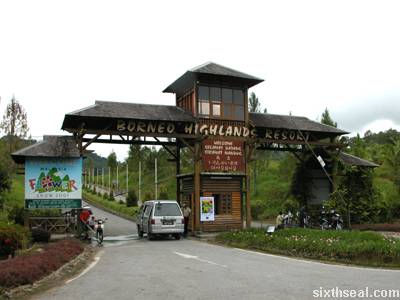 Our adventure to the only (?) hot springs in Kuching began at
approximately 15:30. It was an on the spot decision to go and off we
went to Borneo Highlands (which was the original destination).
Unfortunately, we were told that we needed tickets, which can only be
bought in Kuching town, which is 29 km or so away from where we are. 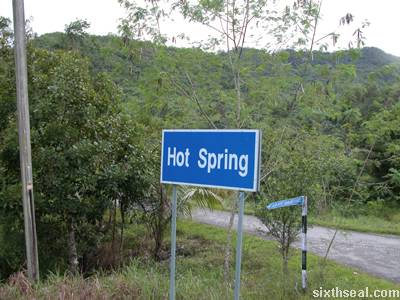 This was on Saturday afternoon, and I remember vaguely seeing
something about hot springs some 2 km away, so we decided to go for
that instead. With a lot of guesses, intuition, outright trial and
error and 15 mg of Xanax, alcohol and hydroponics produce, we managed
to get our asses pretty fucking lost. 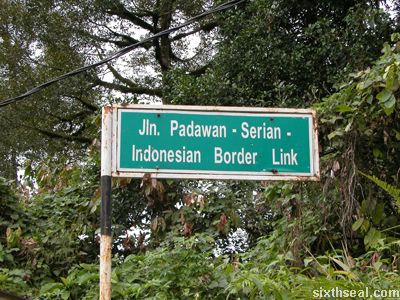 We took a wrong turn that cost us 1 whole hour under less than
optimal road conditions (think steep inclines, mud and gravel single
lanes). We turned back and noticed that the Hot Spring sign was
pointing right instead of left. Duh. Off we went again, and this road
was way more complex then the last. 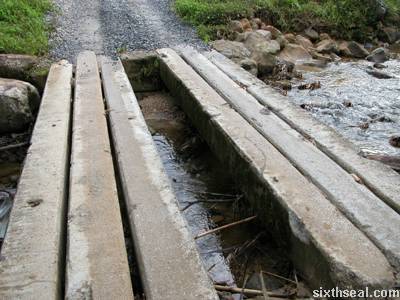 There was thrown together pilings as bridges (with one piling missing in the middle). 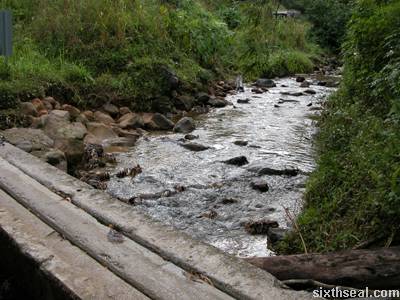 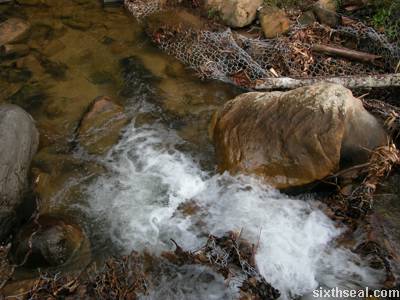 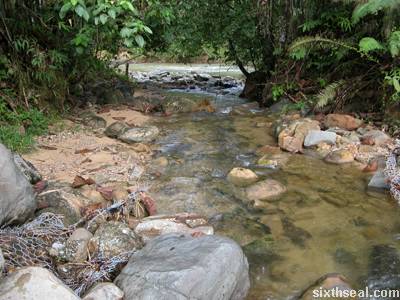 There were fucking rotten wood bridges. We didn’t know where we
ended up but we knew that the fuel was running low and according to my
calculations, we used up more gas coming here, so I was thinking we
wouldn’t be going back to Kuching tonight. 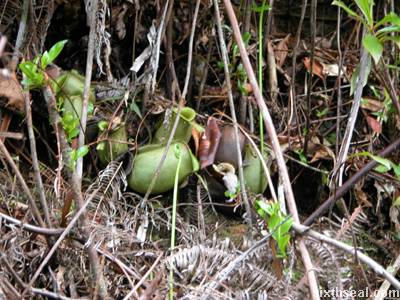 I was actually looking forward to going to spend the night at a
longhouse and drink some tuak and all that. 🙂 There were no cellular
lines (we all carry different mobile operator SIM cards, there just
isn’t any coverage there) so we couldn’t very well attempt to call
friends for gas rescue. 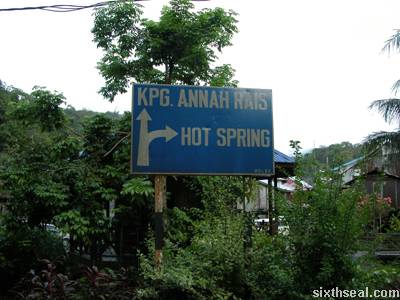 Thus, at one last wrong turn, as it was getting dark, we decided to
leave, on account of the low fuel. I thought it would have been a real
adventure to spend the night in a longhouse with the locals, but alas,
we had plans for that night as well (next two posts will be about the
night part of Saturday night). Thus we tried to drive back (well
everyone except me, since all the three substances together does not a
good driver make). 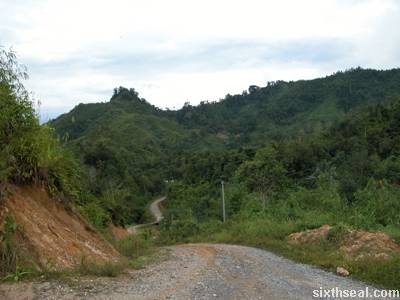 I said tried. There was this steep incline and we were in a van and
we simply could not get the better of the hill. The wheels were caked
with mud. There was no friction. It kept stopping at some point near
the top of the incline. There were many, many attempts and all three of
us (including Miriam) had to push the van to give it more traction. No
go. 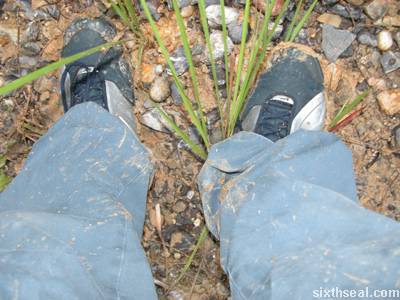 Look at the tire burn on the rocks. 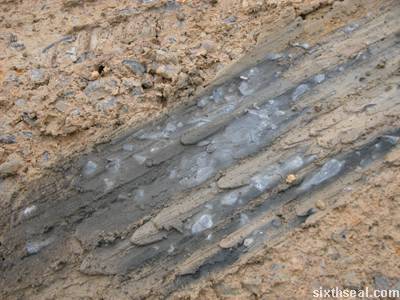 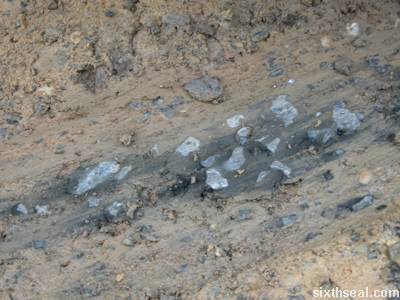 I imagine a lot of tire material was lost to this hill. 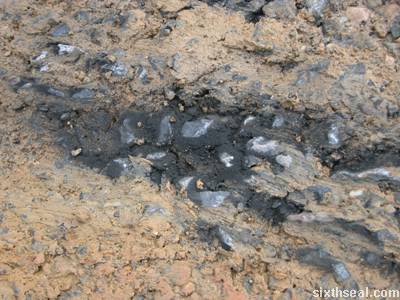 There was even smoke coming out while revving the engine in order to try and fucking own this hill. 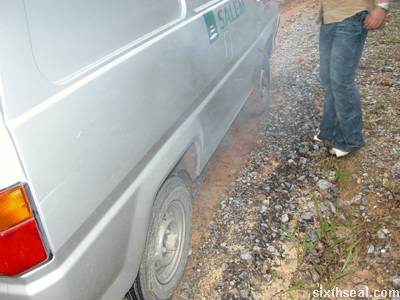 All seemed lost until we remembered something Ah Boon had said last
time. Same situation, they used a back weight to compensate for the
traction required to overcome such gnarly situations. 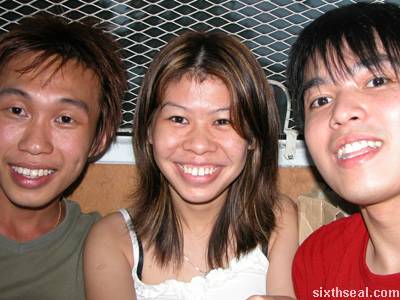 Here’s passing along the advice: Get everyone except the driver to
sit at the back, the back most part of the vehicle. Worked like a
charm. There were at least 10 aborted attempts to get past this
obstacle, but with this backweight (us three), we went over in the
first try and it was onwards, ho! 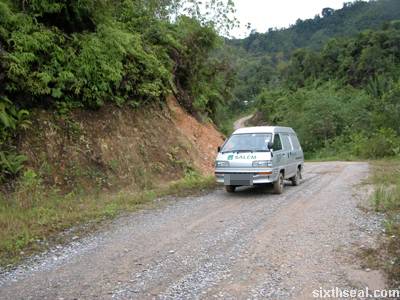 We drove back to the place with the piling bridge, and not satisfied
at not being able to play around in hot springs, we went for this cold
running water instead. 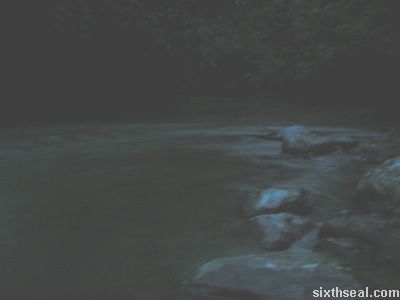 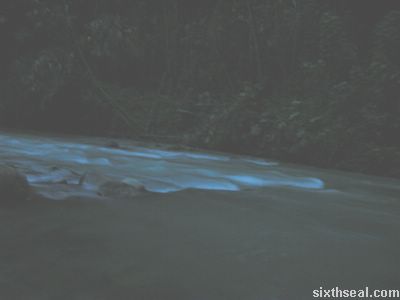 It was clean and used for drinking water at the village downstream. 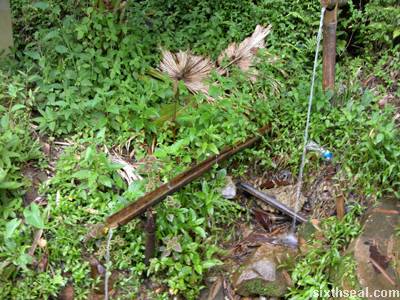 It felt cool, but it was dark (nightfall already, spent several hours on the road) so we headed home after a few minutes. 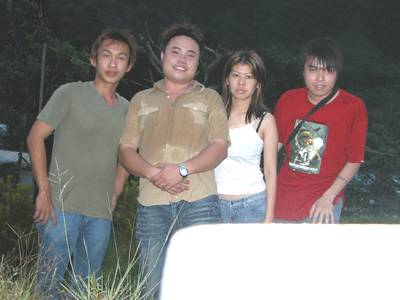 We shall try again next Saturday. No hot springs will be the best of us, no sir!