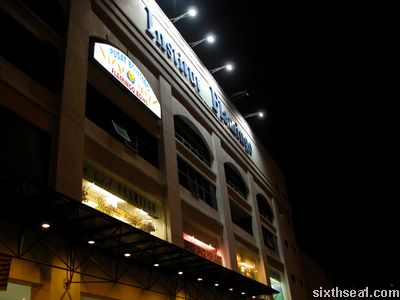 XM has a bowling competition every year. I just came in time for
this years – it was held at Flamingo Bowl @ Institut Flamingo (near
Hotel Flamingo in Ampang) on the 28th of August 2003. 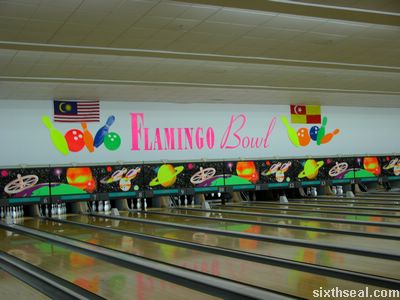 The bowling started at 8 pm so a couple of us headed there first to
get some food (it’s in one of the posts below) before going to Hotel
Flamingo. 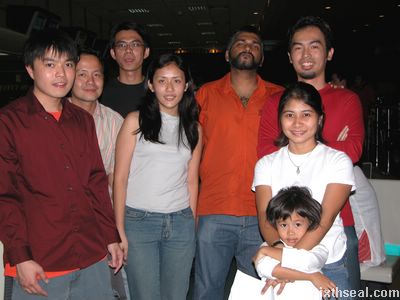 From left: Huai Bin (me), Chia, Wai Hing, Mandy, Vijay, Kelvin, Nita and her daughter. Not everyone was in the shot.

I was assigned to Vijay’s team. Pictured above is a group shot before the session. 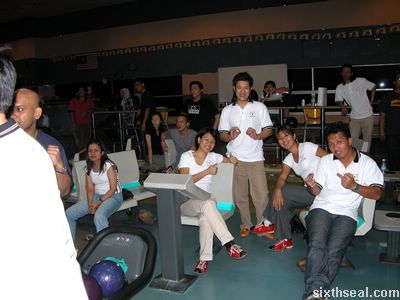 There was a team with their own custom shirts – Team To-Fu, the elite bowlers of XM. 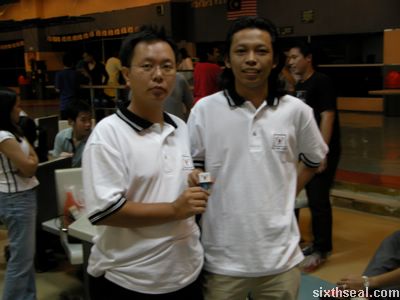 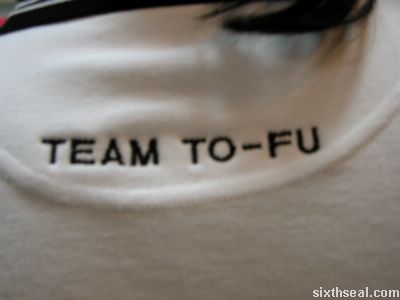 Here’s a shot of the logo from Azli’s shirt. 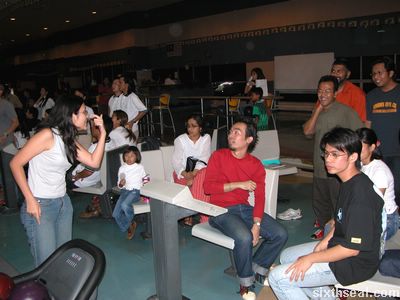 This is the team I’m in. 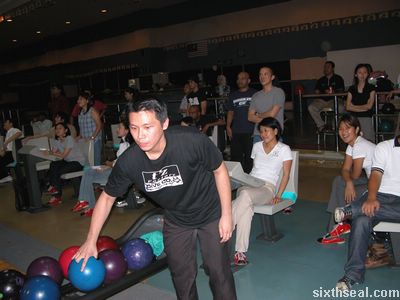 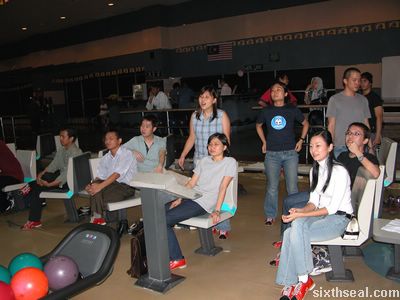 There are several teams, it’s a company wide event. 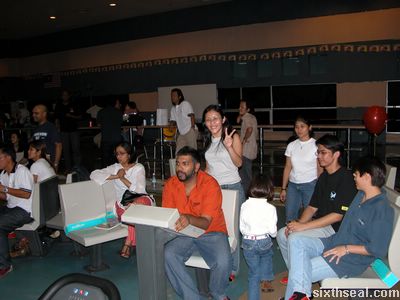 Another one of my team. 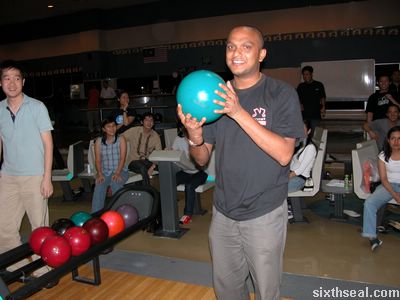 He’s got bigger balls than yours. 😉 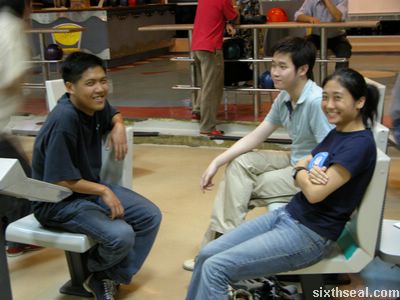 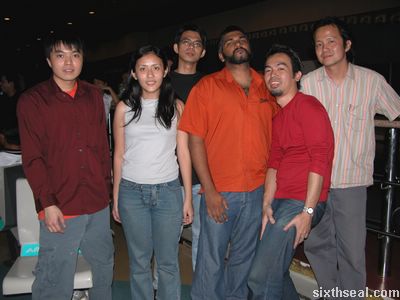 Here’s another shot of our team – after the session. I went back earlier because I had some stuff to do before sleeping.

I think it’s the first time I’ve been to Ampang.