I had a belated Mid-Autumn Festival dinner today with a group of my friends from high school.
The list of attendees are: Ung Hing, who arrived 1 1/2 hours late because there was a train
accident which delayed his train, Karen, Fu Liang (the only one who is not from our high school),
Thien Na, who drove her Lancer down from the city, Chuck Fong and his brother Chuck Yong, the
elusive Christopher, Adrian and of course me. We went to Ocean King in Glen Waverley and had one of
their banquets. Off my memory (which is slowly becoming erratic) there was abalone soup, prawns
with noodles, black pepper beef, fish (a meal isn’t complete without fish, or so I hear), spicy
breaded chicken, some tofu dish, fruits and tong shui. Thien Na and I had the misfortune of sitting
beside the rice holder so we were delegated to serving rice the whole night. Heh. The banquet only
came to about A$15 each, so that’s pretty good for the dishes that are available. 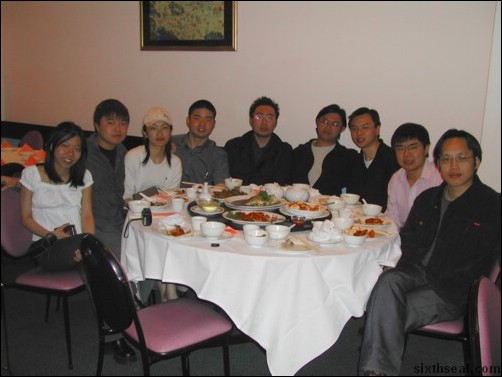 After dinner, we headed down to Intencity, an arcade just opposite the restaurant. Chuck Fong
trashed everyone with his Virtual On skillz and I dominated the Daytona race track. Well, perhaps
dominate is not exactly the right term because Thien Na kept catching up to me. Karen on the other
hand was nowhere to be seen. =D 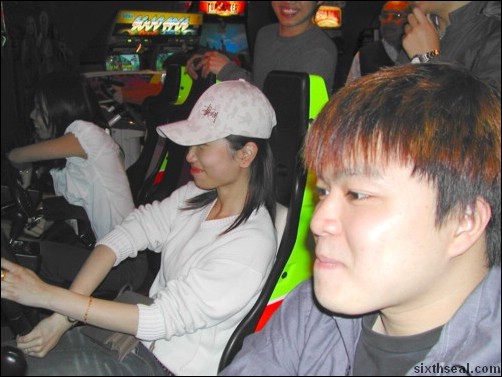 Daytona action. Karen (furthest from camera) is devastated at her loss. Heh. 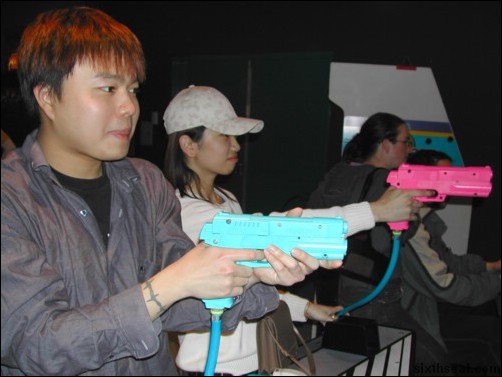 The fruity looking guns are from… 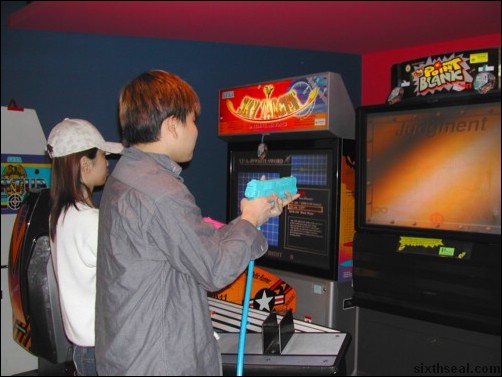 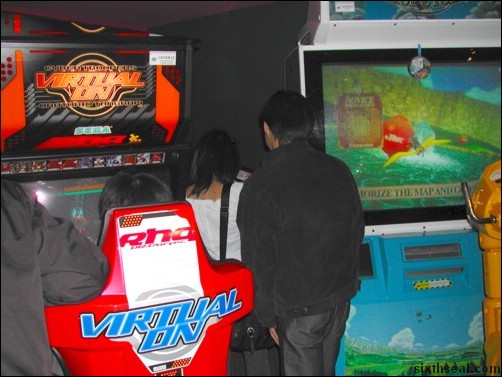 It’s not even 10 pm yet, and Karen and Ung Hing are already sneaking off to get some quality
time alone behind the arcade machines. =D 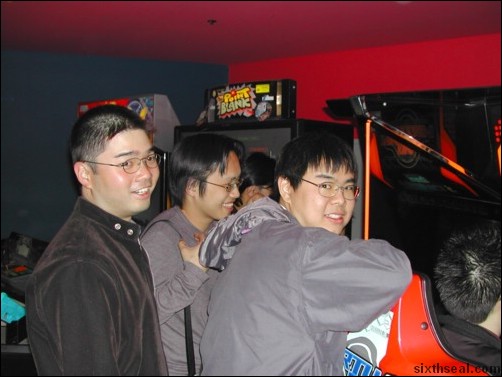 The line forming to dethrone Chuck Fong at Virtual On. 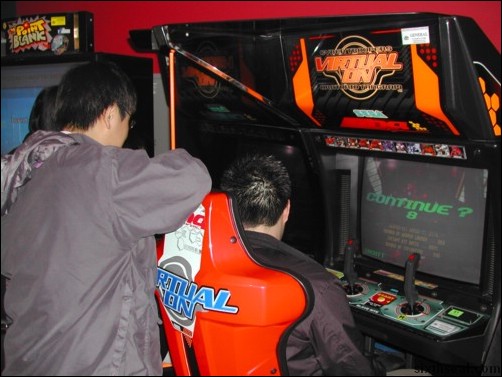 Another victim falls to Chuck Fong’s Virtual On skillz. 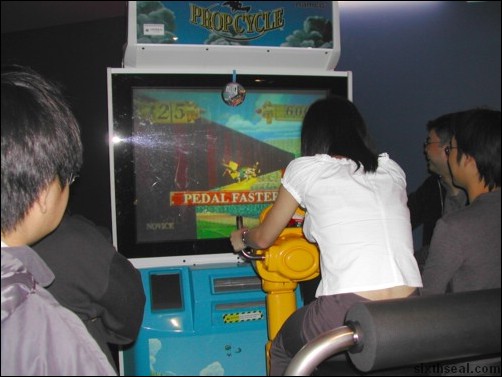 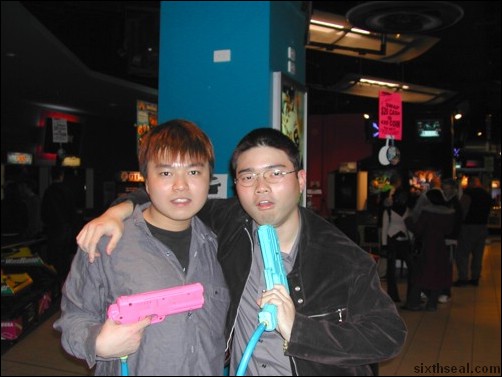 You don’t want to meet us in a dark alley. We’ll probably force you to play Point Blank with us
or something. =D 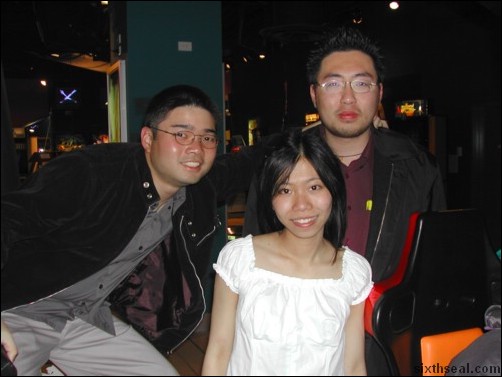 I find pictures in my digicam that I don’t remember taking. Heh. =D 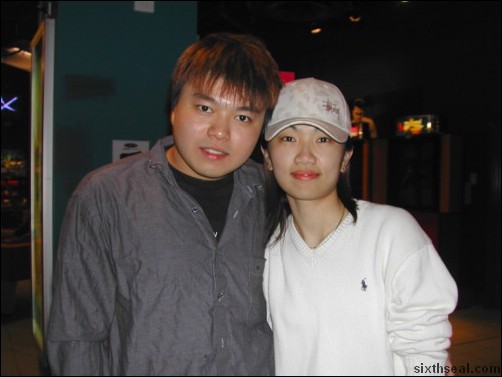 This is me and Thien Na. She sat in the row beside mine in Form Five. Interesting fact: All but
three of the people that came tonight are from the same class in Form Five. 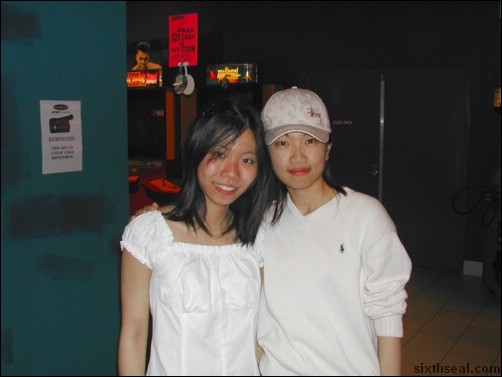 The girls. I’ve been in the same class as Karen since Primary 1. Imagine that. =D 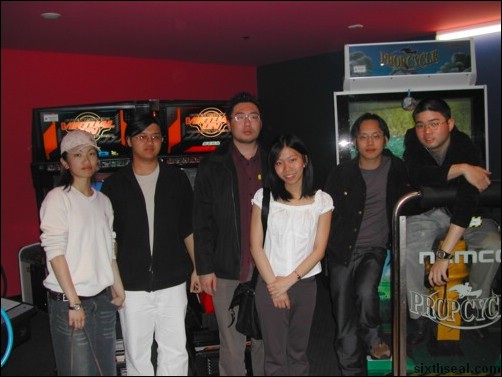 A partial group shot in the arcade.