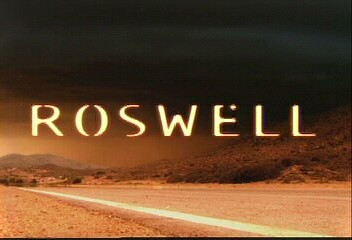 Well, I’ve just finished watching the first season of Roswell
[crashdown.com]. It can be a real pain to watch at times, some of the
plot lines are just too cheesy. Especially the kissing causes
flashbacks scenes. God, I cringe for whoever thought up that idea. I
cringe for you mate.
Anyway, besides that, there are some good things about the show. I like
the alien conspiracy line and how the characters developed, and I like
William Sadler as the sheriff. Also, Sheri Appleby’s good looks can
carry the show pretty well by herself. 🙂 She looks a lot like Natalie
Portman actually, and not just because they’re both Jewish.
Well, I’ve got the second and third season on my hard disk (they’re all
Tivo rips) and I’ve decided to watch them even though it can be grating
at times. I’ve even made up a top 5 list of the cheesiest but oft
repeated lines in Roswell.

1. This changes everything/Things will never be the same
2. We can’t let anyone know
3. You won’t understand
4. We’re different
5. What have you been hiding from me(us)?/Why wasn’t I told about this?

Anyway, Roswell is not even trying hard enough to be sci fi. There
are some very distracting realism issues, like the one near the end of
the first season where they snuck into a military complex. It’s a high
security military complex and yet they were cavorting inside like they
owned the place. One would think that security cameras would pick up
their frolicking, but no…Oh well, I guess it’s not meant to be a sci
fi show. Most people’s responses about Roswell would be But it’s so teen. Which is true. 🙂

Well, anyway I’ve fixed the problem where the sidebar disappears in
800 x 600 resolutions. It turned out to be because of the POTD being
too big. I’ll be working on my programming project for IE today so the
other fixes would be done tomorrow. Things I’ve still go to do: get
pictures and the about me stuff online, make a best of sixthseal.com
thing where some of the better old posts are available, grouped by
topic and create a new logo. The old “solar eyes” one is a half assed
attempt anyway.

59 thoughts on “The silver hand print”