I went to Moomba with a couple of my friends on Saturday night.
Moomba is an annual festival and the word is from an Aboriginal word
which means “getting together and having fun” and it lasts a week.
There are concerts, street parades, waterskiing competitions but we
just went to the carnival and fireworks show. 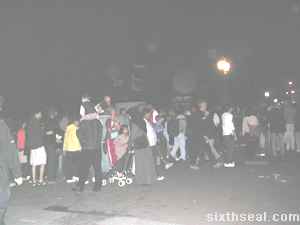 The place was totally packed by the time we got there, which was
slightly after 9 pm. I had to apply contrast, gamma correction and
sharpen liberally to some of the pictures coz my battery was low and I
could not use flash all the time. 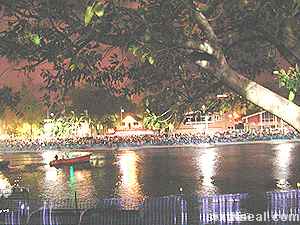 The east bank was full of people since it’s the best place for
watching the fireworks show. The boats you see in the middle of the
river are the barges they let the fireworks off from. The west bank had
trees and lamp posts that obscure the vision slightly, so it’s not that
popular. 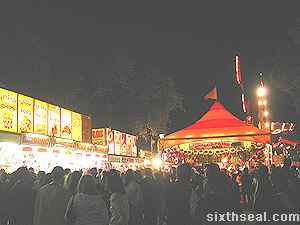 Well, there were so many people there that it’s hard to even walk at a reasonable pace! 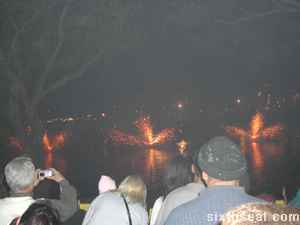 The barge they’re letting fireworks off from 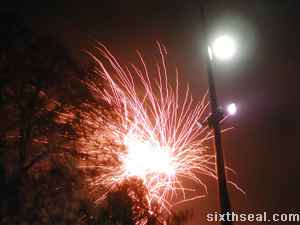 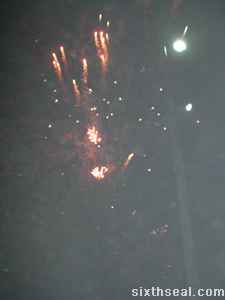 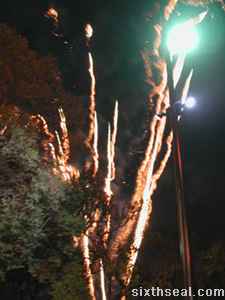 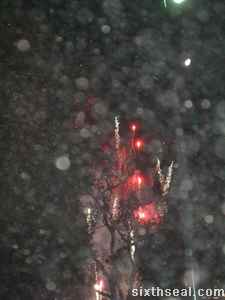 We watched the fireworks, which was okay, but Christopher said that
it wasn’t as impressive as the one our “Au Yong Contingent” produced
this year. Heh. We both live around the Au Yong Road region back in
Sibu. 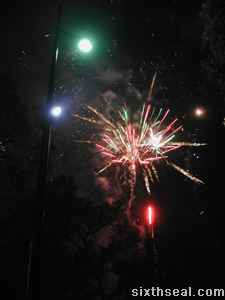 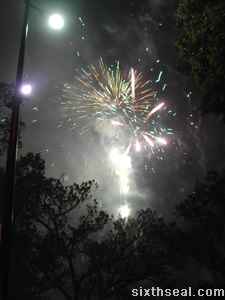 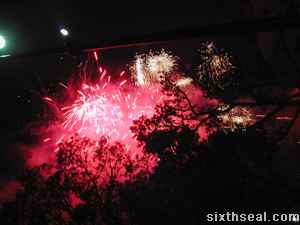 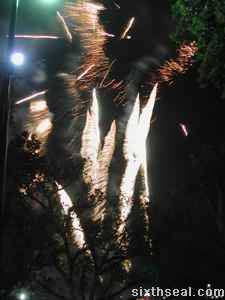 Anyway, it was good for me to watch the fireworks since I came back
early this year. I didn’t get to spend Chinese New Year in Sibu coz of
my summer subject and IE. I failed my summer subject, which makes it a
fucking waste, but let’s not talk about that. 🙂 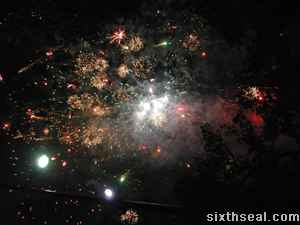 The finale, taken with flash

Well, the atmosphere was pretty good, lots of smoke and that that
fireworks smell which is associated with Chinese New Year in my mind.
It lasted probably 20 minutes, and then we walked around for a bit. 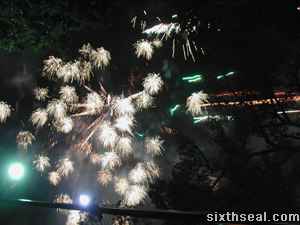 The finale, taken without flash

A couple of us went on the Ranger, it’s that ride that goes 360 degrees. 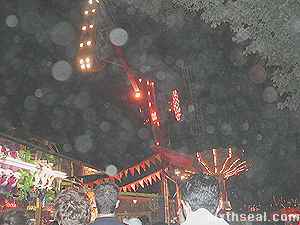 I was planning to bring my digicam on it and take a photo while it
was upside down but hmm…it’s a good thing I didn’t coz even though
technically you know the centrifugal forces will hold you down, there
is a strong psychological urge to hold onto the bar anyway. 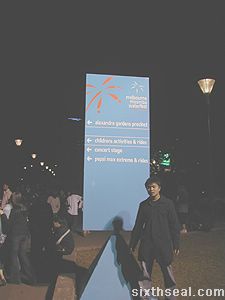 Me in front of the Moomba directions signboard

Anyway, there were a couple of other rides there: 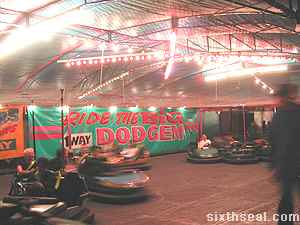 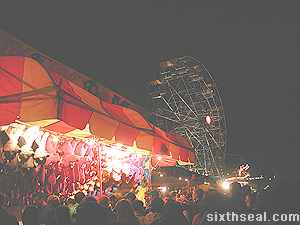 A ferris wheel behind the carnival stalls. 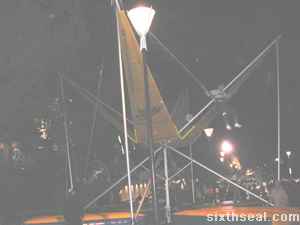 Some kind of swing which “allow your to defy gravity for 4 minutes”.
It’s kinda like a cross between a huge trampoline and a reverse bungee. 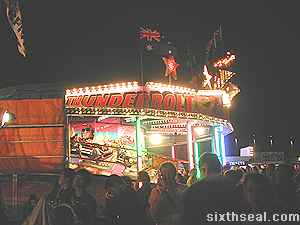 The Thunderbolt! A mini roller coaster. 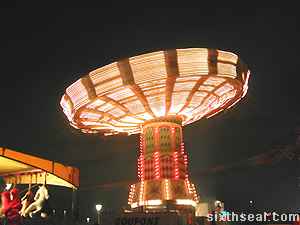 Some kind of spinning thingy which will make you throw up so I didn’t get on it, considering we just had a huge dinner before. 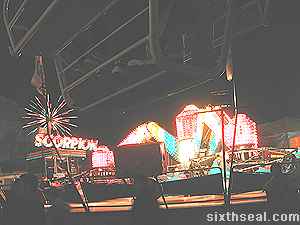 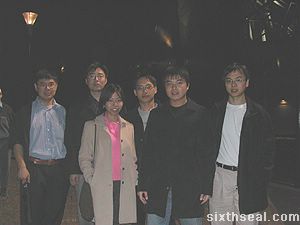 This is us – the bunch of high school friends from Methodist High School, Sibu who’re in Melbourne

From left: Chuck Yong, Adrian, Karen, Ung Hing, Huai Bin (me), Chuck Fong.
Not everyone was in the picture.