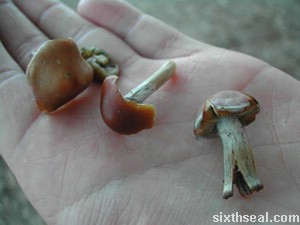 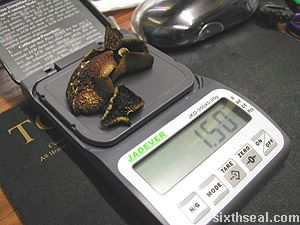 I’m consuming the magic mushrooms on an empty stomach (last meal –
20 hours ago). The mushrooms are all caps, without the stems. I chewed
it up real good and held it in my mouth for about 10 minutes. I was
warned that it tastes really bad so I should powder it up or something.
It doesn’t taste bad at all! On the contrary, it tastes rather
delicious! The taste is fragrant and aromatic, it reminded me of
shitake mushrooms. It tastes like dried shitake mushrooms too. I didn’t
have any problems consuming it as is, I liked it actually. Great taste
and texture! 🙂 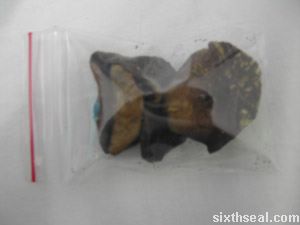 felt about 30 minutes later
shadows say a lot about things
in darkness, shadows are amazing. they really do say a lot.
some are spooky, some are nice
visual disturbance = mostly shadows and color inverting (slight)
like suddenly a red thing on a yellow background will become a yellow
thing on a red background. it lasts for a while and then stops and the
starts. goes away when focused hard. only happens in bright light

i find myself attracted to simple things, like a bug flying about,
for half a sec, i seriously considered that it’s dancing to the music
i’m listening to. 🙂 it flies around based on the beat of the music

later:
t+45
mild “darkness” not refering to light here
heightened sensitivity to everything – cold, hunger, pain and aches etc
thought process difinately altered
also more body load
quite high or either i’m imagining it, part of psychedelic experience
prob the latter
weakness in legs, heavynes in head, muscle sore eveywhere
feelsl ike my whole body is sore 🙂 but thats a frequent feeling i
have, mostly after long tweak sessions, just came off one, prob not
related to shroom

“breathing” hallucinations like lsd
🙂
visual distortion like things are breathing
hahaha!
oh fuck i lauged out loud as i saw a cev
now i can’t stop laughing
heheheh
the cev i saw was the pattern of a cupboard – the wood pattern morphing,
its very fucking amazing !!!! the visual effect is very consistant, and its ALWAYS THERE. doesn’t go away if you look away.
nice
it looks like the wood patterns is flowing, like a waterfall, from the
top down. and then up again…no, no ups, its all flowing down, just
looked like it was up at a point, like when you look at wawterfalls.
very consistant and amazing…open eyed visuals, looks like the wood is
constantly morphing and flowing.
only that cupboard behaves that way, i suspect its coz of the pattern,
it makes the visuals very nice. other objects don’t display this level
of visual distortion
alll the wood distortions happened in bright light

The most impressive visual of that night was this: 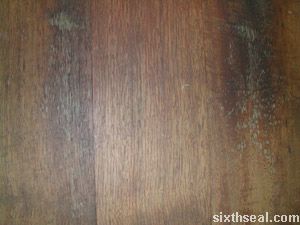 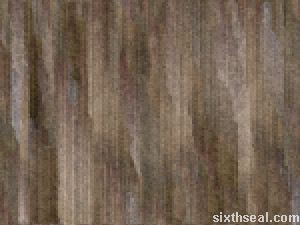 This doesn’t do it justice though, the effect is continuous, and the
pixilation was smoother and the effect is “transparent”, not like this
blending representation. My Photoshop skills are not sufficient to do
an artist’s depiction of the visual. Sorry. 🙂 But it was a great
visual, the best of the night.

Note: Neither I nor CT possess any mushrooms (fresh, dried or
otherwise). This post describes events that have already happened and
thus is in the past.