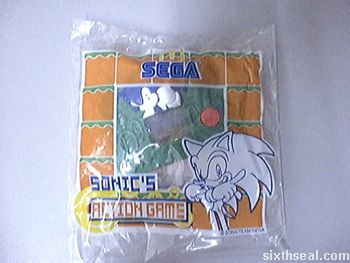 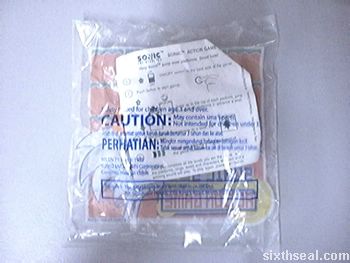 This is the final one in the series – it came out yesterday, and I
went to get one early in the morning. The quality of the photos are
quite dismal because they are taken using a webcam, the Logitech
Quickcam Pro 3000 that I had since the beginning of this blog. My
digicam is still out of service, and probably will be for at least a
week. Anyway, Sonic’s Action Game differs from the others in that it
only has one button instead of the standard two. The background is the
most colorful and detailed in the series and the game play is different
– this one is a platform game, like the first Sega Sonic the Hedgehog
games. The single red button is used to make Sonic jump over obstacles
(where there sometimes are rings) and the game speeds up at each level.
It seems to have 4 levels instead of the usual 3 and the last two
levels are quite fast – rather challenging, until you find out that
depressing the jump button repeatedly will get you through the final
two levels without even looking at the LCD screen. It’s an interesting
game nevertheless, different from the others and a nice one to end the
McDonald’s/Sega mini video game promotion series. 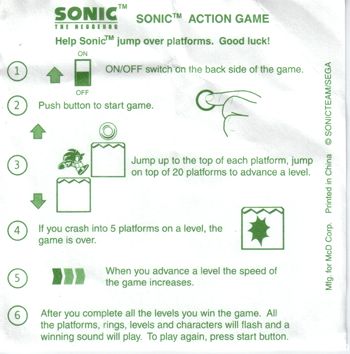 The manual for Sonic’s Action Game 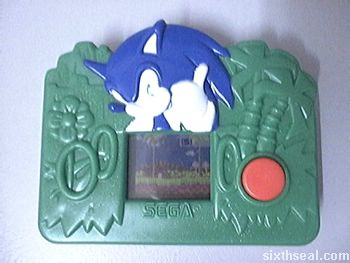 The front of Sonic’s Action Game 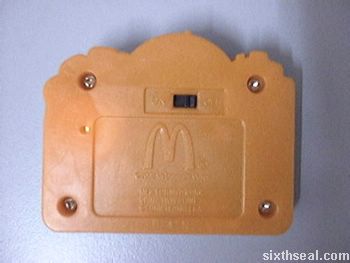 The back of Sonic’s Action Game 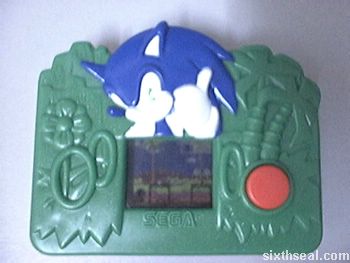