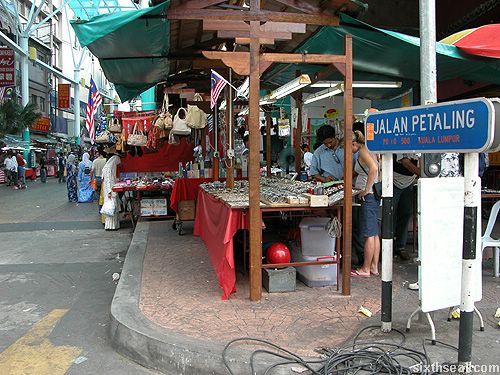 Jalan Petaling – there are stores selling all sorts of stuff from imitation watches to t-shirts. 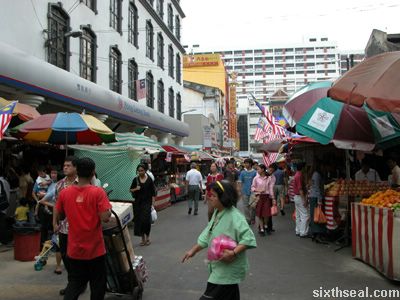 There are stalls selling fruits. 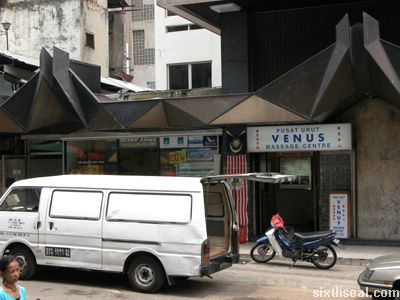 There are massage parlors. 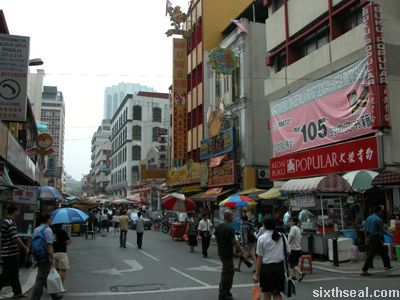 There are large book stores. 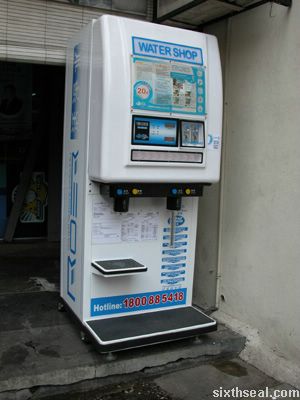 There’s this strange vending machine selling water for 20 cents. I’ve
never seen it before. Very impressive and puzzling at the same time. 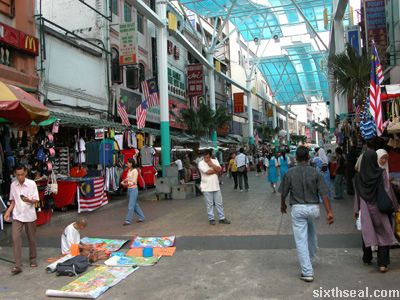 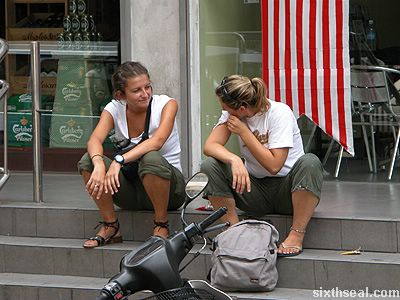 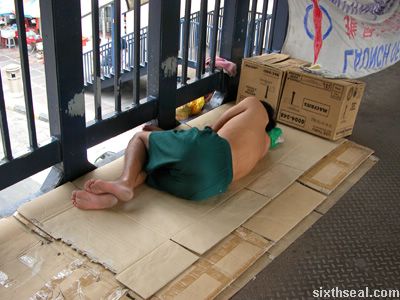 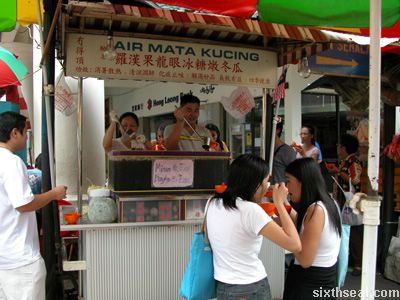 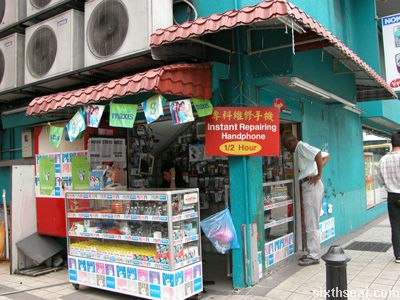 I had to repair my cell phone coz the speaker wasn’t working…he
quoted RM 35, I said RM 30 and he said okay. Suspect it could have been
cheaper but it’s hard to bargain with a digicam strapped around you,
you look too much like a tourist – fair game. Highly recommended
though, fixed it in 15 minutes. Later, I found out that the speaker was
not working again so I went back and he opened everything up, changed
the mike and soldered everything back free of charge. Nice guy too. 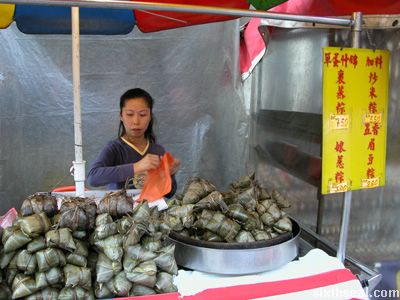 A dumpling store at petaling street. 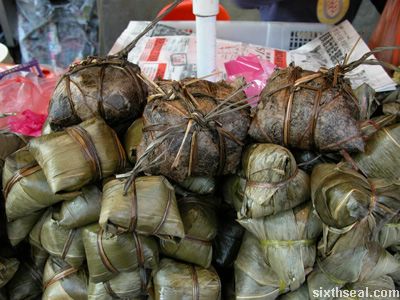 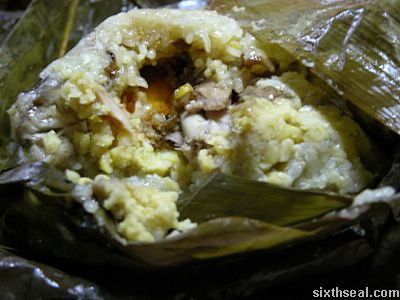 Here’s a closer look – it has large chicken pieces (with bone intact),
mushrooms, egg yolk, nuts and even mussels! Very filling too. 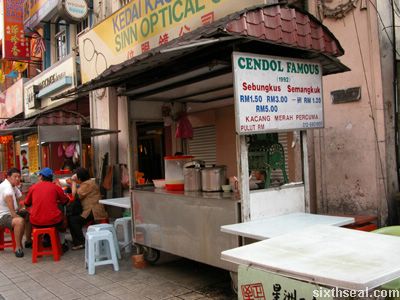 Cendol – a drink made with shredded ice and stuff. 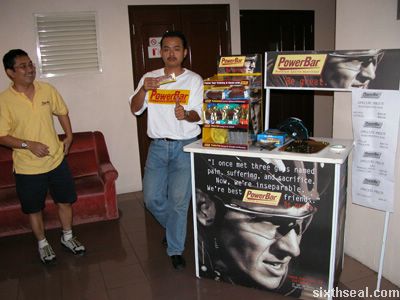 There was a PowerBar promotion booth beside the lifts at the hotel – bars for RM 5 and gels for RM 7. 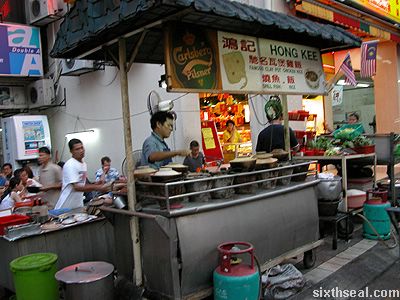 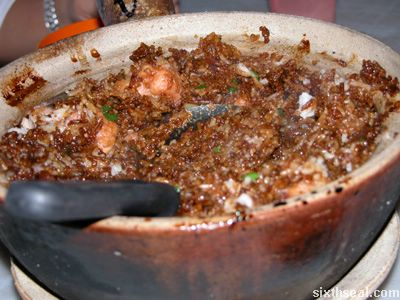 This is claypot chicken rice for 3. 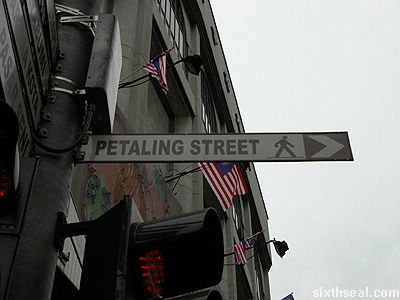 Anyway, these are the set of photos I took around Petaling Street.
I’m sorry for not being able to answer the comments today, I have to
pack up everything, including my PC, coz I’m moving over to Richard’s
(who kindly offered to put me up for a week) early tomorrow morning. I
will update tomorrow and reply all the comments – thanks everyone, I
appreciate your feedback!

1 thought on “Petaling street (Jalan Petaling): Walking around with a digicam”