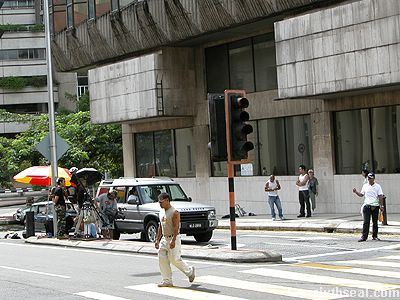 I saw some people filming a local production at Jalan Gereja this
morning as we were heading to mass. It seemed to be a low budget film,
considering the lack of road cordons, security or high end film
equipment so I just took a couple of shots and then went to church.
Anyway, after mass, we walked pass the set again and Richard noticed
that one of the cast is Anita Sarawak. 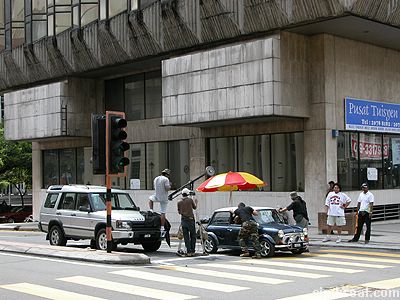 Remember her? She’s the local artist that was popular many years
ago, and she’s looking relatively young for her age. She was there with
her Caucasian husband. I don’t know much about her, this is what the
others told me. I don’t know what this film is titled, but Anita
Sarawak was getting out of Land Rover and there was also a scene
involving a mini that the guys had to push back and forth after failed
scenes. 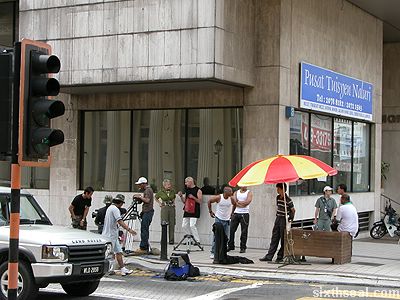 Here’s a photo of Anita Sarawak beside her husband and some other
cast members. She was only there for a short time before leaving, and I
took this photo as we walked past (there are no cordons or anything): 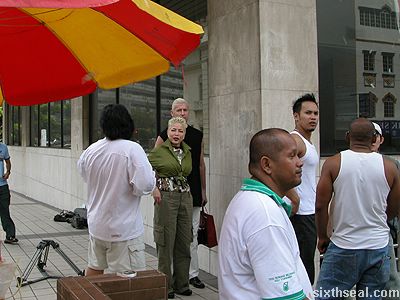 Anita Sarawak is the one with the bleached hair.