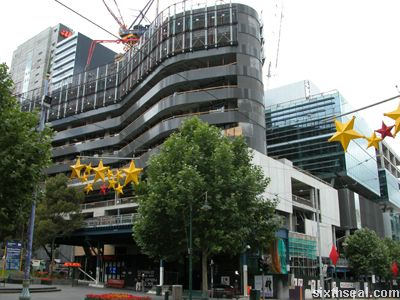 The QV site is one of the changes I noticed – the development work
has completed for some buildings and there were several shops already
open. This is the area beside the State Library and used to be the
Queen Victoria Hospital site before it was demolished. I remember
seeing the QV block being in development for a long time, last I saw,
it was a huge pit in the ground and now the QV complex has sprung up. 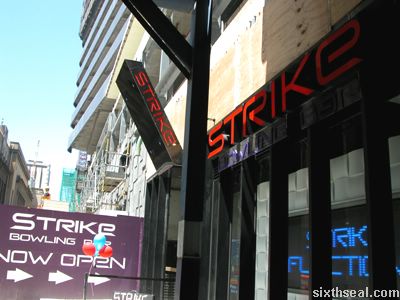 There is a bowling bar called Strike bordering the edge that faces
the State Library. I would assume a bowling bar is a bowling alley that
has a liquor license, but I didn’t have time to drop in and check. I
had to cover a lot of places before the convocation later in the
evening. 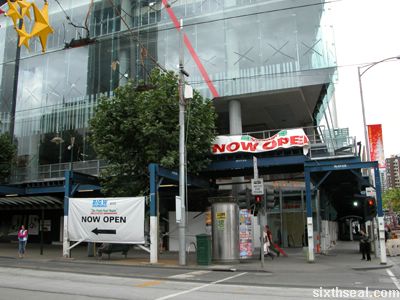 This is the other end of the QV building – it has banners proclaiming the opening of Big W and Safeway. 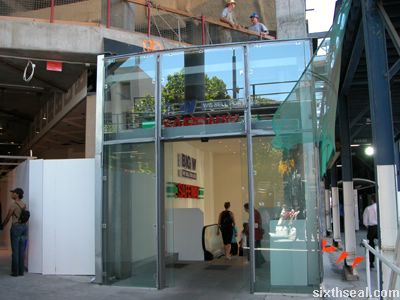 The escalator goes straight down into Big W (a department store
chain). I had to navigate through the store before exiting to the main
square. 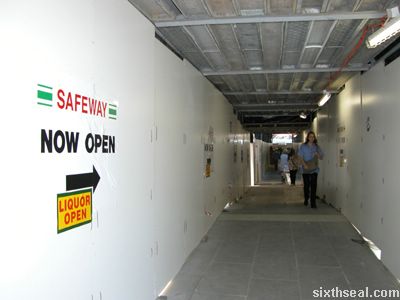 I later found out that this side alley beside the escalators leads
directly to the central area and to Safeway (a supermarket chain). 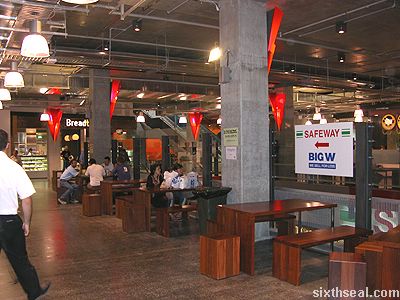 This is the central area/food court. There are several food outlets
here – off the top of my head, I remember seeing KFC, Wendy’s, and some
fruit juice shake franchise. 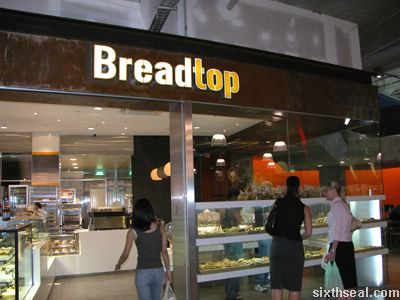 There’s also a bakery called Breadtop. I misread it as BreadTalk at first, found that funny. 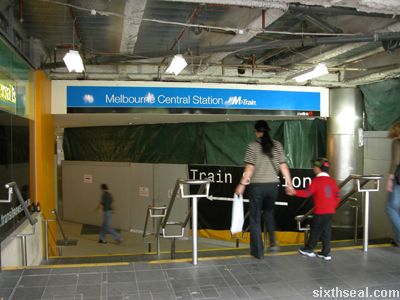 I found out that Melbourne Central has undergone development work as
well on the first day I arrived. I saw that the escalators from
Melbourne Central Station has been boarded up and redirected to another
entry point. 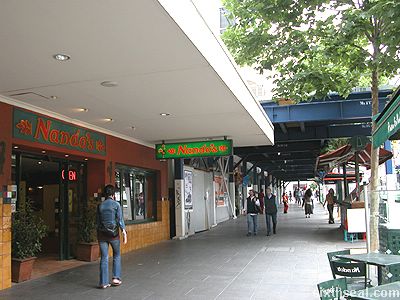 Prior to that, signs of construction work can be seen – the area
after Nando’s on Swanston Street is covered up until the newsagent’s
opening. 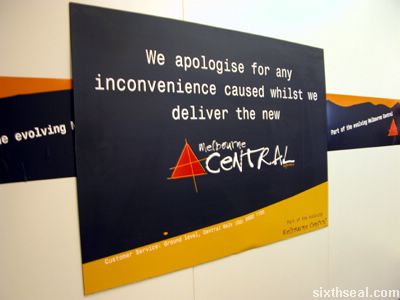 There isn’t much going on inside either – most of the mall seems to
be closed and boarded up with a notice about development. The newsagent
is open, as well as several shops on the ground floor. The upper floors
seem to be devoid of commerce though as can be seen from this photo: 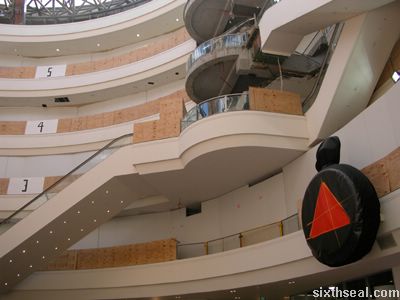