The first round of Chinese New Year visitations kick started as I
was awakened at about 1:15 pm by a phone call, and we arranged to meet
at Johnny’s house to start things off: 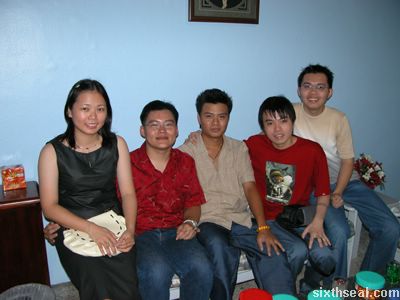 Next up is Frank, stopped by his house and played with his kitten. 🙂 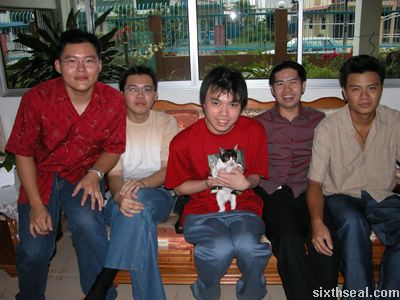 Picked Frank up and we headed down to Diana’s place. She’s actually
living in Kuching now, but comes back during Chinese New Year. This is
the first shot (facing inwards): 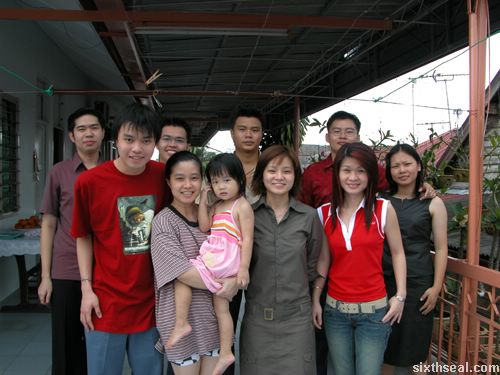 We took another shot facing outwards: 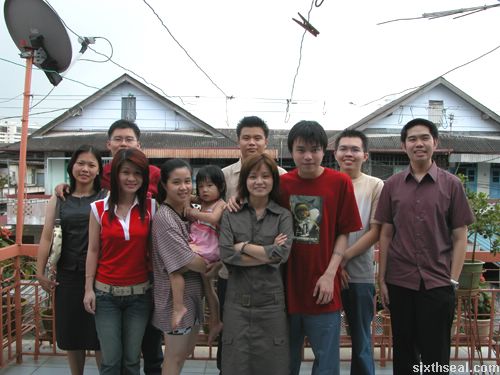 Next up is Lisa’s house. Here’s a shot of us: 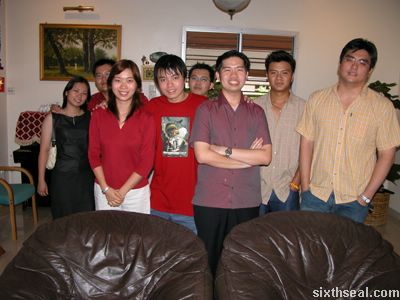 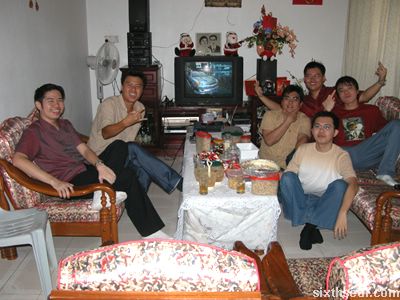 I’ll have to go out again in a while. I’ll try to reply all the
comments until I have to leave. Chinese New Year, quite busy, my
apologies. 🙂