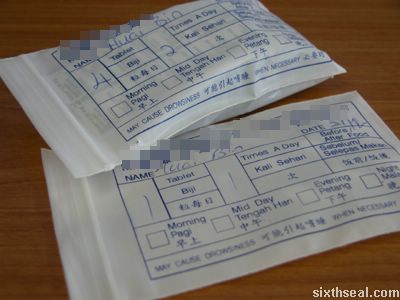 I feel obligated to relate to thee the events that happened on this
extraordinary day, the 21st of February 2004, two hours past full noon,
though it may well be the 22nd by the time you see this, dear sirs and
madams. I fear that the title may be slightly misleading and I shall
switch back to my normal style of my writing now to be less irritating.

Okay, so I just went doctor shopping. No passionate rendezvous with
any female doctors happened, wtf is wrong with you people? 😉 I meant
to write “My afternoon (spent doctor shopping) with a (doctor who
happens to be female)” that’s all. My apologies for any
misunderstanding. Anyway, if you still want to hear about it, here’s
the payload: alprazolam (Xanax) and midazolam (Dormicum).

I passed by a clinic while driving around after work and noticed a
clinic. Why not, I thought, let’s go doctor shopping. Anyway, I saw
that this clinic has a female doctor’s name (not that it’s of any
significance) but I did not expect the doctor to be this young and
aesthetically pleasing. Who says there aren’t any hot chicks in med
school? 😉 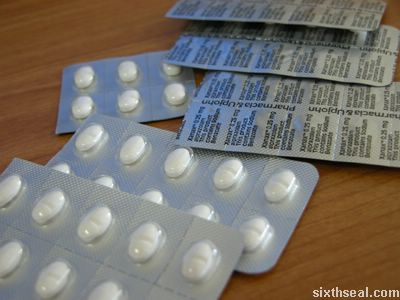 Well, anyway, I reckon she’s around my age (!), by the looks of
things and gave her the usual veritas doctor shopping spiel (TM). Most
of you would know the gist of what I usually say, so I’ll spare you the
details. I now straight out say I’m on benzodiazepine therapy (the key
word to emphasize is therapy) and I add that “the psychologist who
evaluated me felt that it was justified to continue past the usual 2-4
weeks due to the circumstances surrounding my medical history”.

It’s never failed me, that last bit. 😉 This is doctor shopping
(Kuching Edition) #4. I’m a bit wary about revealing the gender of the
doctor coz I don’t think there’s many female doctors in Kuching…plus
I saw her surfing the net on her computer when I walked in. I have a
lot of drug related keywords which the site has a high rank and it
wouldn’t exactly be hard to find this site or castitas.com with a
search engine.

How many female doctors are there in Kuching anyway? I’ll delete
this post out of respect (and self-preservation ;)) if there’s only
one. And please, don’t be a smartass and post the name of the doctor if
there’s really just one. :p Back to the post, I told her I was on 1 mg
of alprazolam twice daily and 30 mg of flurazepam at night. Respect to
the doctor, she knows her benzodiazepines. 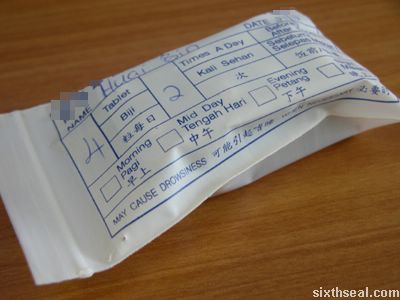 She does not have 1 mg tablets, only 0.25 mg ones but was willing to
prescribe 8 tablets per day for an equivalent dose. Which brings us to
the strange phenomenon of doctors mostly carrying 0.25 mg Xanax tablets
in Kuching. Wtf? Who the hell only takes 0.25 mg of alprazolam? It
boggles the mind! 2 mg tablets are impossible to come by, only select
doctors carry 0.5 mg and 1 mg ones…

No flurazepam as usual (I wonder who stocks this since it’s on
Malaysia’s pharmaceuticals list but no one carries it!), so I asked for
nitrazepam, which she didn’t have as well, so I asked for clonazepam
and that’s a negative too. She told me she has midazolam though, and
asked me how much I usually take. I said 15 mg obviously, but she only
carries the 7.5 mg ones. 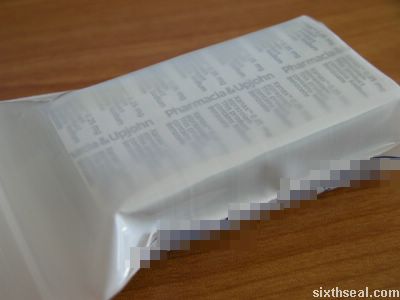 I could have asked for 2 x 7.5 mg but I didn’t want to push the
issue (plus Dormicum is expensive…) so I settled for 7.5 mg nights.
She asked me whether I took it everyday and yeah, I said I did. I also
added that I “don’t take it recreationally, just to manage my
condition” for emphasis. Foot in mouth. Both were wrong answers for she
gave me this wary look when I said “recreationally”. /me kicks self.

She first said it was okay for me to come back for refills but after
this exchange, told me that she thought it would be better for me to
get re-evaluated by a local psychiatrist and she’ll be happy to give me
a permanent script upon the letter by the psychiatrist. I went into the
“been evaluated in Melbourne, it’s a hassle want to sit through 3 hours
of going through my psychiatric history” zhue zhau (literally
“finishing move”, otherwise known as the final backup I have in my
doctor shopping artillery :p). 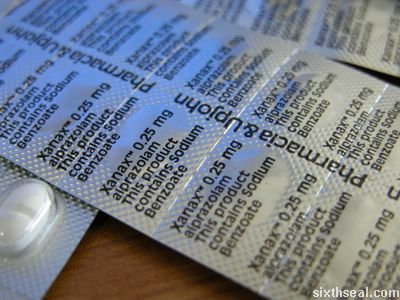 Nope, she didn’t fall for it. She went:

“I understand that it can be traumatic for you to go through another
evaluation, but I cannot ethically continue refilling it without a
psychiatrist’s letter of approval. As you well know, benzodiazepines
lose their efficacy (she used the word efficacy, much respect to her,
didn’t talk Dumb Speak for Patients (TM) with me) after a prolonged
treatment period, and I think you may benefit from a reevaluation”. 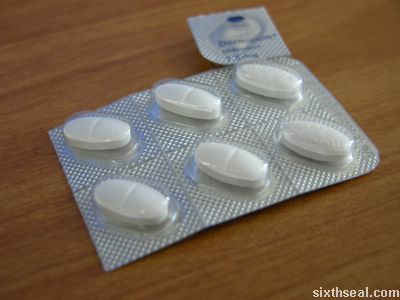 I said I can understand that but I would appreciate it if she could
make an exception because I was new to the city and it would be
difficult for me to fit the psychiatrist into my working schedule, plus
I could provide her with my Australian psychiatric and medication
history. Now this is my last, last, final, final, really lame “secret
weapon” and it worked as well as Iraq’s military against the US aerial
onslaught. 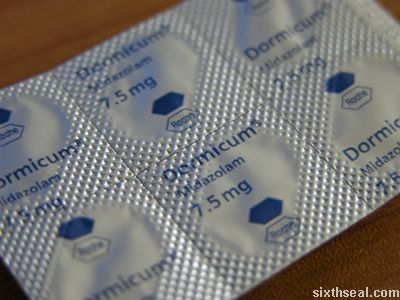 Thus, I gave in and after negotiations, settled for a 1 week supply.
She mentioned that I could refill it due to the nearer proximity of her
clinic ONCE I get the psychiatrists letter. I guess I won’t be going
back then, I’ll be angling for clonazepam instead of alprazolam (which
I take for fun) and midazolam (which I take recreationally as well) if
I really do go to that psychiatrist. Good doctor nevertheless, very
easy to talk to and doesn’t dumb down the terminology with her
patients. This one gets sixthseal’s…er, seal of approval for real
medical conditions that requires a visit to the GP.

7 thoughts on “My afternoon with a female doctor”