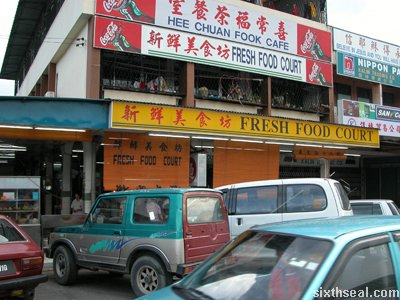 Our quest for the definitive 7th mile (Kota Sentosa) teh c peng did
not start out easily, with feedback ranging from “It doesn’t really
matter now coz every place there does it the same way once it took off”
(Yes, but we wanted to find the pioneering coffee shop) to “It’s the
one beside the 4D outlet” (It would be great if there was only one
place which meets that criteria). It was finally established that Fresh Food Court was the one that introduced the multiple layer teh c peng that has become all the rage now. 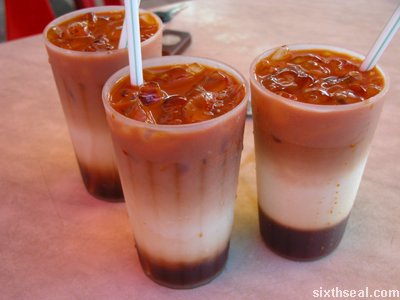 We managed to come to this conclusion based on the existing
criteria’s and several other vague ones (has a kolo mee stall, good
roti canai) and thus our party of four made ourselves comfortable and
ordered the revered beverage. It helped that most other patrons was
imbibing the very same drink, as can be seen from the glasses on their
tables, and from the endless stream of waitresses carrying out the
signature three distinctive layer teh c peng from the beverage counter. 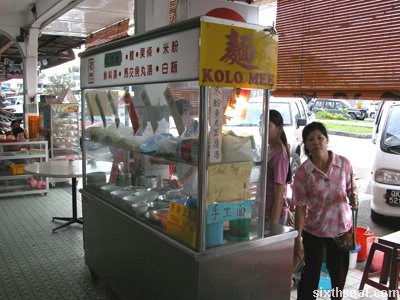 I also had the kolo mee, which was really good and highly
recommended. It should be noted that all kolo mee needs to have “char
siew yew” or char siew oil – the oil that comes from making char siew
(BBQ pork slices) added for the taste to shine through. 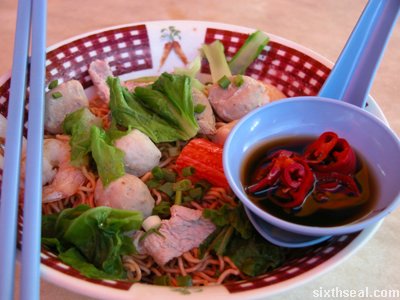 This is the kolo mee – I don’t think I’ve had a bowl that tasted as good as this, but then again, I was really hungry. 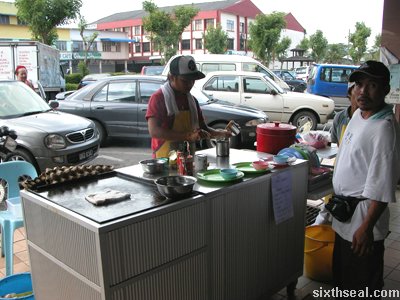 The roti canai should not be missed either. I find that eating kolo
mee and then roti canai is the correct way to go about it, though
others prefer to reverse that gastronomical sequence. 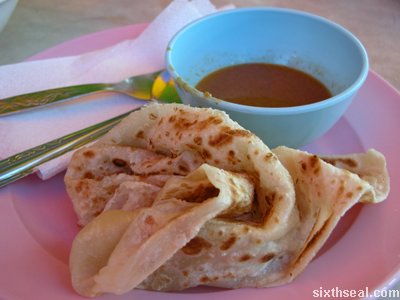 Here’s a shot of the roti canai – slightly sweet bread and good composition. 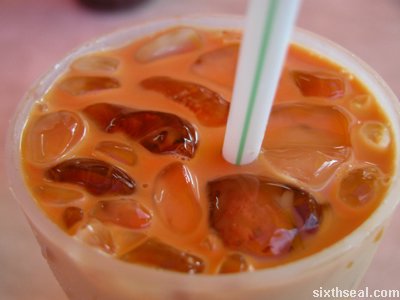 Lest we forget, the teh c peng was very good – the three layers were
distinctive and the concoction was very thick and sweet and strong. One
glass retails for just RM 1.20 – a price which is unheard of in Kuching
city proper. It was sublime…I had three glasses. The ambience of the
place is nice too. It gives off a “Sunday breakfast bustle” feeling
even though it was evening when we got there. 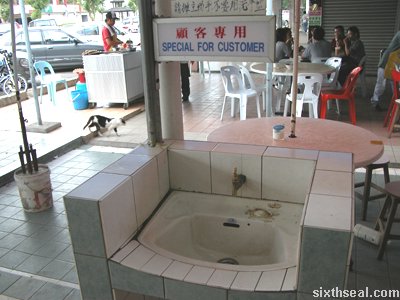 There is a washbasin specially set up for you, too.

15 thoughts on “The definitive 7th mile teh c peng”