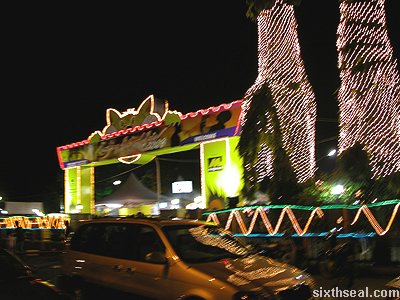 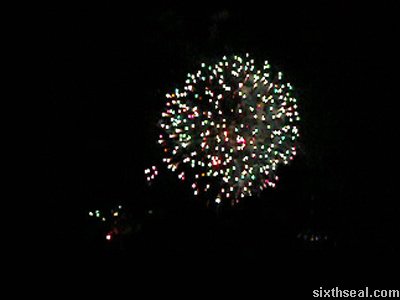 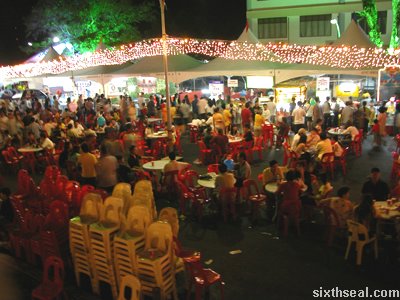 The ground of Kuching Fest 2004 is largely taken up by a massive
open air food court. There were numerous stalls offering everything
from Iban Bamboo Cooked Chicken to Taiwan Sausages (with spicy, regular
and sweet options) lining the sides and tables and chairs in the
middle. There is also an indoor and outdoor area for exhibitors but I
did not find that noteworthy, so this will mainly cover the food fest –
the one which everyone goes to Kuching Fest for! 🙂 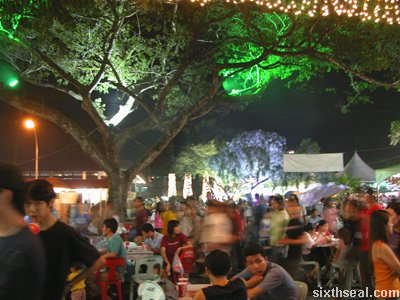 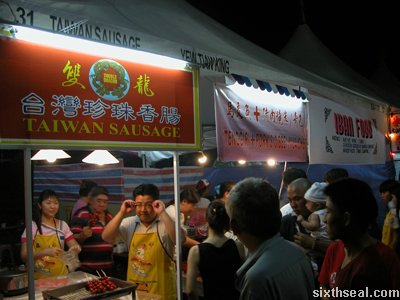 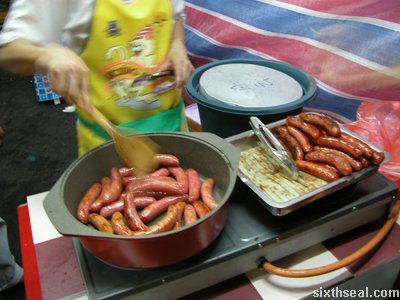 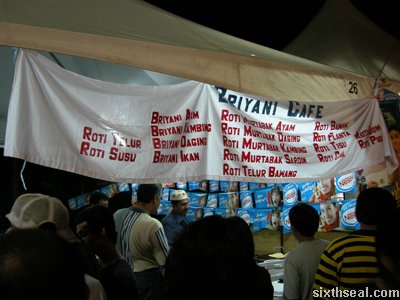 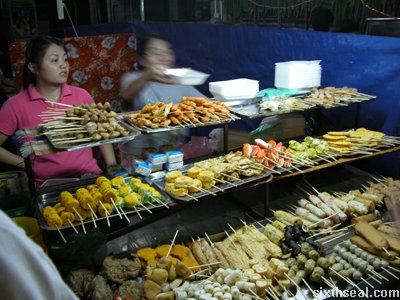 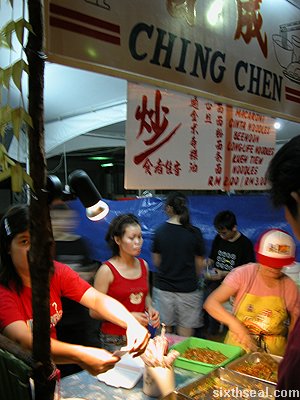 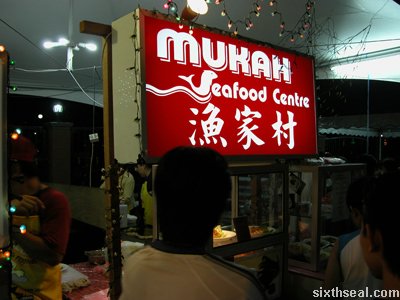 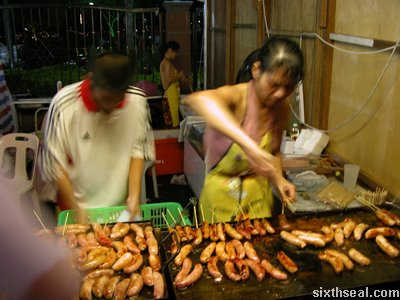 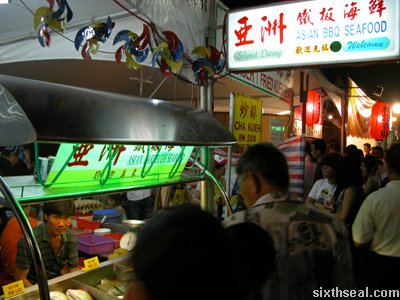 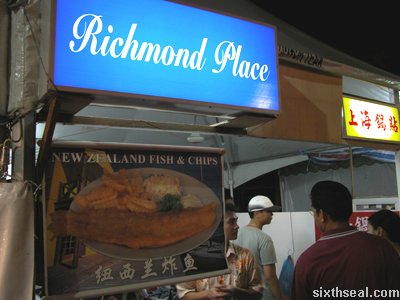 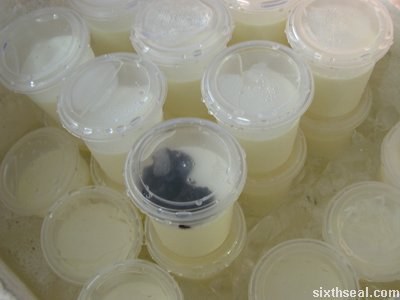 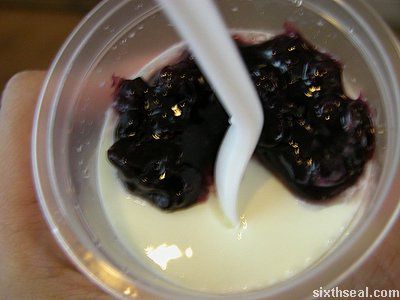 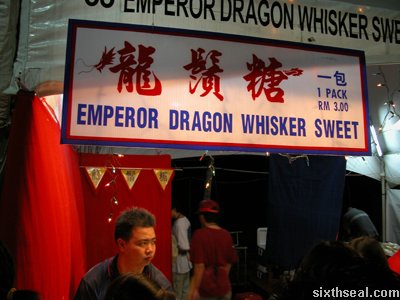 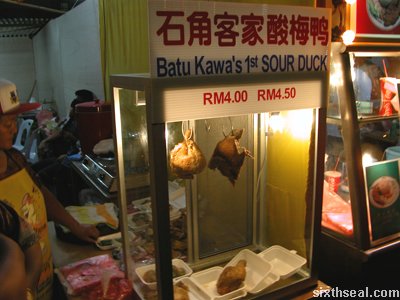 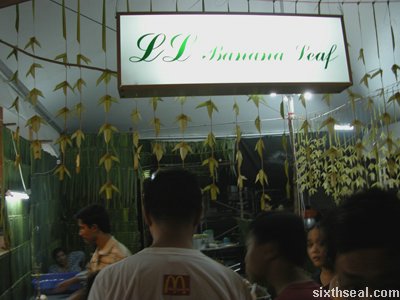 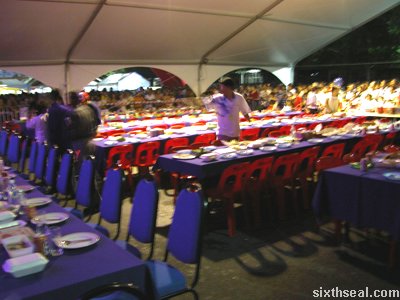 Proletarians like us can only dream about seating in this cordoned
off area. 😉 The tables are filled with the various stalls offerings
and are for invited “guests of honor” also known as the “I paid RM
100,000 for this Datuk title” club. 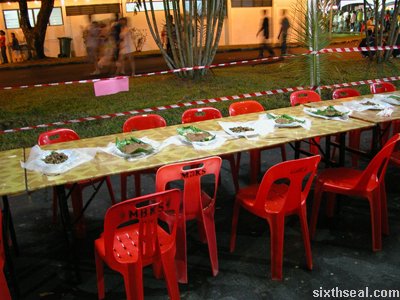 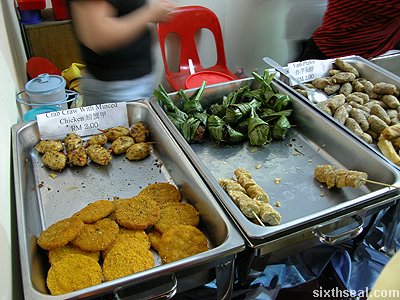 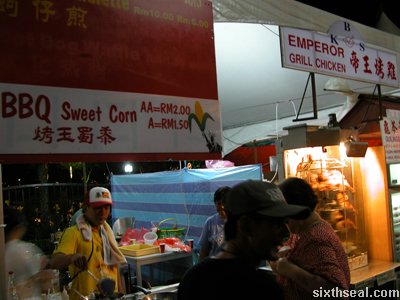 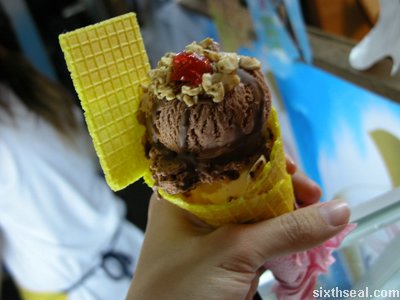 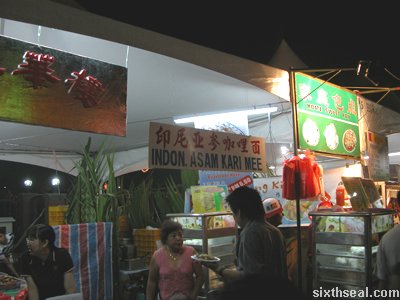 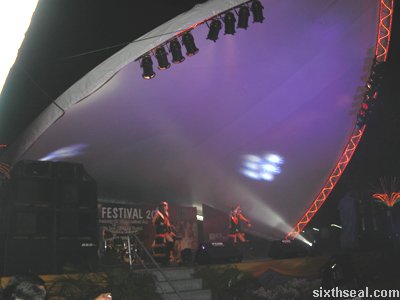 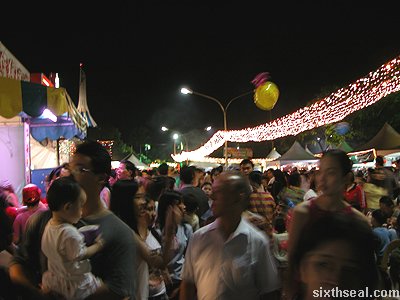 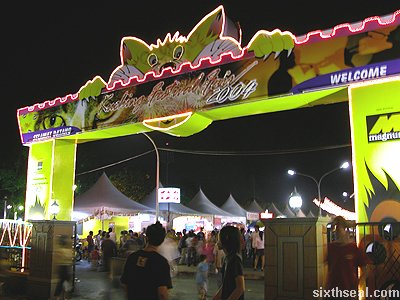