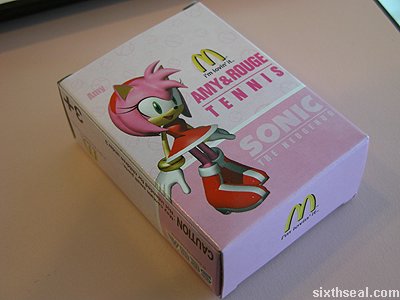 Amy & Rouge Tennis is the latest game in the Sega2/McDonald’s
joint promotion. It just came out today and it’s the first one to
feature different covers on each side. The one above shows Amy, and the
picture behind that shows Rouge. 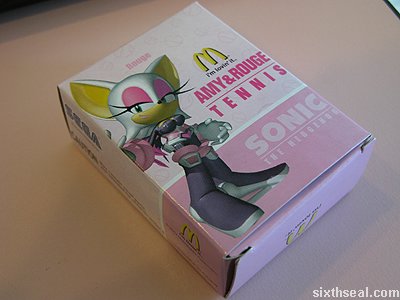 This is Rouge. The non-mirror image packaging is novel, I postulate
it’s coz this game features two protagonists instead of one. I think
Amy is meant to be cute and Rouge meant to look like some faux bad ass. 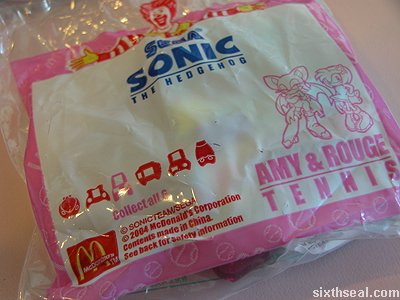 Here’s the plastic shrink wrap it came in. It’s the now standard, relatively thick covering with the name of the game on it. 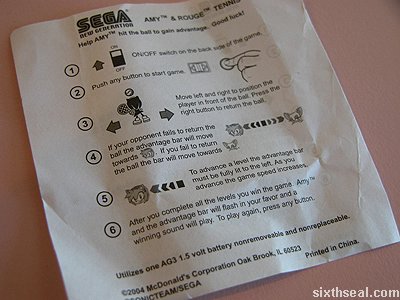 This is the manual. I’ll be honest and say that I can’t make head or
tail (no pun intended) of the game rules. I don’t know how to play it.
This is definitely the hardest to understand game in the series – it
has the most complex game play by far. 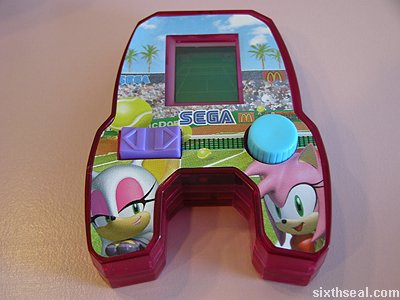 Here’s the mini video game in all its glory – pink motif, and a nice sticker with the characters on it. 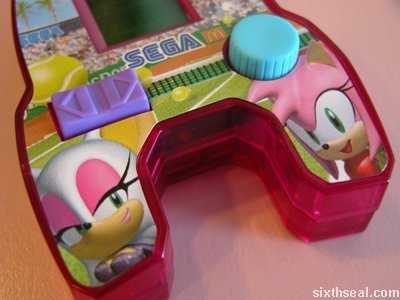 This one also follows in Shadow Basketball’s footstep in the
controllers – it has two left and right toggles to move the
character(s) and a blue button to hit the ball or something. I think
you switch from Amy to Rouge at some point. 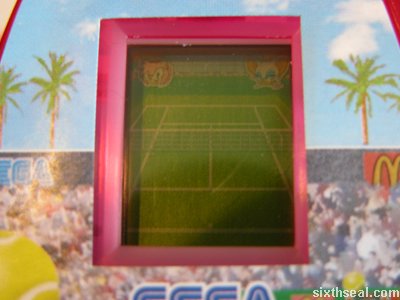 The pre-painted background is the most colorful one to date – the
two characters are represented at top right and top left with colored
detail and the game field shows a full length tennis court. 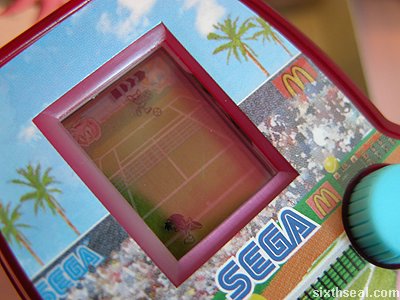 This is not something I could finish just by repeatedly pushing the
button. I still can’t finish it. I don’t know how to play it. I can’t
finish it! Does that make me stoopid?