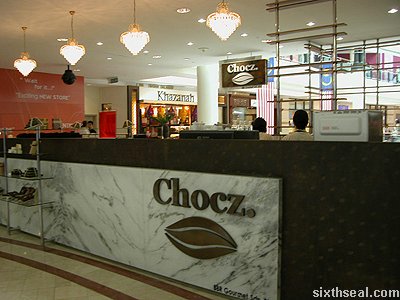 Chocz is located in Suria KLCC and the place has a very good
reputation, from the various reviews that other bloggers did. I was
very keen on checking out this all chocolate specialty establishment,
particularly the much lauded chocolate nectar drinking ceremony. 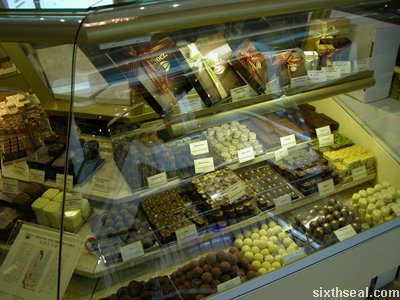 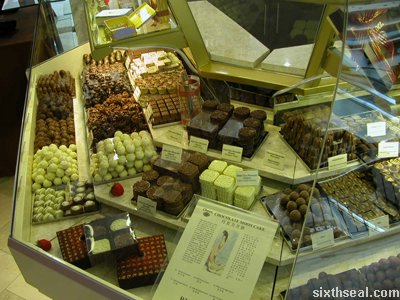 Chocz. (with a period, it seems) is unique in the sense that it
offers a wide variety of almost exclusively chocolate products. They
offer a wide range of chocolate and chocolate based products from
drinks to moon cakes. 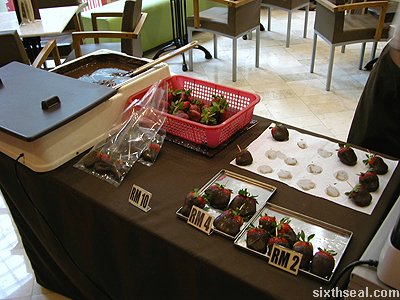 There was also a promotion going on when we went there – Strawberry
Fantasy. Chocz had a mini table selling pre-dipped strawberries at RM 2
each for regular sized ones and RM 4 for large ones. There are also
pre-bagged options at RM 10. 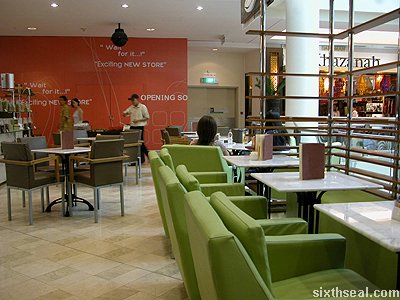 The establishment also has seating arrangements for the ones who
want to indulge in chocolate at the premises. There are comfy sofas and
chairs for groups as well as couples. The seating area isn’t exactly
private, but it’s nice to watch the world go by. 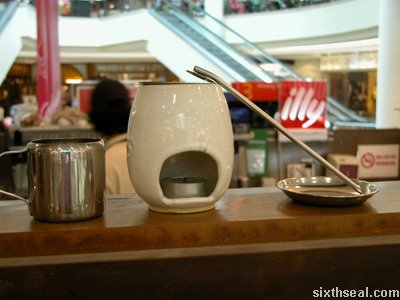 The flagship drinks are the chocolate nectar drinking ceremony and
tchocolat1 and we ordered both. The photo above shows the paraphernalia
used in The Ultimate Drinking Chocolate. It comes with a quote from the
Aztec Emperor Montezuma extolling the virtues of this nectar chocolate
drinking ceremony. 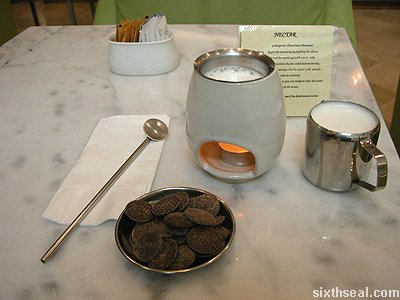 It is served in a special hand made burner, each set with a special
stainless steel spoon straw, metal cup, ceremonial tea light, chocolate
chunks and a serving of warm milk. There are three options for the
chocolate chunks – dark, milk and white. We opted for dark chocolate. 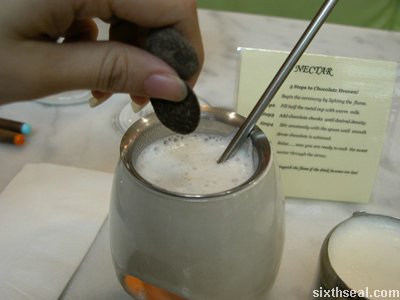 The 5 Steps to Chocolate Heaven literature describes how to make the drinking chocolate nectar:
Step 1 Begin the ceremony by lighting the flame.
Step 2 Fill half of the metal cup with warm milk.
Step 3 Add chocolate chunks until desired density.
Step 4 Stir constantly with the spoon until smooth dense chocolate is achieved.
Step 5 Relax…now you are ready to suck the sweet nectar through the straw.

Thus, we added all the dark chocolate chunks into the warm milk
(heat comes from a candle beneath the burner) since we wanted a very
dense and thick nectar. We stirred until the white milk turned into
dark chocolate. I tried sipping it through the spoon straw hybrid and
nearly scalded my tongue. 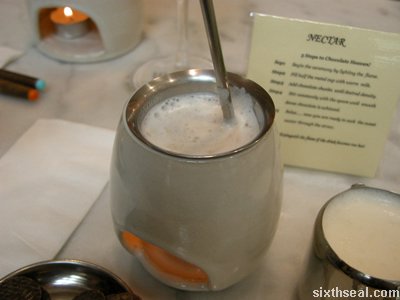 It was indeed very nice, worthy of being called nectar…it’s like
drinking pure chocolate with just enough liquidity to be sucked into a
straw. My girlfriend didn’t like it though…she’s generally not very
big on chocolate but I did get her to drink the tchocolat1, which is
the other flagship drink of Chocz. 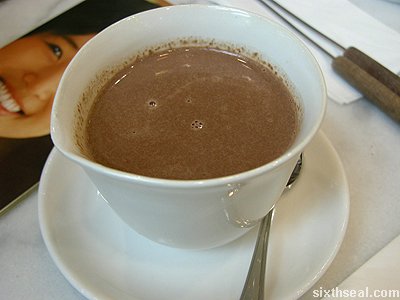 Tchocolat1 is described in the menu as a powerful concoction
regarded as the drink of the gods. It is served in a ceremonial
drinking mug and there are several variations, of which we chose the
Aztec version, which is “dark bittersweet chocolate with a dash of red
chili spice”. I immediately took a big gulp from it while it was still
hot and I pronounce it GOOD! The chili was very discernable and
provides a unique kick to the drink. 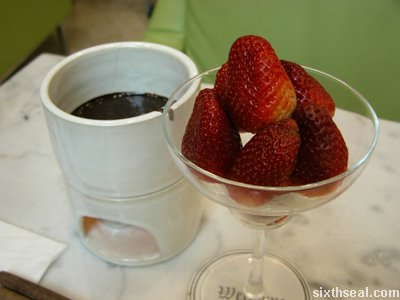 We also ordered from the Strawberry Fantasy promotion. There is the
set option of Strawberries & cream for RM 15++ and Strawberries
with hot chocolate for RM 18++. We chose the latter, and it came in the
form of a bowl of fresh strawberries and a burner with a lit candle on
the side providing hot chocolate for dipping the strawberries in. It
was nice, but the Aztec tchocolat1 overshadows this comparatively
simple offering. 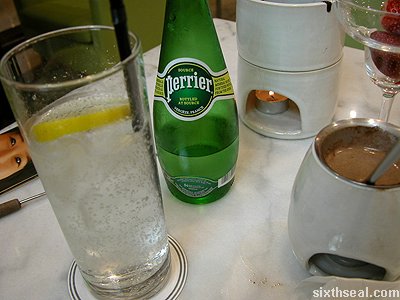 Chocz is a great place, but there is too much of a good thing. I was
craving for water, just plain water, please, by the time we finished
the chocolate based cuisine. 😉