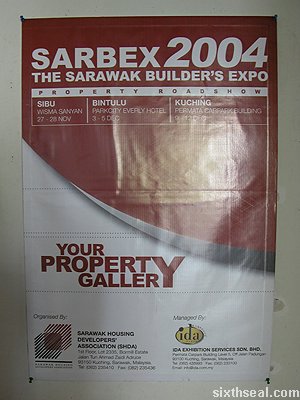 SARBEX 2004 is going to start opening its doors to the public
tomorrow. This event is located at the Permata Carpark Building on
Level 5 and is organized by IDA, the very same people who brought us
BTS 2004 and ICT 2004. SARBEX is The Sarawak Builder’s Expo property
roadshow and we are going to have a presence there. This will have been
the third expo I’ve gone to under the banner of Huygens Asia and
organized by IDA. 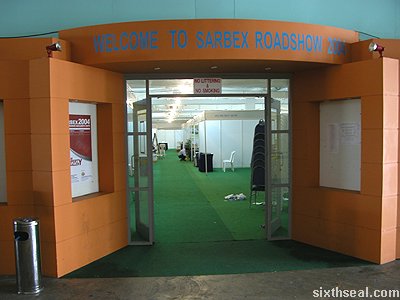 The event is not as large scale as previous ones, due to the
relatively niche market it represents. The roadshow only occupies the
inside of the modified carpark, instead of extending into the outer
areas, like in previous events. 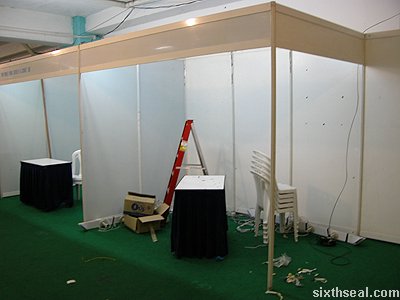 Huygens Asia is located in Booth #5, which is the side booth near
the stage. We were allocated a 2 x 4 meter space, but was later
upgraded to a 2 x 8 meter floor space. We’re not done setting up yet,
as you can see from the photo. 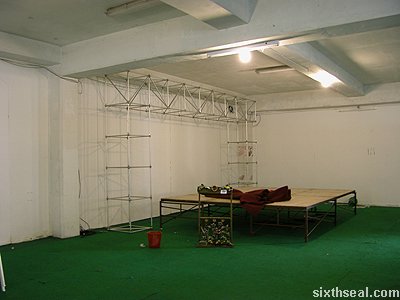 The stage is just to the side of our booth…this is usually a Good Thing (TM). 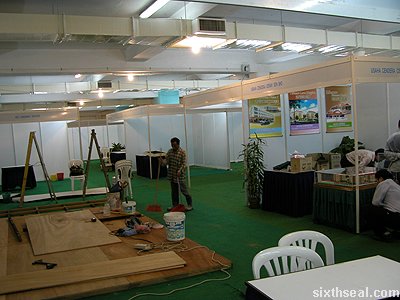 I went there to see the progress of the exhibitors and noticed that there were only two other exhibitors setting up besides us. 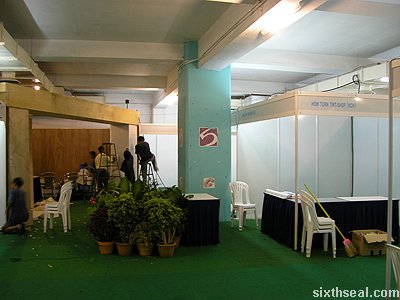 It’s all partially set up, tomorrow is the day when the roadshow
opens to the public, and the day before is usually earmarked for
exhibitors to get their booths ready. 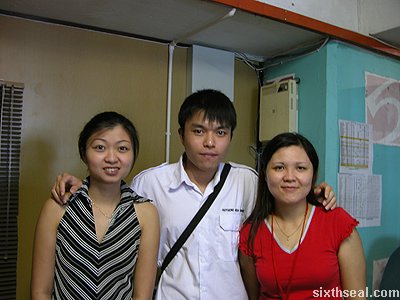 I went inside the administration office, and found, not to my
surprise, the same good people in IDA who managed the previous two
expos I’ve attended. Well, SARBEX 2004 is going to open tomorrow, so
expect daily from-the-expo-floor reports. 🙂