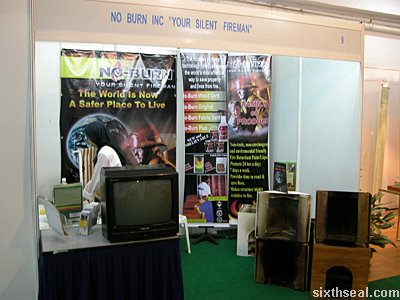 NO-BURN is a product that’s marketed as fire retardant paint. It
looks out of place in an exhibition which focuses almost exclusively on
property. However, it seems like a damn interesting booth and we
Huygens Asia people went to check it out. 🙂 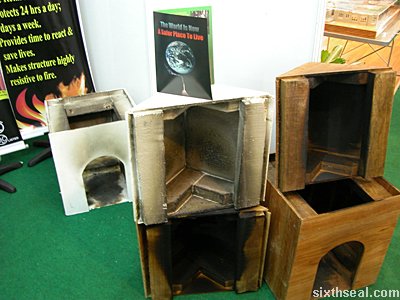 The thing that catches your attention from this booth is the stack
of wooden structures being displayed that looks like it has been
burned. The charred boxes, despite the superficial aesthetic damage,
still retain its structural integrity. The world is now a safer place
to live in, says the literature, with a picture flame under the world. 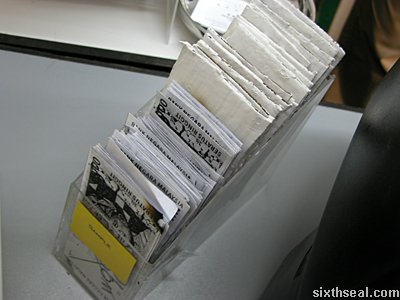 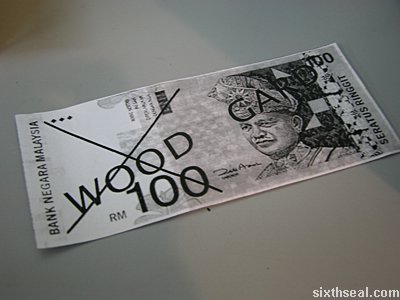 We started out with the pieces of paper first. I love this sample
tests, one side is printed with an RM 100 bank note as seen above.
There is a distinctive demarcation along the paper…notice that the
treated part of the paper has a slight red tint. The untreated part of
the test currency is white. 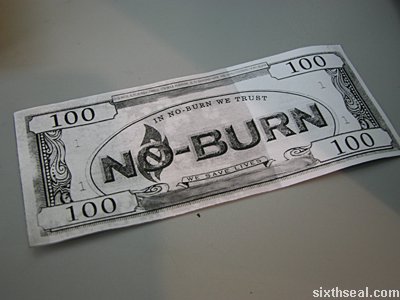 The flip side of this currency really cracked me up…it is a spoof
of a US dollar card with NO-BURN in the middle and the phase “In
No-Burn We Trust” on top instead of the usual “In God We Trust”. Nice!
It’s also treated with the same fire retardant chemical, as can be seen
from the discoloration. 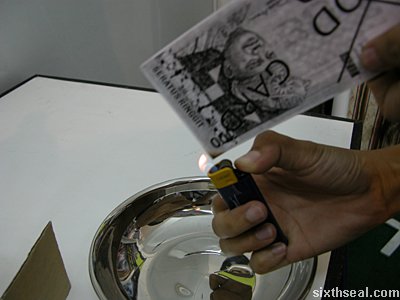 We started on this test sample first. We got a lighter and Mancy
tried to set fire to the part of the paper that’s treated with No-Burn.
It didn’t catch fire. Then we tried to burn it even more. It still
didn’t alight, but it did scorch the paper a little. But it didn’t burn
the paper. Damn… 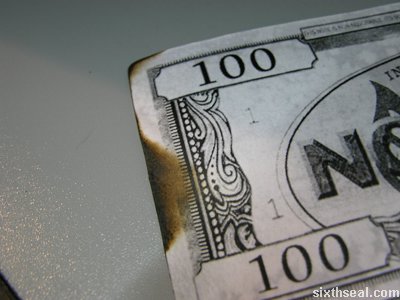 Here’s what it looks like after our repeated attempts to make it
burn. The paper didn’t burn away, it just scorched. The interesting
thing was, the No-Burn chemical treated paper gave off little smoke,
but a strong chemical smell when it was burned. I wonder what it’s made
of… 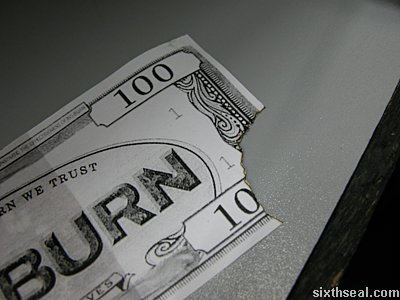 Anyway, we then started on the untreated part of the same piece of
paper. Oh, that burned all right…it burned very fine indeed. 😉 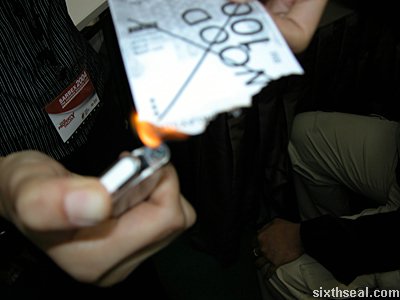 Thus, we burned it a little more. It’s paper, so it burned very well, we had to put it out by blowing on it. 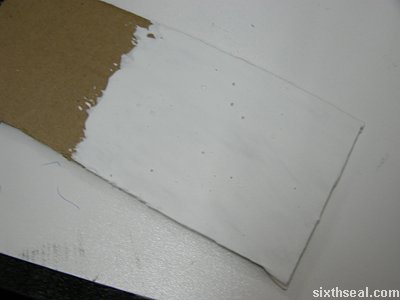 The next experiment was made with the No-Burn paint coated cardboard. 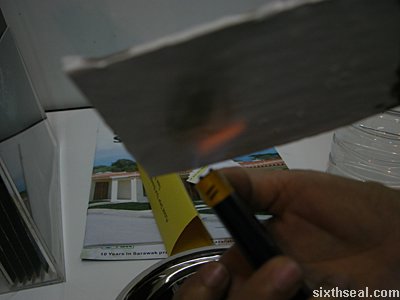 The results were pretty much the same…the No-Burn paint scorched, but didn’t burn, and the untreated cardboard burned… 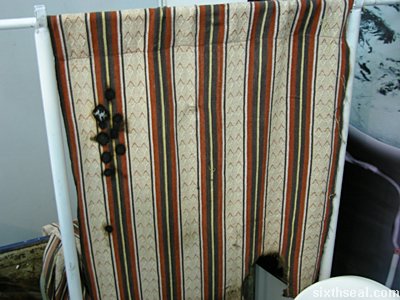 We spotted a piece of clothing that has been treated by No-Burn on
one side. It’s supposed to be a curtain and is there for demo purposes,
so test it we did… 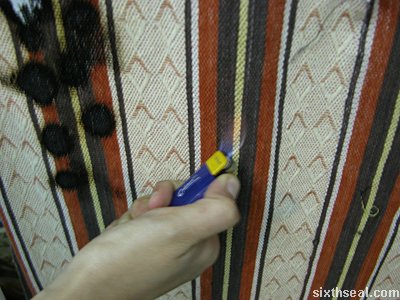 It was fun though, probably the most interesting booth in the SARBEX
expo. Thanks to Kenny, Mancy, Robyn and everyone who helped out with
the experiment. 🙂