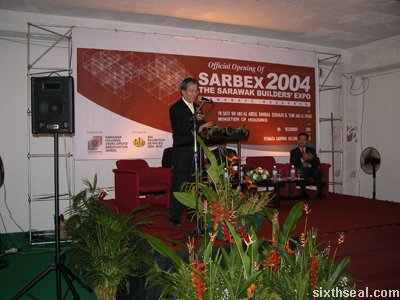 SARBEX 2004 was officiated by the Minister of Housing, YB Dato Sri
Abang Haji Abdul Rahman Zohari Bin Tun Abang Haji Openg. No shit,
that’s his full name. I’m thinking I should get a longer name myself,
so that people won’t be able to say it without having to pause for a
breath of air midway. 😉 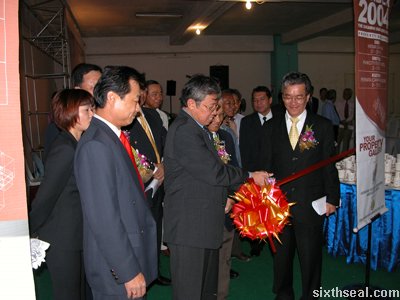 There was much fanfare…okay, the usual ribbon cutting and tour, that’s all. Let’s move on. 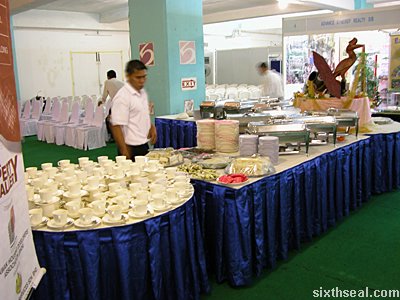 Complimentary food was provided by a catering service, one of whom
had the misfortune of meeting a concrete support pillar, but we already
talked about that yesterday. Just watch out for lorries. 😉 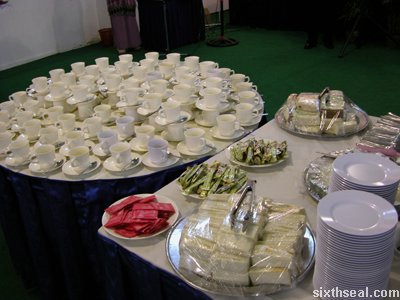 The food is typical expo fare…the cups and saucers, ready to be
filled with coffee or tea, sandwiches and plates lined with disposable
serviettes. 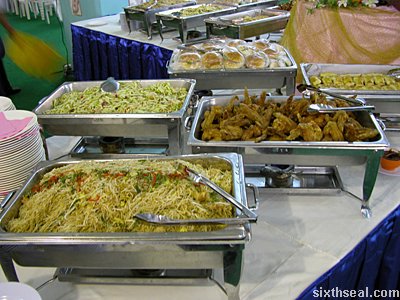 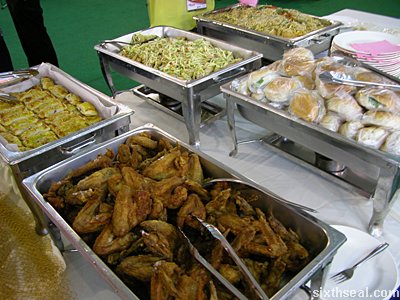 Chicken wings are also available, as well as curry puffs (top) and beef slices in a bun (far right). 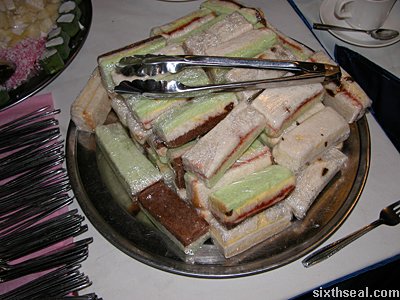 The bastard son of the salmon-egg sandwich also makes an appearance,
with its unorthodox green (pandan bread), spotted white (raisin bread)
and brown (chocolate bread) layers. It’s also available in ye ol’ pure
white variety, for the ones who prefer to stick to tradition. 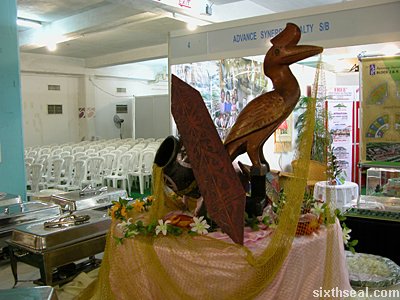 The tastiest offering in the free brunch is located under a big
wooden cock, which is guarding over the food. Or maybe it was a
hornbill, I can’t tell the difference. 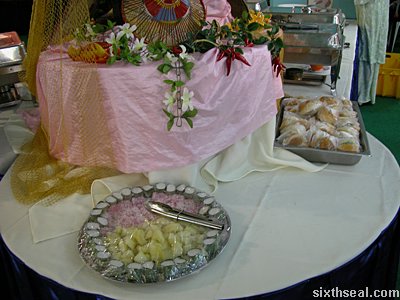 It’s that plate with the triple dessert arrangements. The outer ring
is made of a white, chewy kueh wrapped in pandan leaves, and the middle
has half of some kind of pinkish kueh which is soft and dusted with
coconut and the other containing tapioca mixed with some kind of sweet
milky thing. It’s great! 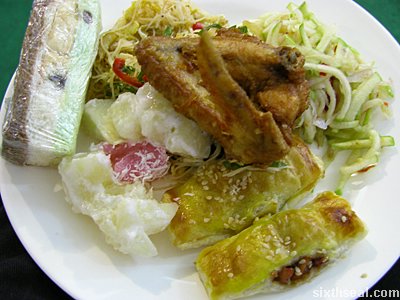 This is the plate I had. I went back for second helpings…