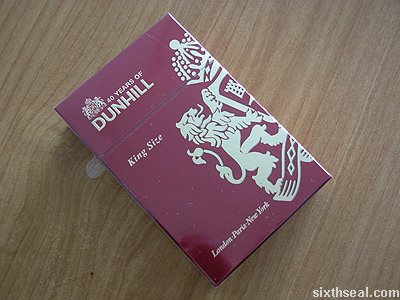 Dunhill is producing elegantly designed limited edition packs for
its 40th anniversary. The interesting twist about this is that it
retails for 50 cents less than the usual price. The limited edition “40
Years of Dunhill” packs goes for a special price for RM 6.00 instead of
the usual RM 6.50. 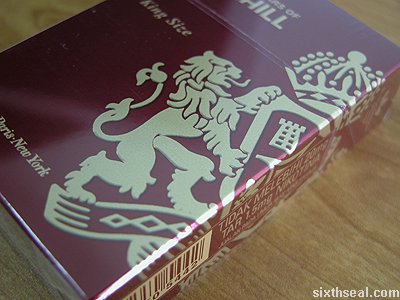 These limited run packs to commemorate Dunhill’s 40th year of
production in Malaysia features a well-designed and stylish pack, a
nice aesthetic change from the usual bland Dunhill packs. There is the
familiar Dunhill crest spanning part of the front of the pack… 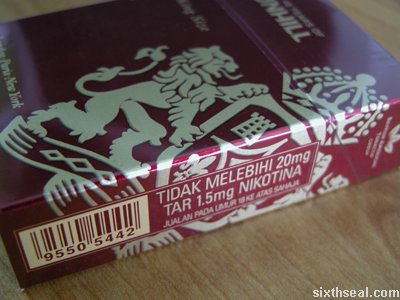 …continuing through the side… 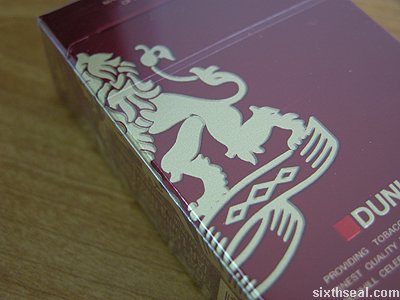 …and ending at the back of the Dunhill 40th anniversary back. It’s very artistically done. 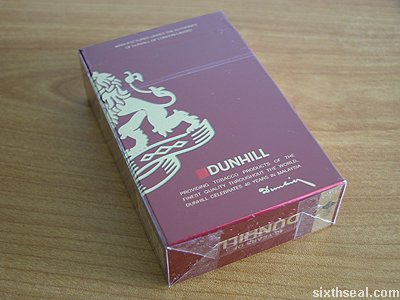 The back of the pack is also different from the usual Dunhill packs. 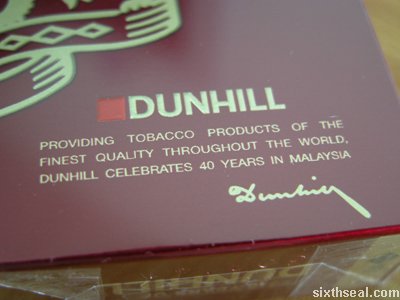 There is a script in the bottom left corner that inscribes the 40th anniversary of Dunhill text and the accompanying signature. 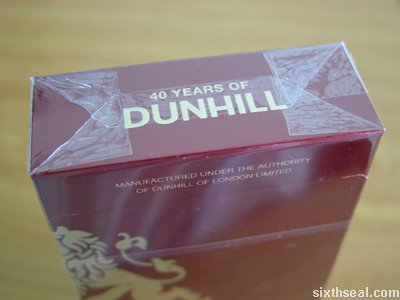 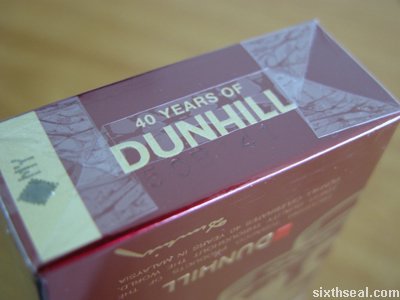 …and the bottom of the pack. 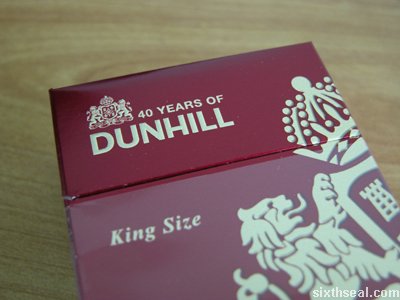 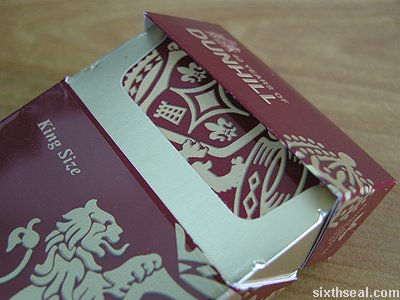 …this beautiful foil which features and intricate design with the red and golf motif! I started to pull at the “foil”… 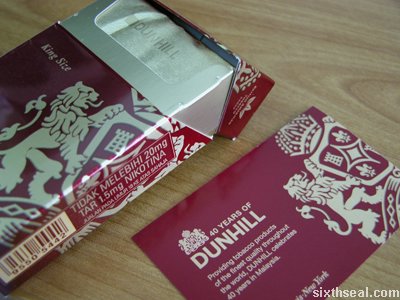 …which disappointingly reveals that it’s a card insert. 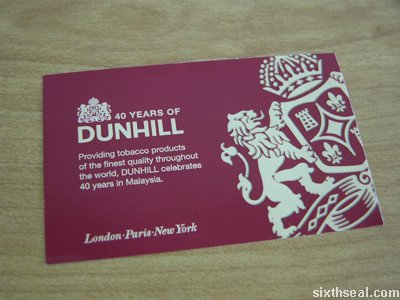 The front of the card details this limited edition run as a “only
while stocks lasts” item to commemorate 40 years of causing cancer and
heart disease to Malaysians. ;) 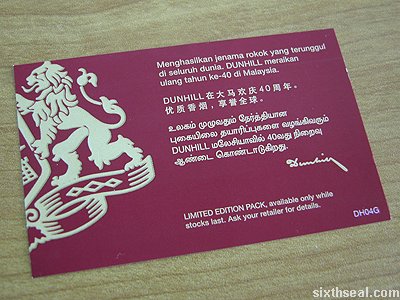 The back of the card states the same thing in three different languages, just to rub it in. 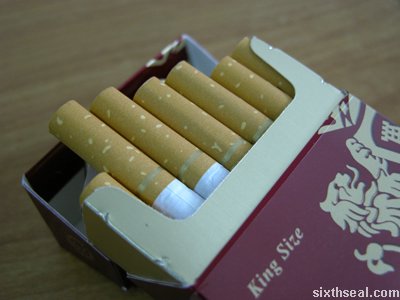 Unwrapping the normal foil reveals that the cigarettes are the same as the Dunhill ones, the changes are just aesthetic. 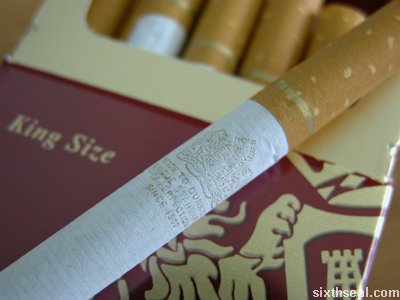 The cigarettes are no different from the usual ones but this 40th
anniversary limited edition Dunhill packs is going to sell fast for one
simple reason: 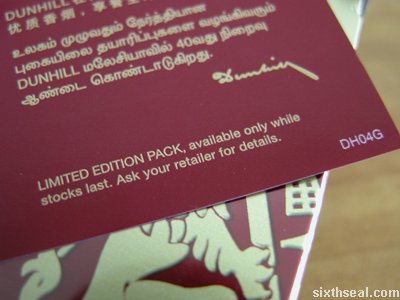 It’s 50 cents cheaper to celebrate 40 years of causing cancer and
coronary problems to Malaysians. It goes for RM 6.00 instead of RM
6.50. Grab it while stocks last!