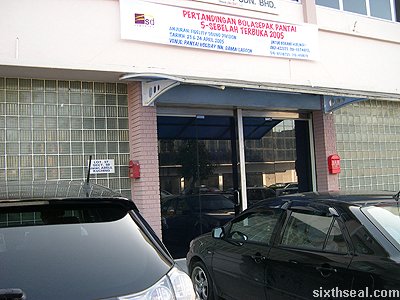 Fidelity Sound Division is an entertainment and
multimedia production house located at Jalan Abell in Kuching. I’ve
been hanging around the studio lately, and the place is amazing…the
first time I got to see the interior was sublime, for the lack of a
better adjective. I did not know that a place like this existed in
Kuching. FSD is located on the 1st Floor of Lot 97, Section 50. The
front of the place is non descript, so I never noticed it before until
recently. 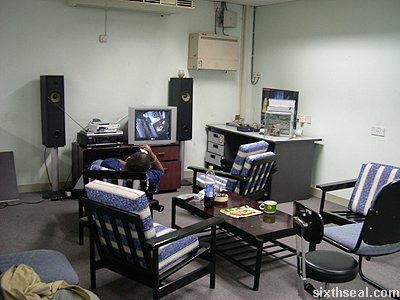 Entering the recording studio reveals the lounge, which has a P/S 2
hooked up to a large TV and speakers and seats huddled and pedals with multiple effects around the
coffee table. There’s a post-production work area beside the lounge
with broadband net access as well. I’ll tell you one thing – this is a
great place to hang out and chill. It’s also less than a minute’s walk
from my office. 😉 The recording studio is always filled with the
label’s DJ’s as well as friends, there’s never a dull moment. It’s
seriously great… 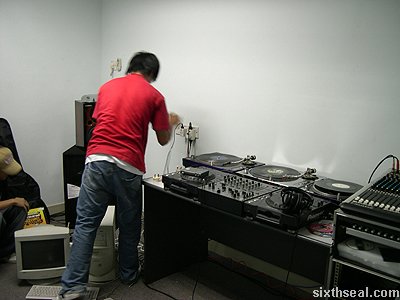 There are rooms flanking the left of the studio, with specialized
functions for each. This is the mixing room. Fidelity Sound Division is
involved in Event Management/Support, Mobile DJ Solutions, Music
Training Centers, Multimedia Publication and Consultation Services. The
Fidelity Sound Division’s website is at www.fidelitysounddivision.com [fidelitysounddivision.com]. 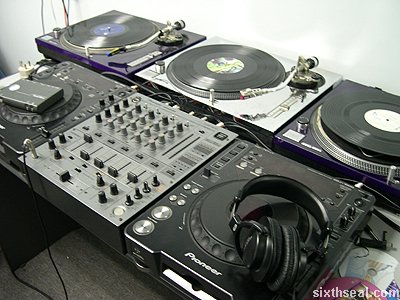 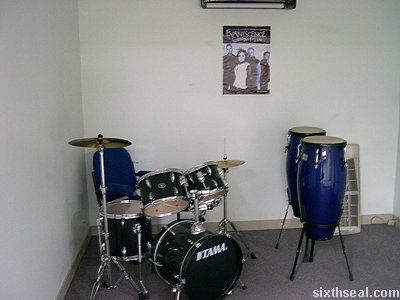 The next room is equipped with everything a band needs to get up and
running. The room also functions as a recording room for bands and
Fidelity Sound Division provides the services to facilitate an album
release. Nifty. 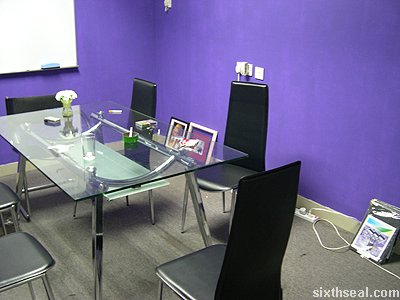 The third room is outfitted to be a conference room… 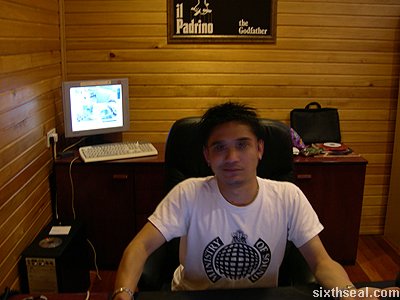 …and this is Rizal Wahab, the man who owns the
place. The Il Padrino of the recording studio. I just managed to meet
him today, and he’s a great guy. He used to be from Australia too, so
that’s something we all have in common. The interesting thing I got to
know today is that the legendary annual Crown Plaza rave is also
organized by Fidelity Sound Division. Rizal is the Managing Director of
Fidelity Sound Division and he also plays as DJ Reeze. He’s a DJ and
had a residency back in Perth club. 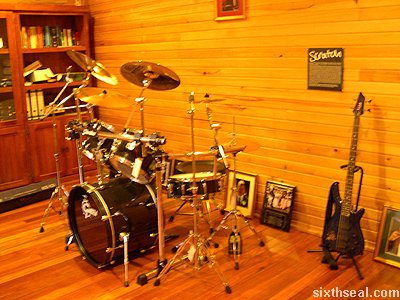 His office is a sight to behold…there’s a plethora of collections
on display; the equipment in there must cost more than what I make in
10 years. Prime… 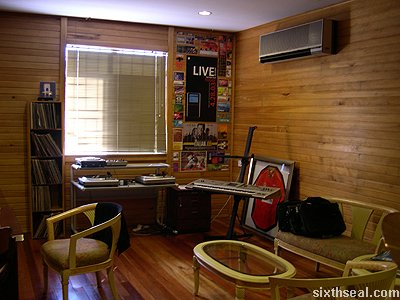 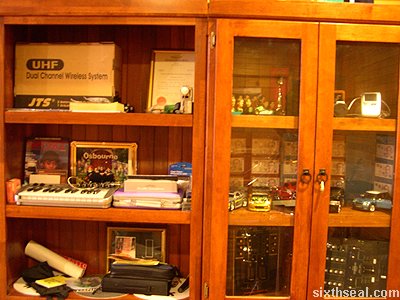 The cabinets lining the side is also filled with various collector items…it’s an interesting place. 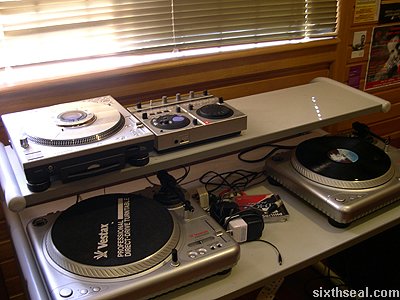 There are also mix decks towards the back and the windows faces an
unlikely structure. Rizal showed me the view from the window – it looks
straight into the Padungan Police Station. Heh! 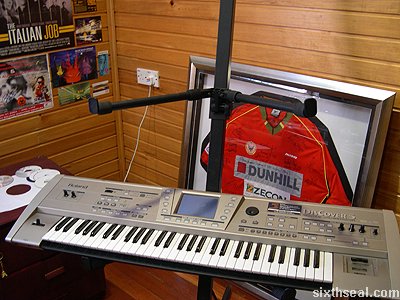 The side is filled with a keyboard and a framed autographed football jersey. Nice. 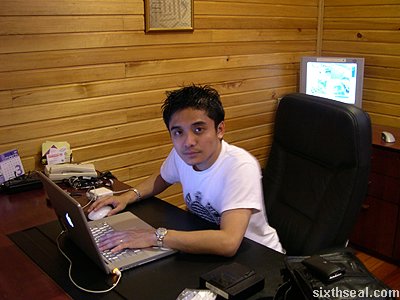 I managed to catch last year’s rave on Rizal’s Mac – it was recorded
with surprising clarity (both video and audio). Rizal was the opening
act (DJ Reeze) that year. The Fidelity Sound Division recording studio
is also actively promoting their resident DJ’s. Thanks for showing me
around, man.

Fidelity Sound Division is like an oasis in the middle of the city.
The ambience is all good vibes, it’s the best place to hang out and
just chill in Kuching…