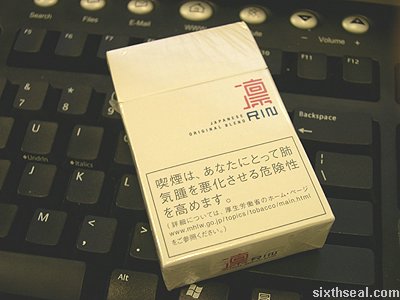 Rin cigarettes is the latest offering in the Japan tobacco market
and has an almost Zen like minimalist approach to the design of the
pack. It’s marketed by Japan Tobacco (JT) and the most interesting
thing you’ll notice straight away is the URL listed in front of the
pack – http://www.mhlw.go.jp/topics/tobacco/main.html. It goes to a WHO
tobacco health warning website. You think you’ve seen everything, and
something like this comes along… 😉 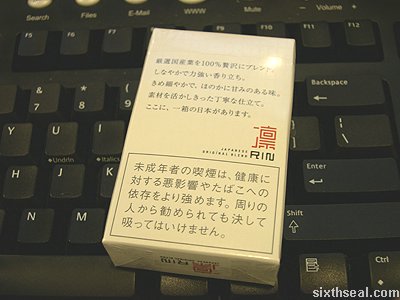 The back of Rin cigarettes is similarly verbose, in a minimalist
way, of course. Did that even make sense? Nevermind. Anyway, Rin
cigarettes from JT come in a beige colored pack with a single red
Japanese character for “Rin” (I presume) which makes it stand out. This
product was bought in Japan (Thanks ff!), so the only English
characters I could make out is the phrase “Japanese Original Blend” and
the numerical “100%”. 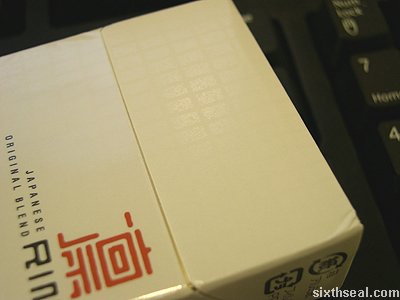 The flip top pack is embossed with a raised grid texture too – a
very novel design decision that I’ve never seen implemented in
cigarette boxes before. The grid is not merely functional e.g. to
provide a better surface grip, but is pleasing to the senses as it
portrays a throwback to the old days of Japan (not that I would know
what that is like, it just gave me that feeling). 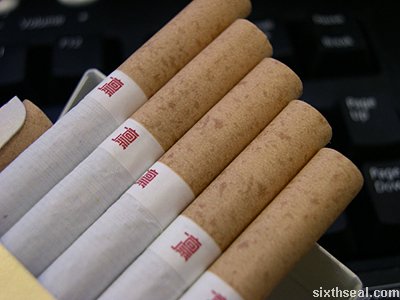 The open pack of Rin cigarettes also reveals another complementary
unconventional design aspect – the filters of Rin cigarettes come in a
very interesting shade of light amber. The grid texture combined with
this unusual choice of filter makes it stand out from other cigarette
offerings. 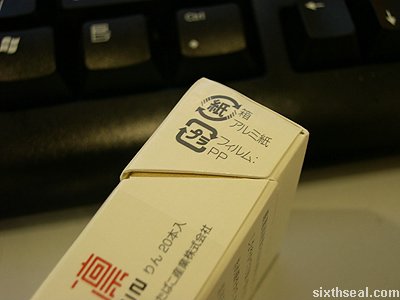 Rin cigarettes is a near full flavored cigarette blend at 11 mg tar
and 1.2 mg nicotine per cigarette too. It tastes good…very smooth
draw and it has a nice, toasty aftertaste. 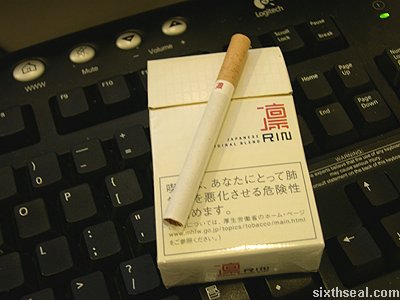 The tobacco contained inside Rin cigarettes is unusual too…the
color is distinctively different, but unfortunately, I only noticed
that when I used one to spin…it matches the filter color in some
shades. Nice…