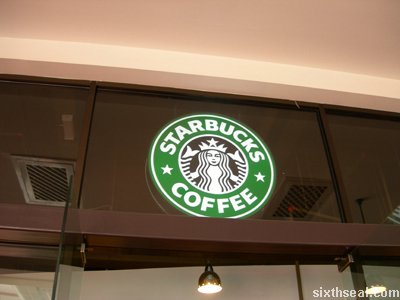 I’m at the Starbucks in The Curve right now; enjoying a Venti sized Espresso Rhumba Frappuccino.
I’ve been here since noon – I heard it’s the newest concept shopping
mall in KL and came here to check it out (photos and write-up later). 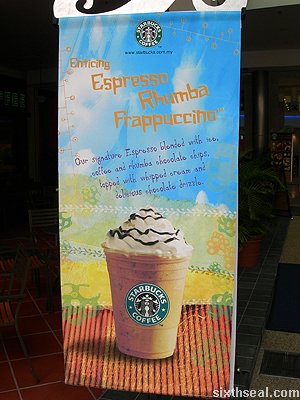 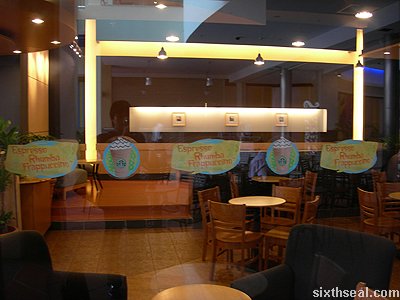 It’s the latest promotion at Starbucks and the windows are adorned with the Espresso Rhumba Frappuccino stickers. The Tall sized ones goes for RM 11.50, the Grande ones for RM 12.50 and the Venti for RM 13.50. 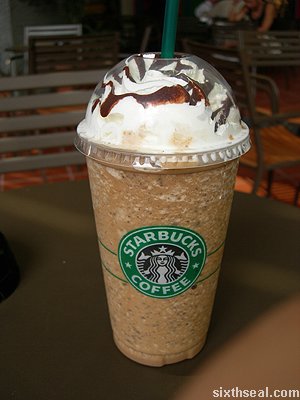 I went for the Venti size, which is what I usually get…there’s no
such thing as too much coffee. 😉 It tastes good – the Espresso Rhumba
Frappuccino has bits of chocolate in it that melts in your mouth (as
long as you don’t choke on it first by sucking too hard). 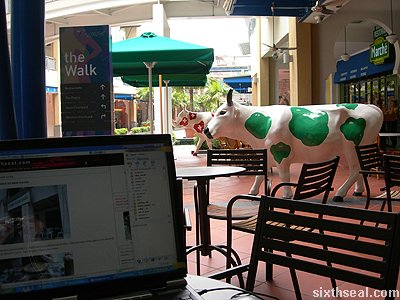 I’m just chilling here with the Espresso Rhumba Frappuccino and a
bottle of Perrier before waiting for my flight back to Kuching. It’s a
business trip and I’ve finished the assignment here so I’ll just be
looking at the…bulls…

Oh, and the Starbucks staff just gave me a free sample of the Caramel Frappaccino.