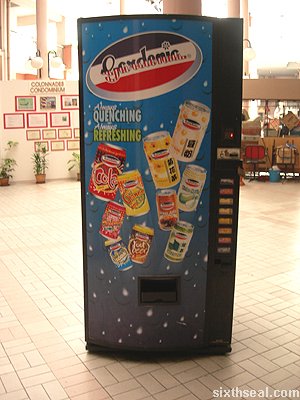 Gardenia Cola seems to be the leading coke (the
drink) manufacturer in Sabah. This is interesting coz the other states
seem to be dominated by the #1 cola based drink producer – Coca Cola.
Gardenia Cola dominates the carbonated drinks shelves of hypermarkets
and convenience stores like 7-11. 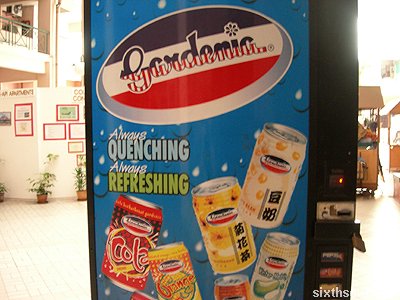 I even saw several vending machines dispending Gardenia Cola and
other Gardenia flavored canned beverages. Gardenia is best known for
its bakery products and is a major producer of bread related goods in
Peninsula Malaysia. Gardenia Cola is made by Gardenia Beverages in Kota
Kinabalu, Sahab. Coca-cola (coke) is still the major brand of cola
drinks in Malaysia though, except in Sabah. 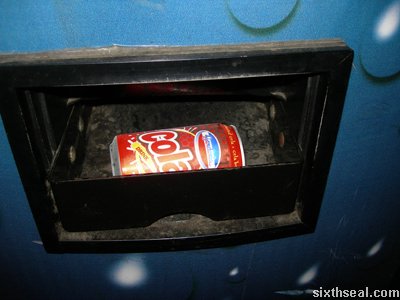 I could not resist addressing this cultural glitch and inserted RM
1.30 in coins into the Gardenia vending machine and purchased a
Gardenia Cola drink. The distinctive red can of Gardenia cola dropped
down into the holding cell of the vending machine, still cold from the
internal cooling system. 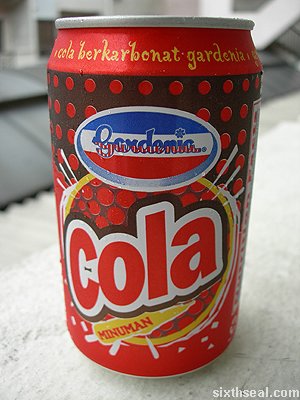 Here’s a closer look at the Gardenia Coke can – it has the Gardenia logo on it and “Cola carbonated drink by Gardenia” printed on top of the 325 ml can. 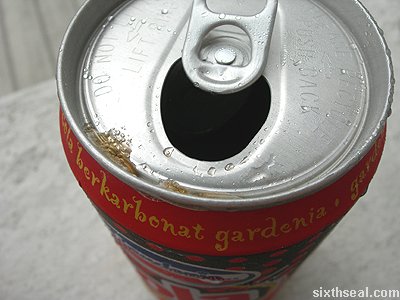 It tastes remarkably like a cross between Coke C2 and Coke Light
(Diet Coke for non-Malaysians). The cola drink is not excessively
carbonated or sweet and leaves a nice, but unusual aftertaste on the
tongue.