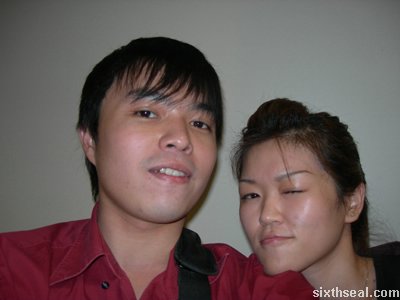 I took a flight back to Sibu on 2:20 pm on Saturday afternoon and just got into the departure lounge when I received a phone call from Joanna [sixthseal.com]. I picked up my cell and she asked me to look at my 11 o’ clock. She was sitting right opposite me at the other side of the lounge and her flight was boarding to KL. 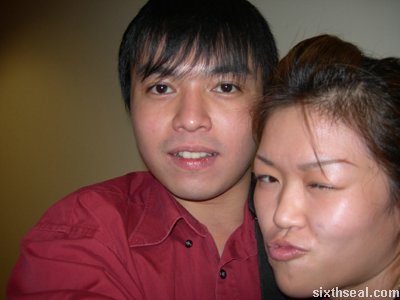 We haven’t seen each other for quite a while so we decided a trip to the toilet (to powder our noses, I’m vain too, ya know ;)) was in order. We had to rush to the toilet before her flight departs and after…er, catching up on things, rushed back just in time to board her flight. It was such a rush, in every sense of the word. 😉 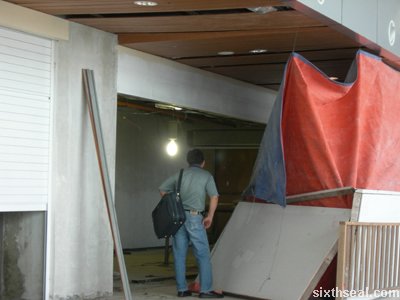 I was sitting there (my flight departs 20 minutes later) watching the on-going construction and seeing the light radiate heat waves and I remember thinking something along the lines of light being the foundation of civilization. 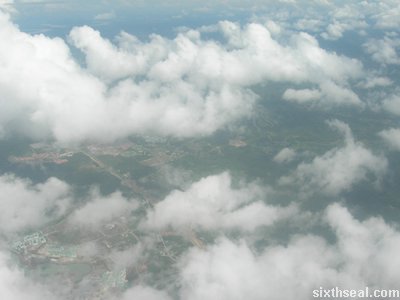 It was a Fokker 50 flight and I remember looking out the plane and thinking about snorting clouds (sure beats snorting kittens). 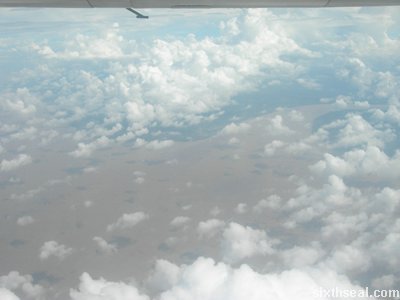 …and even snorting rivers.

It totally gave new meaning to the term flying high. 😉 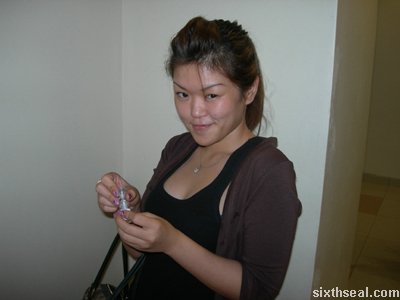 It was great meeting you again Joanne, as always. It’s always a pleasure to meet you. Heh!

P/S – I’ll be flying back to Kuching 7:25 am tomorrow morning. sixthseal.com was down for the most of last night and today, my apologies about that. It was a hard disk issue – the commenting system was down as well, but everything is sorted now. Cheers!