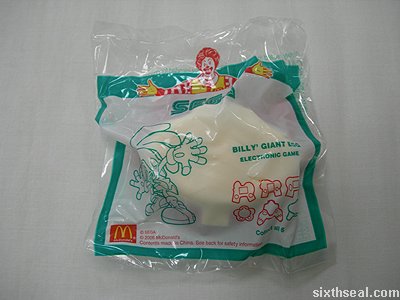 McDonald’s just came out with BILLY’S GIANT EGG this Thursday and I just got one of the few remaining units. The packaging has a typo on it and only says BILLY’ GIANT EGG. 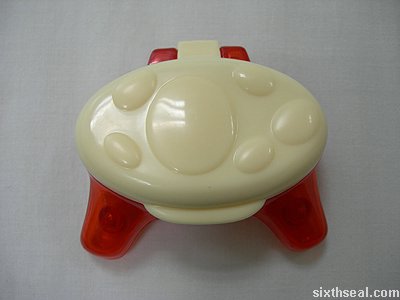 BILLY’S GIANT EGG is the second last electronic game in the Sega 3 series and I got a Cheeseburger Happy Meal but didn’t eat it (told the McDonald’s server that I only wanted the game, but I took the drink). 😉 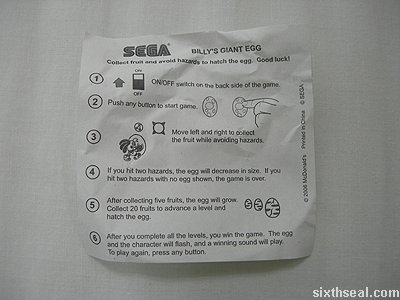 The manual is printed like the previous iterations of the McDonald’s / SEGA collaboration – it’s a single sheet of paper with instructions on how to play the game – in this case BILLY’S GIANT EGG, another Sonic franchise character. 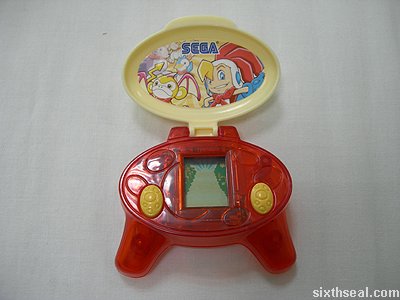 BILLY’S GIANT EGG also comes in a clamshell design and has two directional buttons in the shape of eggs. The premise of the game is to get Billy to collect fruits while the egg gets bigger and bigger (three sizes) while avoiding hazards. 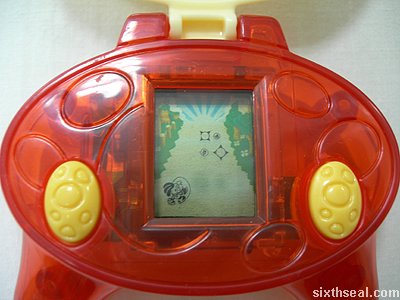 Here is a screenshot of the action – BILLY’S GIANT EGG was way too easy for me. I finished the game on the first try and consistently managed to get through all three levels and hatch the egg. It was a total contrast to the previous unit’s hard gameplay.

Collect 20 fruits to advance a level and hatch the egg!