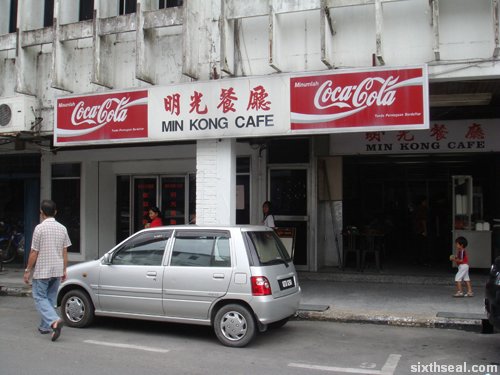 Min Kong Cafe is well known in Sibu for its RM 20 prawn noodles. Their flagship dish actually reached an all time high of RM 25 per bowl before dropping to its current RM 20 rate. There are other places offering the same dish for RM 12 but for the original Min Kong prawn noodles, there is but one place to eat it. 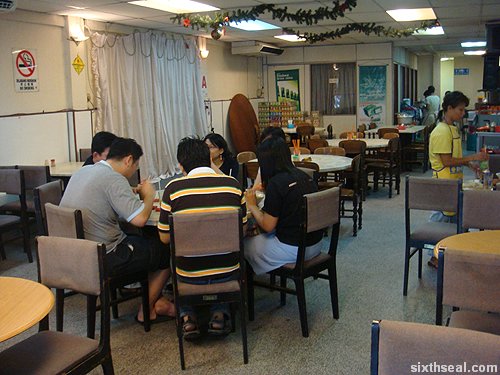 I couldn’t try all three in one sitting so I had the famed big prawn cooked noodles first with Amy and some other people from work. I also took the liberty of ordering Tiger Beer (RM 8) since I saw someone eating big prawn cooked noodles on the office Intranet (a supplier) and drinking Tiger Beer and had felt the craving for the same ever since. I guess it’s alright since both times I went there were Saturday afternoons. 🙂 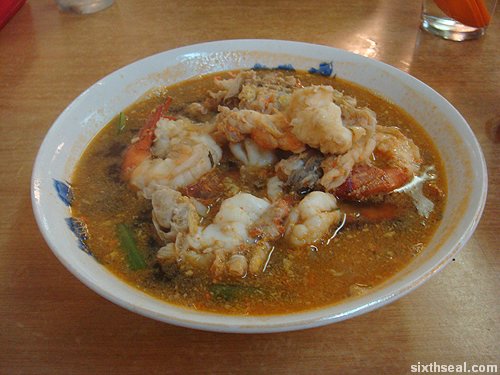 The cooked big prawn noodles (RM 20) is known as “ta sia chau chu mien” and is the flagship dish of Min Kong Cafe. It’s very well known for its unapologetic pricing and generous portions of prawns. There are four big prawns in every bowl (it’s actually two, sliced horizontally) and the broth is very prawny. 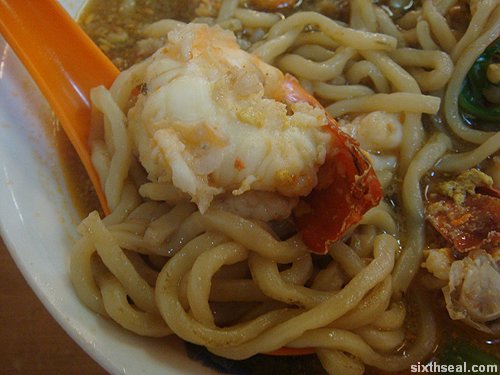 Min Kong certainly doesn’t skimp on the good stuff and the portions of noodles are reasonable so it doesn’t fill you up too much. The prawns are also pre-shelled so there’s no hassle involved in shelling the prawns in a bowl of soup (which can be pretty unwieldy, and can cause no small amount of splash damage). 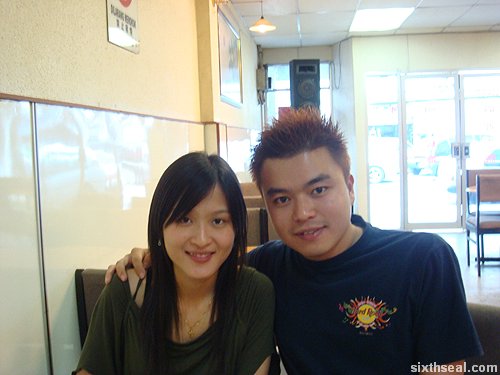 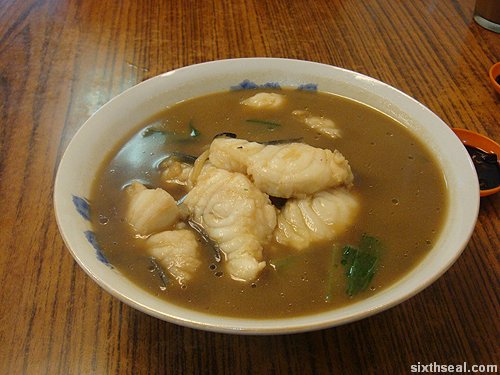 I also went there earlier this afternoon with Faye and she opted for the fish noodles (RM 20) since she’s not a very big fan of prawns (being allergic to most shellfish as it were). The fish noodles is topped with generous slices (slabs?) of prime fish meat on the top. 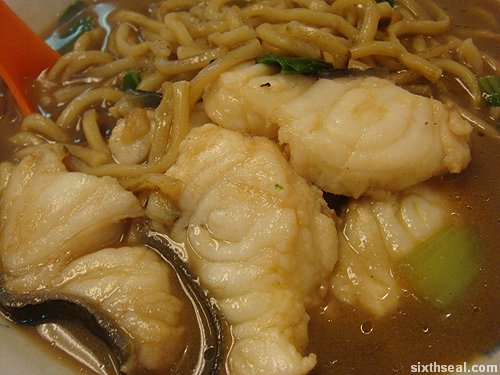 I just love the beautiful mosaic swirls on the fish meat. It’s wonderfully tender too, well worth the RM 20 price tag. This is a good option if you don’t like prawn, the fish noodles is also chock full of prime ingredients (with an appropriate prime price tag to boot). 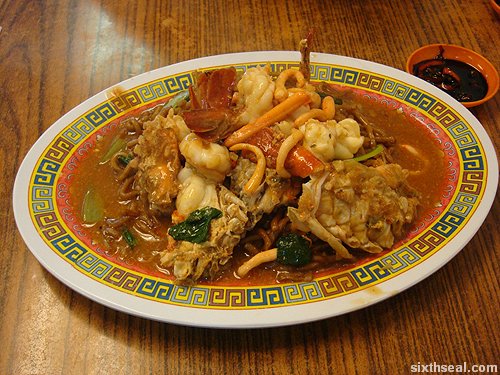 I went for the fried big prawn noodles (RM 20) this afternoon. It’s the lesser known contender to the RM 20 cooked big prawn noodles throne but I certainly wasn’t disappointed by its performance. The same neatly shelled prawns are heaped on top of the fried noodles and I even found the feelers nicely shelled and ready to eat! The gravy is very prawny and concentrated, and the noodles fried just right. I would recommend this lesser known dish to real lovers of prawn instead. 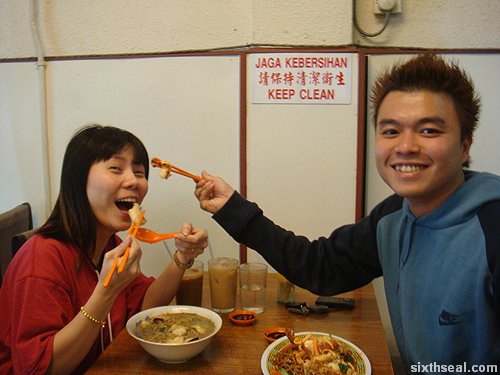 Word of the day:

splash damage
(verb)
Otherwise known as the mee soup incident, it is the inadvertent soiling of work clothes due to uncooperative ingredients mishandled during lunch hour.