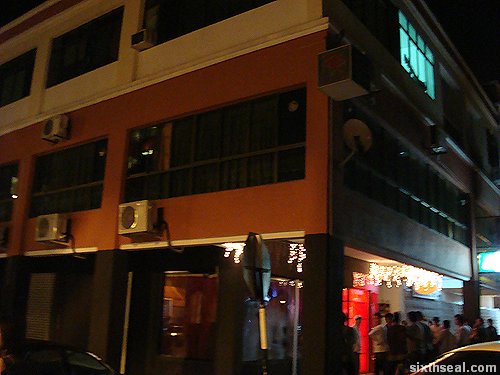 Rest & Relax is better known as RR and is located above 3 Degrees Celsius (the club). It’s managed by the same proprietors and the place does not have any of the popular neon signboards other clubs and pubs display. 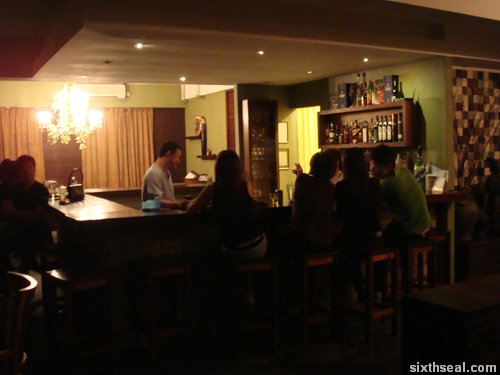 There is an RR signage on the top which is not lit and there’s no indication of the 3C club downstairs except for the massive throng of teenagers hanging around the place and the bass emanating from the vicinity. 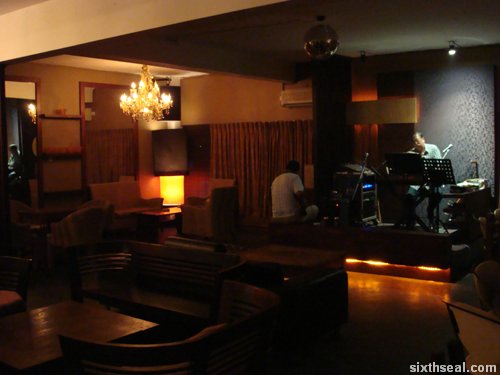 RR (as it is commonly known) also has a live band and is a chill out place with bar seating areas as well as other more private seating arrangements compared to the all out bass music of the 3C club downstairs. 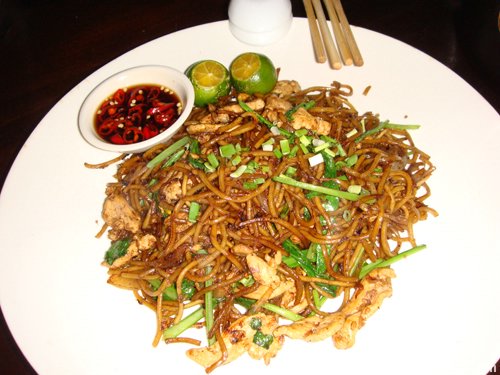 We’ve just watched Kung Fu Panda and haven’t had anything to eat yet so we ordered a plate of fried noodles (RM 6). It’s a pretty large serving… 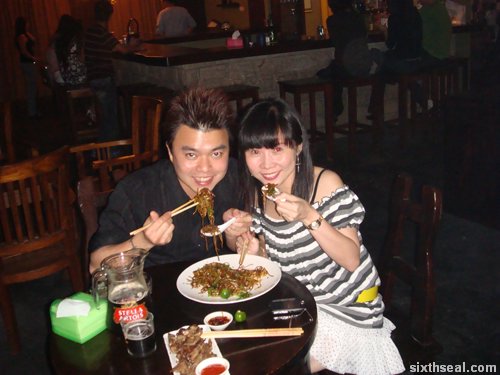 …so I shared it with Faye. 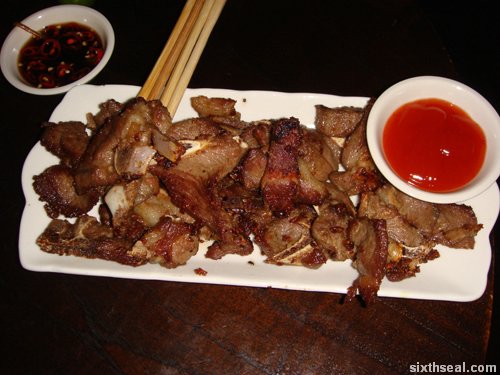 We also had their lamb cube (RM 15) which is one of the more popular finger foods. It’s pieces of grilled lamb served with chilli sauce. 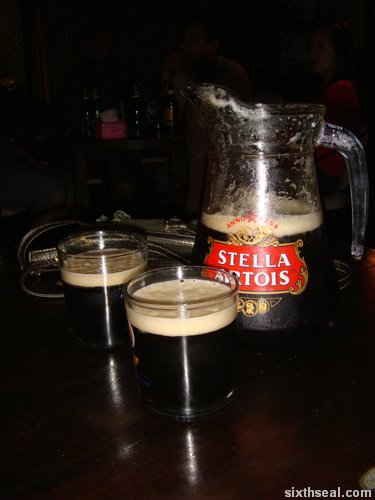 I also remembered having several jugs (pitchers) of High High – it’s a local cocktail concoction which consists of Guinness Stout, Heineken beer, wine cooler and vodka. It tastes surprisingly good and is very popular at pubs and bars here and usually goes for RM 48 – 50. 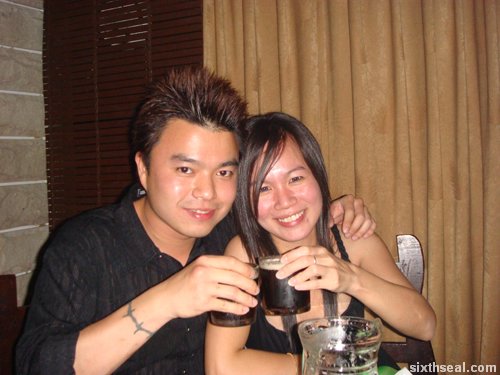 This is the delectable Susie Ting, which is unfortunately taken. 😉 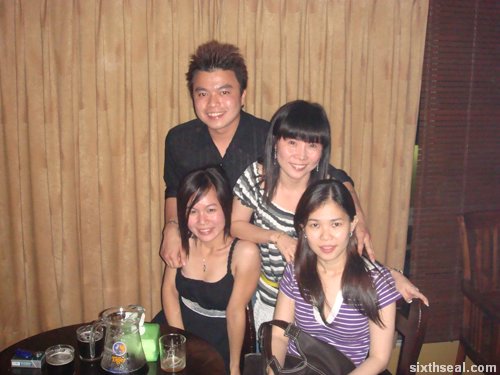 This is a group photo of us at RR – that’s me and Faye standing and Susie and Annie seated. 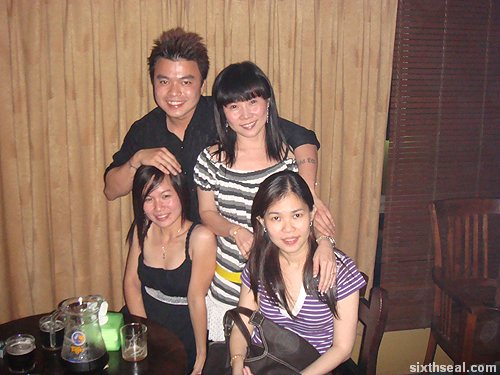 The head pat heard around the world referenced in the next paragraph. 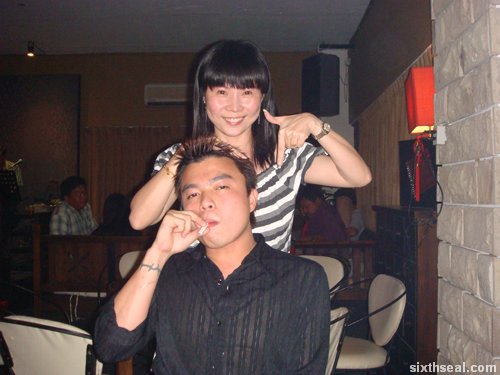 I remember taking a group photo where I patted Susie’s head and Faye insisted I pose in a similar manner…this time with HER patting my head. Pfffffttt…