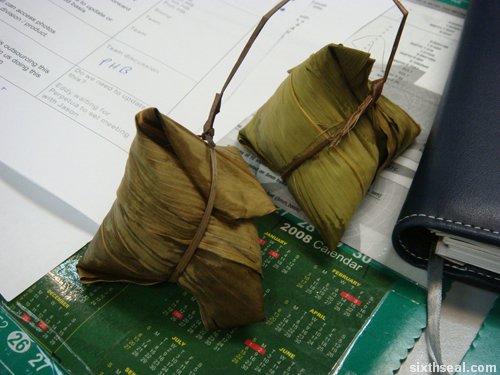 The Dragon Boat Festival (more commonly known as Duan Wu Jie) is one of the traditional festive occasions for the Chinese. It falls on the 8th of June this year and our company’s social club took the liberty of distributing rice dumplings (called zhong zhi) to everyone in the office on Friday (since Saturday is a gazetted public holiday). 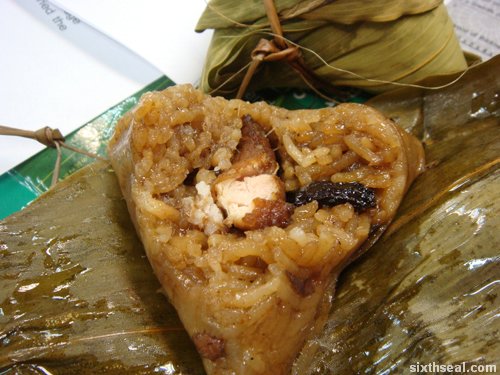 There is one with meat filling (which may also contain chestnuts, peanuts or egg yolks in addition to the chicken)… 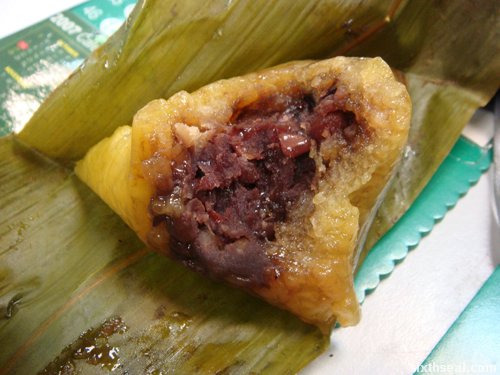 …and the other with red bean paste. These are the two popular fillings for rice dumplings. I’ve also seen pure peanut fillings but the meat (which can be pork or chicken, but never beef or lamb) and red bean paste fillings lead the pack in popularity. 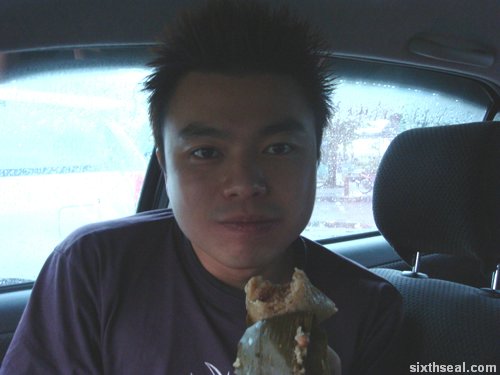 Faye’s grandmother also made some for her family and she insisted I consumed one right in front of her in the car just now. I like the meat dumplings (preferably with chestnuts, mushrooms and egg yolks – ate a huge one the other day given by another friend) but I don’t really enjoy eating red bean paste. I don’t even like the stuff in my cendol or ice kacang.

Happy Duanwu Jie to all the readers of sixthseal.com!