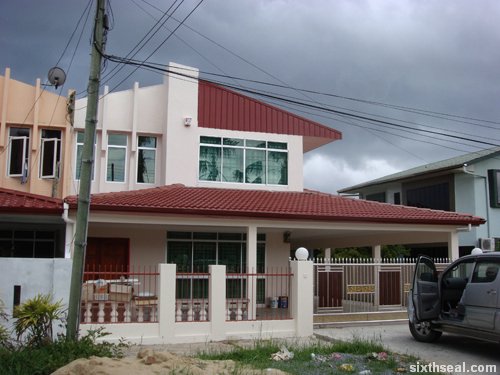 I stayed at KJ’s house in the Pujut area in Miri during my trip there. He just bought it and had it renovated and invited us to stay for the duration of our vacation. In return, I drove his Hilux down from Sibu to Miri for him. I flew back though, I couldn’t imagine the horrors that would await me during a 6 hour drive after being hungover and er…recovering, so to speak, from the various substances that I accidentally ingested during the trip. 😉 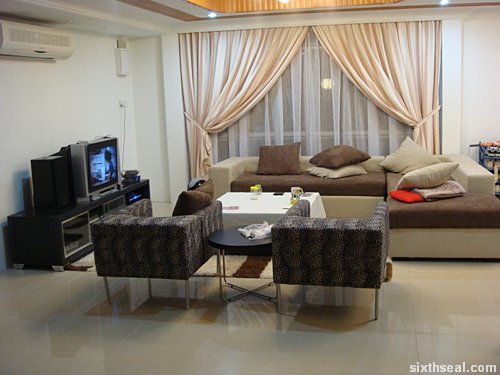 It’s still not fully renovated yet, but the living room is pretty much done and most of the fittings are in place. I like the long reclining sofa that’s in front of the TV. And also persian rugs that will lend a beautiful elegance to home. You can find more varieties of area rugs with oriental flair. 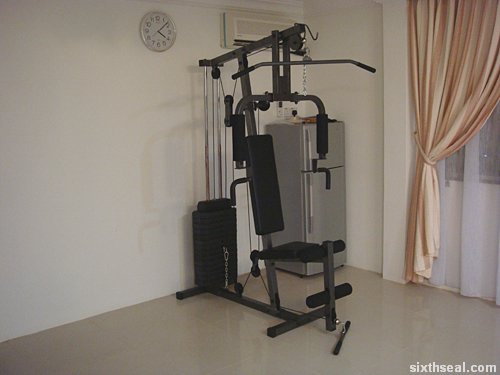 He installed an exercise machine (mini gym?) in one corner that I tried to utilize…for about two minutes before I gave up… 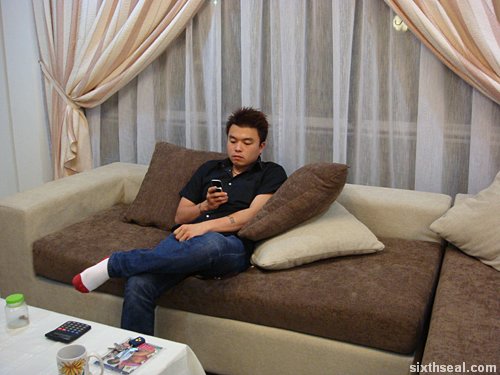 …and went back to lounging about on the couch. 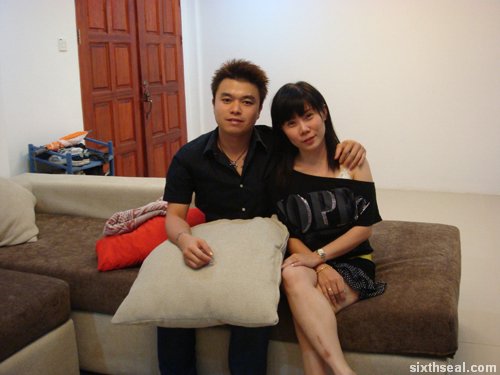 Faye was staying there as well – we drove down together, with her taking the first leg of the journey to Tatau while I slept for an hour and me taking over the wheel after that, all the way to Miri. 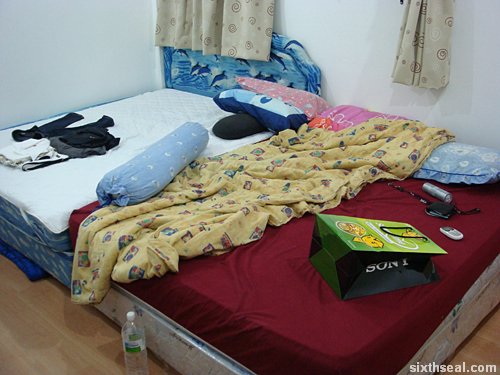 This is the bedroom I slept in. There are two queen beds to it can comfortably sleep four (4) people if you’re so inclined. It’s just right for two (2) people though. 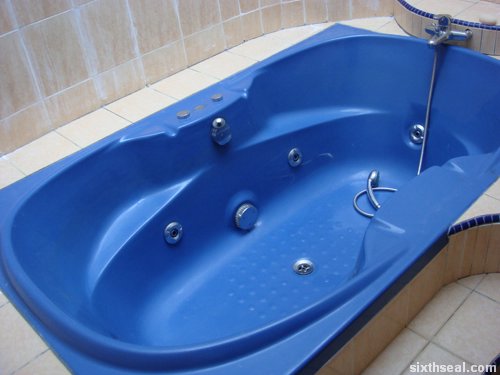 He even had a hot tub installed with jets of water in the master bedroom!

Thanks for the hospitality! It saved us from having to shack up in a hotel, which would have made the trip even more of a costly venture with the…er, misplacement of my digicam and cell phone. 😉

9 thoughts on “KJ’s house in Miri”