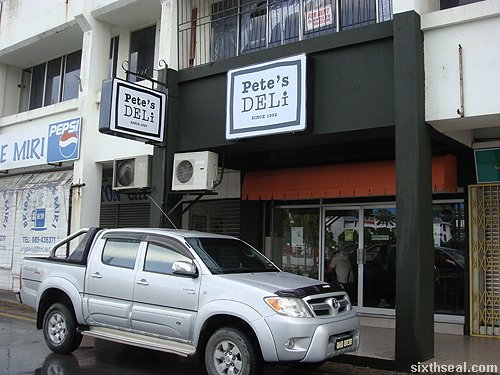 Pete’s Deli is a small gourmet deli in Miri. I was looking for a place to eat at around 3:30 pm and most of the eating establishments were closed, so I called Kim up and asked her to recommend a place that’s still open at this hour. She told me to try Pete’s Deli, so off we went to check the place out. Pete’s Deli has been around since 1992 – or so the signboard claims. That’s more than a decade of deli goodness! 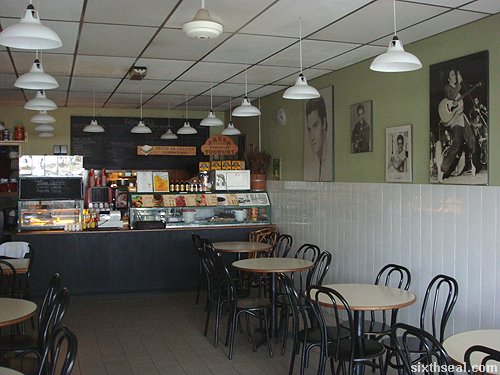 The interior of Pete’s Deli is decorated in retro 60’s style with B&W posters of The Beatles and Elvis Presley (has left the building) dominating the wall facade. The place is small enough to be cozy and there are seating arrangements to accommodate about 30 people if you really don’t mind having no elbow room. 😉 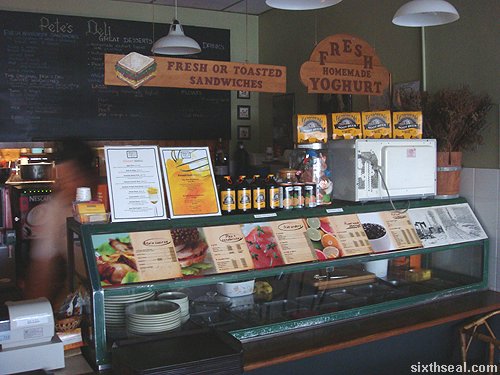 Pete’s Deli is self-service and orders are taken at the counter. The person manning the counter is none other than Pete’s son. He asked me if I am a blogger, which took me by surprise, before I remembered that the blogging profession (?) has mushroomed and most people who take photographs of everything is probably a blogger. 😉 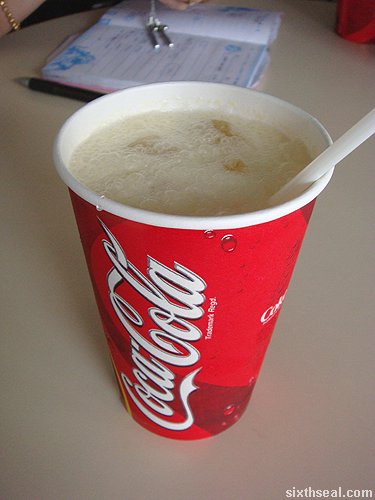 This was recommended by Pete’s son. The lassi is made with their famous home made yogurt. It tasted good but there is one major problem with the presentation – with a place like Pete’s Deli, you’ll be expecting proper glassware instead of a disposable Coke paper cup. It’s just not right. I noticed that the other patrons were also served with paper cups, this is a major turn off for a deli of this standard. 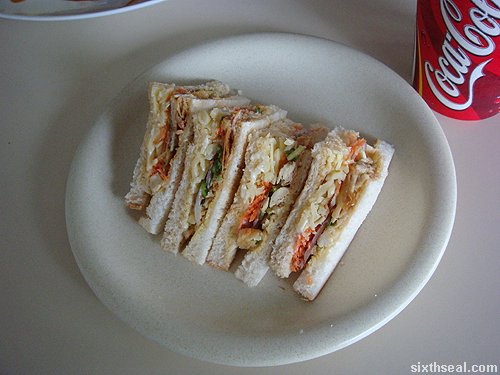 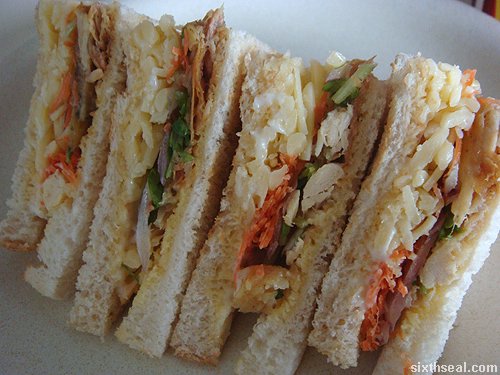 The Original Pete’s Deli Toasted Sandwiches comes with fillings of tuna & mayonnaise, roast chicken, corned beef, cheese or a mix of two fillings of your choice. I went for the roast chicken and cheese toasted sandwich. It was alright – the fillings were recommended by the proprietor, my original choice was for tuna and corned beef but he said it wouldn’t taste right. 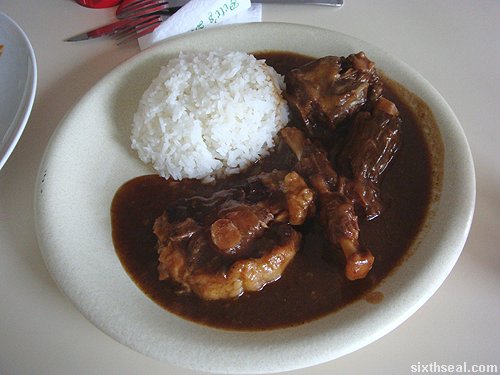 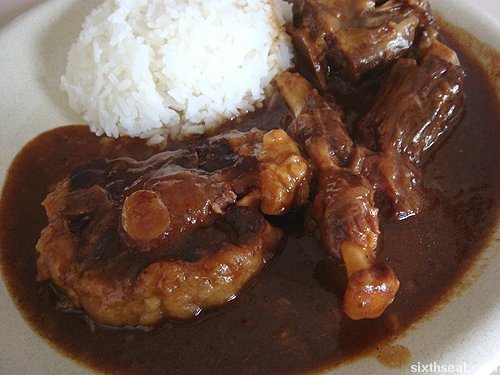 This is the oxtail stew which is one of their more popular dishes from the dinner menu. Pete’s son was kind enough to cook this for us despite that fact that the dinner menu doesn’t officially start until 6:30 pm. It can be ordered with rice or mashed potatoes. KJ went with the rice. The oxtail stew is great, and there’s no false advertising here – the meat really is fork tender. 🙂 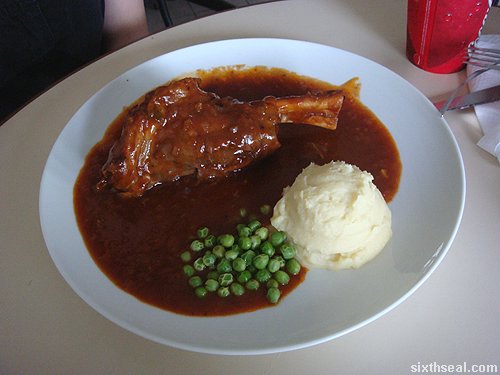 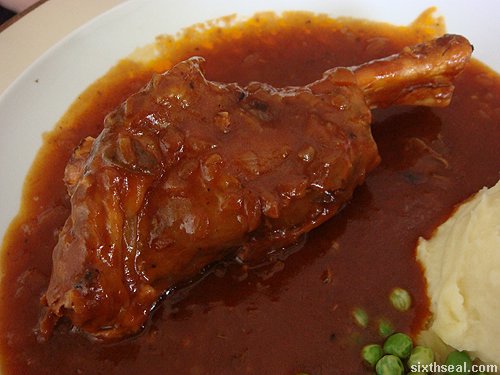 This is Faye’s order and is one of Pete’s Deli’s signature dishes. The lamb shank is huge and comes with an option of rice or mashed potatoes. Faye went for the mashed potatoes. 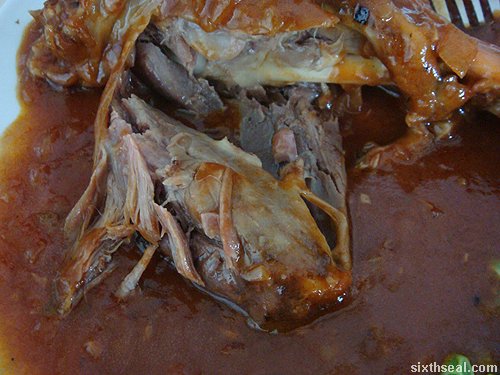 The lamb shank comes off easily from the bone and the meat is tender and flavorful. This comes highly recommended from me. 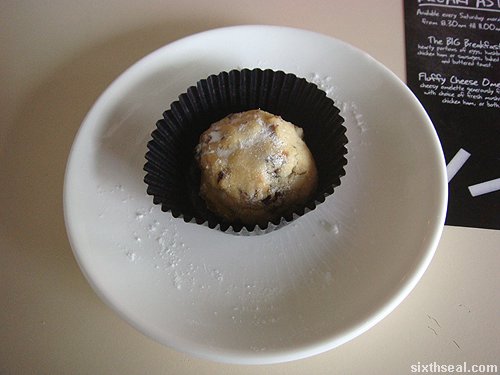 This is not on the menu but was again recommended to me since it just came out of the oven. RM 4 for a cookie is a little on the steep side, despite the sprinkled powdered sugar presentation. It tasted good though, as all oven fresh cookies do. 🙂 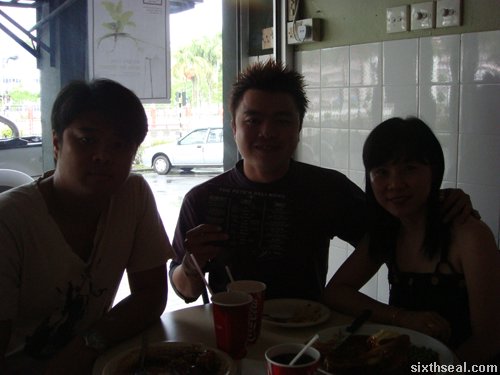 Pete’s Deli would be your friendly, neighborhood deli that serves delicious lamb shanks and oxtail stew. Now, if only they would do away with the disposable paper cups…