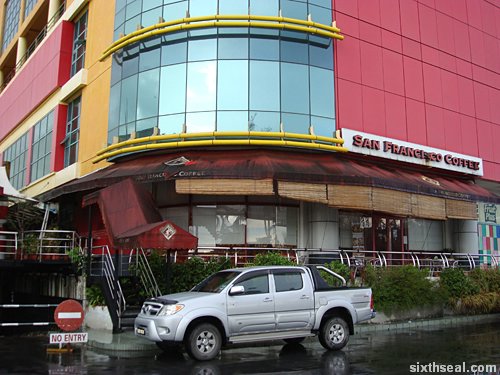 I went to the rather derelict looking San Francisco Coffee outlet at Miri to grab a quick snack before heading to the airport. I’m clearing all my Miri trip backlogs – this is the final one before the Miri beach writeup tomorrow. 🙂 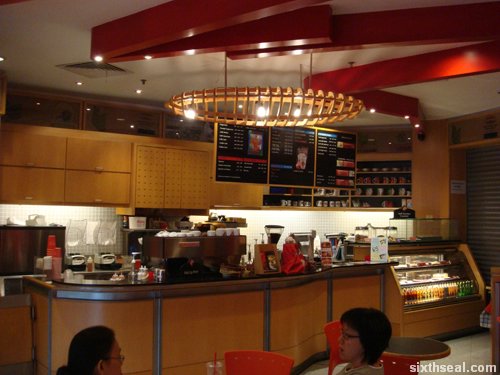 The decrepit and understaffed San Francisco Coffee franchise didn’t even have a barista at the counter at first. The staff was just lounging around OUTSIDE the premises. I was told that this franchise outlet is closing down soon, that probably attributes to the low morale. 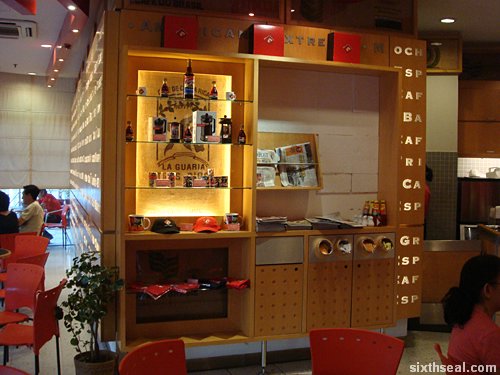 The San Francisco Coffee souvenir stand was unmanned so you could probably just nick some of the stuff if you’re thus inclined. I’m pretty sure the staff would neither notice nor care about anyone doing the Five Finger Discount over here. 😉 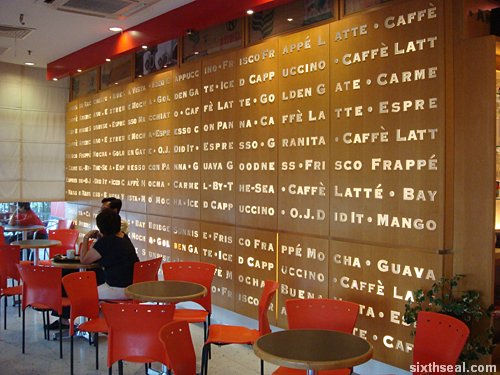 There were a couple of other customers besides us but the place exudes a general feeling of barrenness (not in the biblical sense). 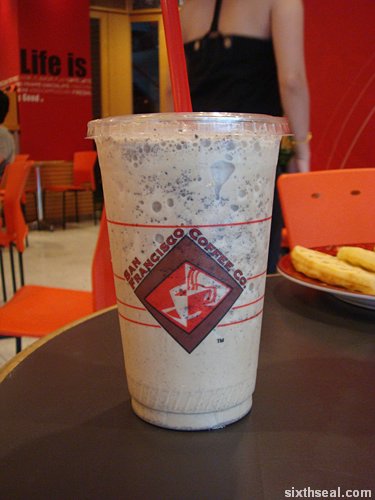 I ordered the Extreme Buzz with an additional shot of espresso (RM 16). I needed the caffeine to keep awake during the trip back just in case I become an unwitting drug mule from certain people slipping stuff into my baggage during the numerous microsleeps I had. :p 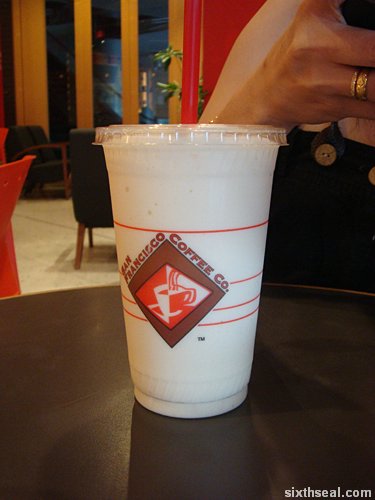 This is OJ DID IT – an orange juice fruit frappe that Faye ordered. I just love the wordplay, it’s cracked me up to no end. 🙂 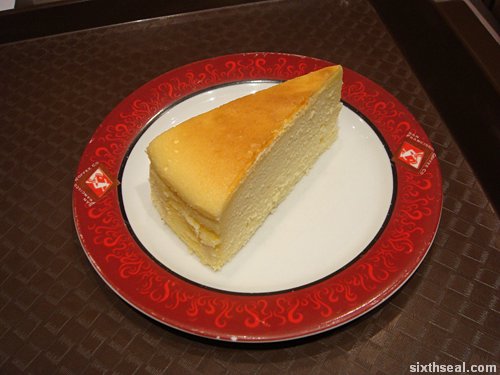 This is the San Francisco Cheesecake (RM 7.95). It was alright, nothing to write home about that’s for sure. 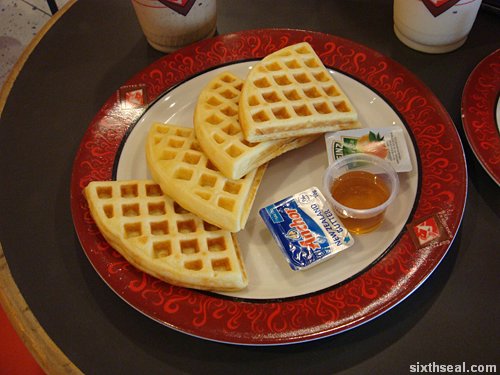 The place also serves waffles (RM 4.95). It comes with Heinz marmalade, Anchor butter and honey on the side. 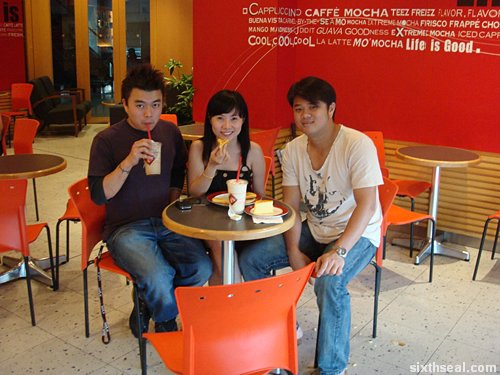 I was the only one that was due to fly back that day due to work commitments. I was totally exhausted by the end of it all. 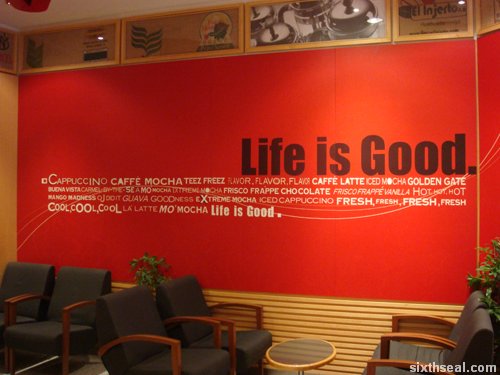 San Francisco Coffee – Life is Good (except for the staff of this soon-to-be-closed outlet). 😉