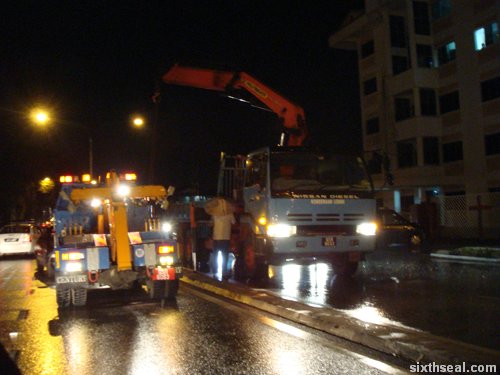 There was a 7 car pileup in Brooke Drive last night. An auto accident lawyer was called immediately.The roads were wet and slick from the rain, granted, but there was a great deal of debate as to how it actually happened. It’s very unusual for such a high number of cars to be involved in an accident in Sibu, especially when the average speed people drive at on that road is 50-60 km. 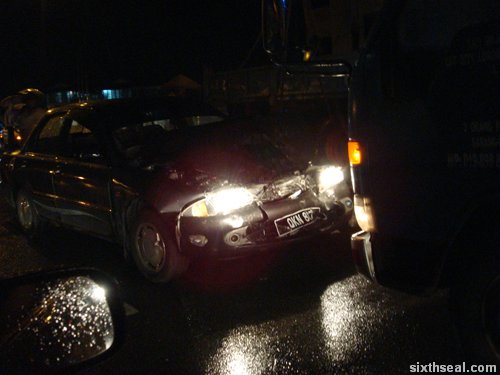 This one takes the cake – the car flew over the road divider and crashed head on with a stationary truck repairing a street light. It’s amazing how little visible damage it suffered considering the flight and target (a truck, for Christ’s sake). 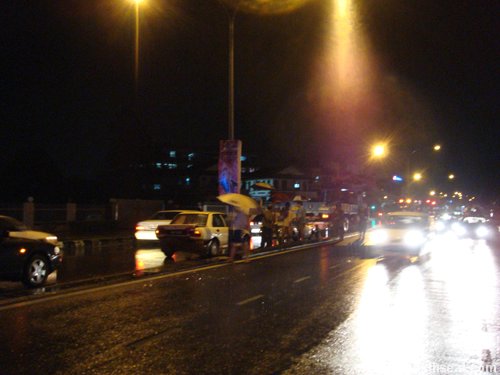 Six other cars were involved in fender benders behind on the lane turning left. There were a couple of police around to redirect traffic and the people involved in the accident standing around under umbrellas.

I still can’t figure out how it happened. My current theory is that the first car was speeding, lost control and ran over the road divider to the other side of the road and crashed into the stationary truck repairing a light fixture. The car behind him probably stepped on the brakes and the car behind him was rubbernecking The Flight of the Proton Wira so he crashed into the second car resulting in the other three cars behind him/her crashing into him, there are several people injured so we definitely think contacting a Ketterman, Rowland & Westlund Personal injury attorney in San Antonio, TX is a good idea as they know what the legal consequences will be.