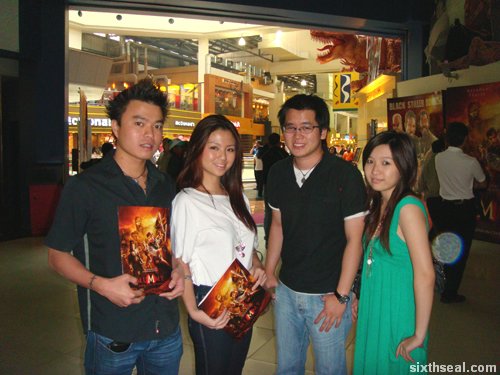 I went to the Mummy 3 press screening at GSC, Midvalley at the ungodly hour of 9:45 am with Timothy, Samantha and Cynthia on Tuesday. It was held a day before the premiere and two days before the official release date. I haven’t been to a press screening before, cheers to Nuffnang for that coz I’m a huge fan of movies. 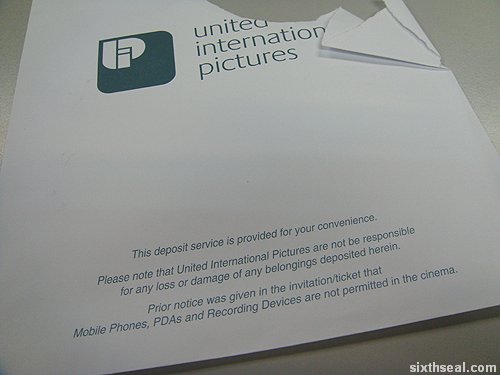 The interesting bit about press screenings is that you have to insert your cell phone and digicam into this envelope thing (with an attached ID) so no cell phones are allowed in the theater itself. 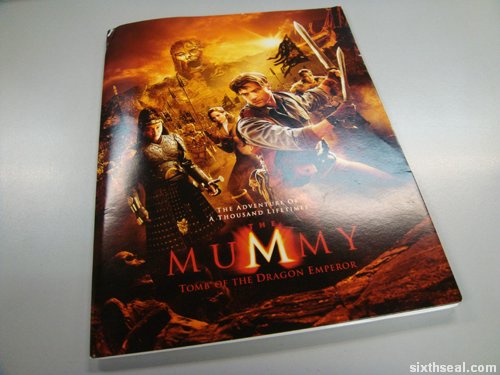 Anyway, we got a Mummy 3 press kit with a text insert containing the list of credits and other filming anecdotes as well as a CD Press Kit with goodies like photos, production notes and the trailer and other information. I found it quite interesting to read, it’s not just the standard plot guidelines but experiences about the difficulties of filming in China and other behind the scenes stuff. The press screening also comes with a free drink and popcorn voucher. 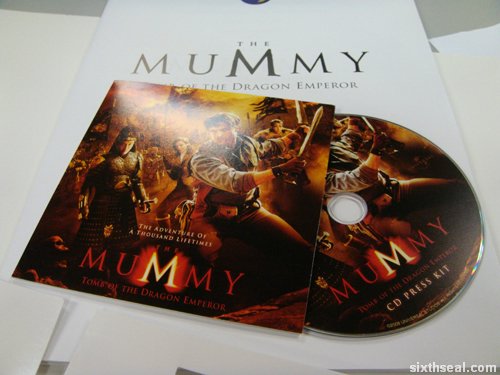 I was looking forward to the Mummy 3 movie coz I’ve watched the first two and found the franchise highly entertaining. It’s nice to be one of the first to watch the movie. Brandon Fraser is back and he’s as good as ever even though he seems to be trying too hard to be funny in some of the scenes.

I loved the plot about The Dragon Emperor which is (very) loosely based on mythology behind the terracotta warrior statues in China. Unfortunately, I had a rather late night the previous night and the sleep deprivation compounded by the extremely cold air conditioning and dark atmosphere of the GSC cinema made me very sleepy (and I have a very strong suspicion that I actually had a couple of microsleeps ;)).

It’s not due to the movie though, The Mummy 3 was great and it has a great plot twist in the beginning and ends well with the standard happy ending that the series is renowned for. It’s a feel good popcorn (caramel, not salted) movie that makes for another great addition to the Mummy franchise.

Jet Li’s character is great, and although he doesn’t have a lot of dialog, his on screen presence fits the character well. He’s menacing and in command. However, it was Isabella Leong’s performance that steals the show. I felt that there was no on screen chemistry between Luke Ford and Isabella Leong but she just has the poise and grace for this particular character (with a slight peppering of melancholy).