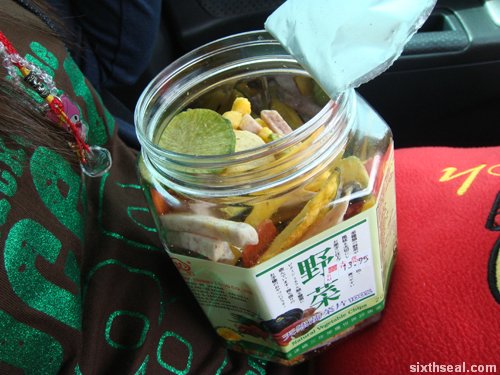 It’s the long Merdeka Day weekend and it was decided that a road trip is due to bring Autumn to check out the legendary Big Prawn Assam Noodles in Sarikei. She hasn’t tried it before and it’s a public holiday so down we went. We got some much needed rations for the one hour drive down – this is Autumn’s favorite vegetable crackers. 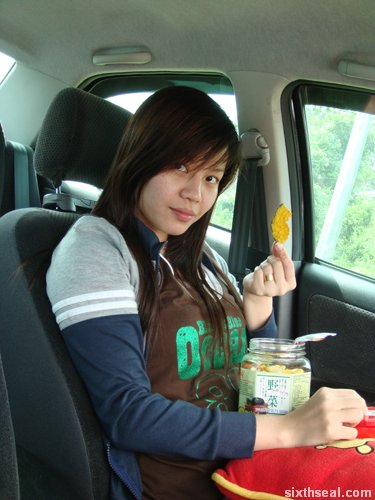 She was tempting me during the drive down… 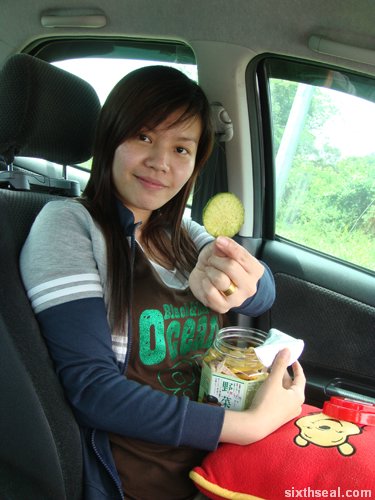 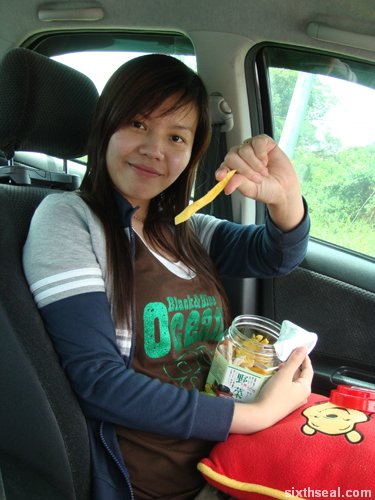 …from a repertoire of herbivore food 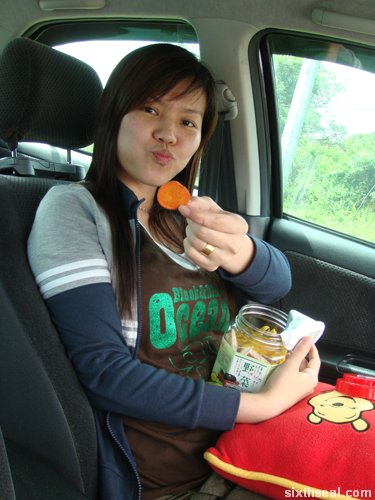 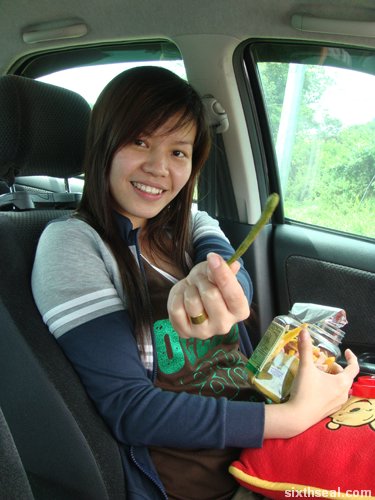 …and long beans. It’s really hard to drive with someone feeding me random bits of vegetables. The long beans threw me off a little due to the phallic shape too. 😉 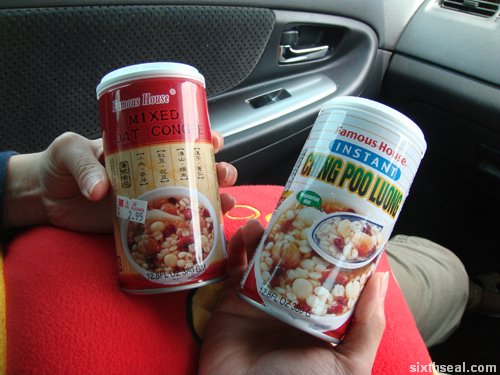 We stopped at the intersection before Sarikei to have some food since it was already past lunchtime. This is mixed oat congee (from a can) which tastes better than it sounds. We’ve been eating this for lunch for quite a while now. 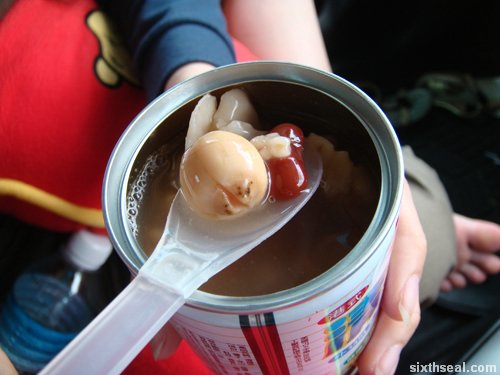 It’s really good, comes with a folded plastic disposable spoon and is full of constipation solutions (otherwise known as “fiber”). 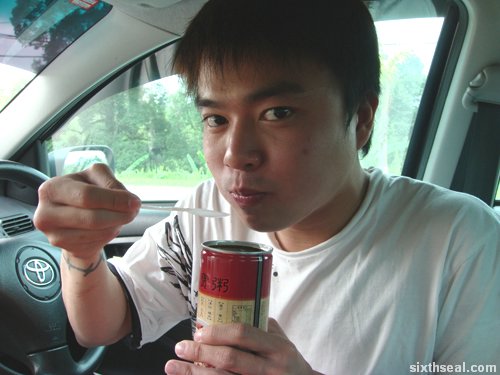 I’m not a big fan of Healthy Stuff (TM) but I have been having a host of health issues lately (not just ED, but constipation to boot :p) so I’m trying to get more fiber into my diet. 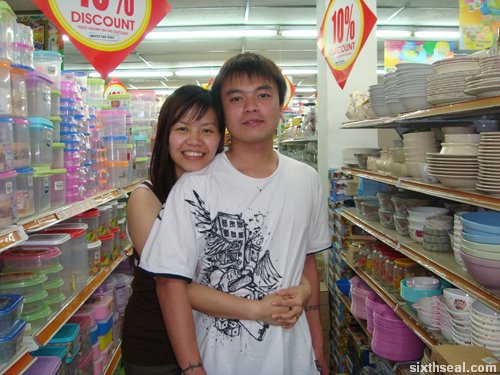 Anyway, after the brunch inside my car, we weren’t really that hungry anymore so we walked around Sarikei town and did a bit of the tourist camwhoring thing. There’s not much to do in Sarikei except walk around the (only) supermarket – Ngiu Kee. 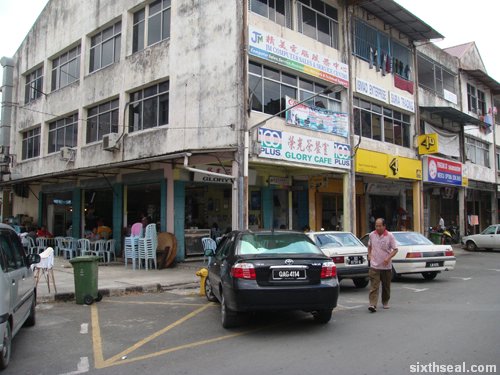 After an hour or two of this, the QAG 4114 arrived at Glory Cafe and parked in its usual spot – right in front of a yellow fire hydrant. 😉 Oh, this is becoming something of a recurring joke. 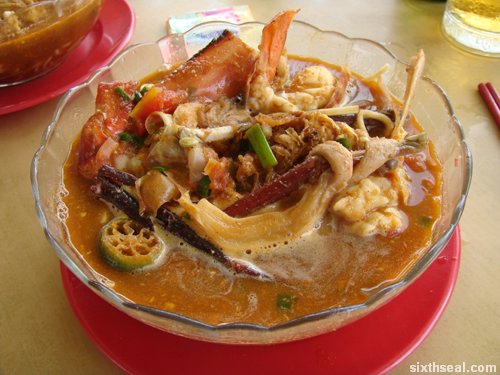 Autumn was a bit apprehensive about the Big Prawn Assam Tom Yam Noodles, but after a sampling of the rich broth, she was sold. 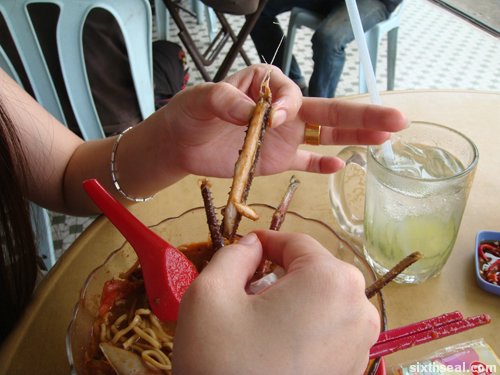 It turns out that Autumn is really good at peeling the antenna of the big prawns as well. She claims it’s a trick she learned from eating prawns during her youth. I can’t do it myself… 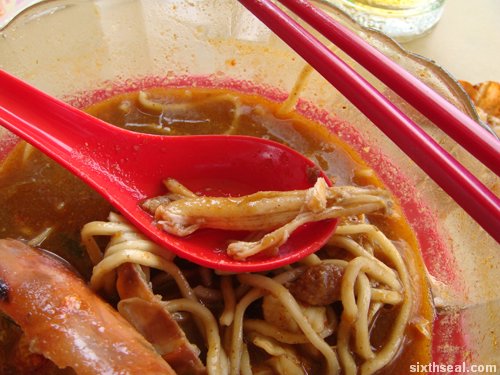 …but she was kind enough to peel the antenna for me. Thanks Autumn! 🙂 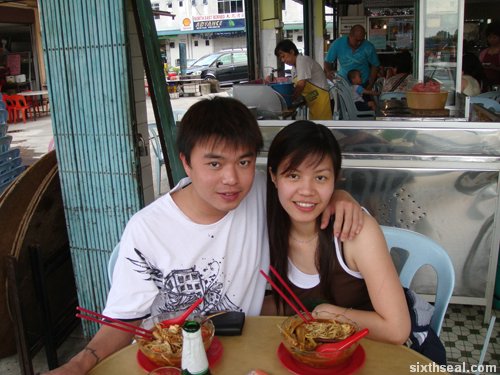 I’ve never met anyone who didn’t like the great noodles over here. It’s really worth the drive down if there’s a long weekend or holiday and you haven’t got anything better to do. Cheers!