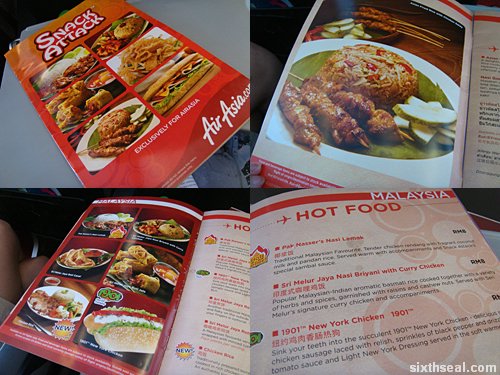 I took the 9:15 am flight out of Sibu to head over to KL for the weekend. My sister is getting married later tonight in PJ so that’s why I took three (3) days unpaid leave to extend my support over here. Anyway, I bumped into a friend on the flight (actually bumped into quite a few people) and sat beside her and decided to sample the new AirAsia menu. 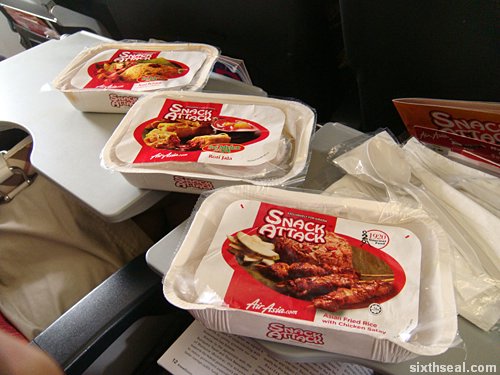 AirAsia has come up with some nifty marketing that ties in their menu with brands like 1901 hotdogs and other franchises. The Snack Attack hot meals packs have also been given a facelift, with standardized features. The hot meal packs now come with full color transparent heat seals with photos and the name of the dish. 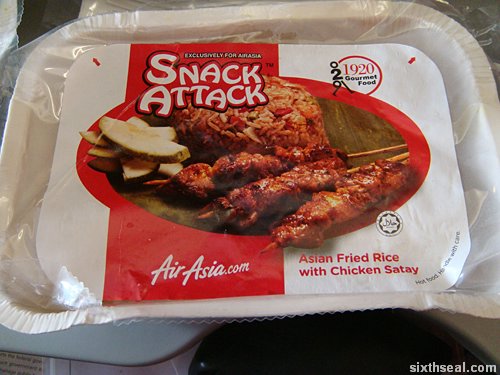 This is 1902 Gourmet Food Asian Fried Rice with Chicken Satay (RM 9). AirAsia has a history of partnering up with established catering establishments for their meals – Sri Melur Jaya is a renowned restaurant in Selangor that provides a large portion of their hot on-board meals. 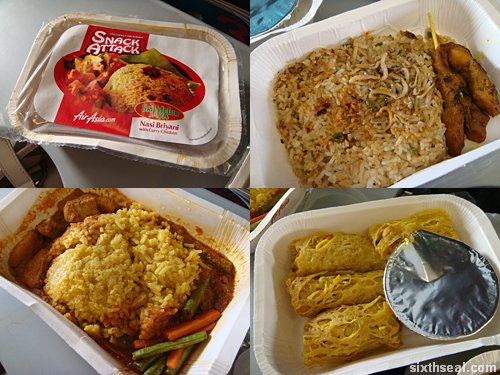 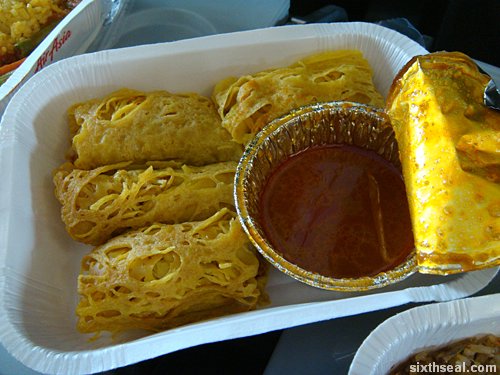 The Sri Melur Jaya Roti Jala turned out to be the best dish of all – taste and presentation wise. It’s quite spicy, which is always a plus point for me. 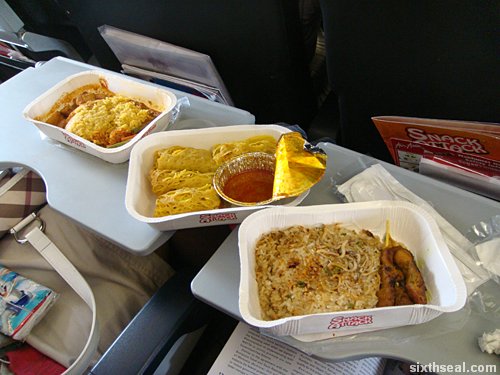 The total came up to RM 27 with a bottle of mineral water. I could have eaten better for less, but eh, it was fun to binge on food on an airplane and I’ve wanted to check out the new menu for quite a while.

P/S – sixthseal.com is still a bit messed up from the backups. Some images are missing but I promise I’ll get that fixed once I go back to Sibu. I’m currently in KL. Cheers!