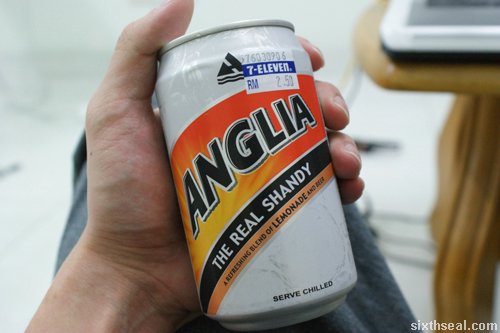 I remember Anglia Shandy as my very first “adult” drink. I used to watch with no small amount of envy at my older cousins drinking beer and eating peanuts during our large extended family reunions. This was back when my paternal grandfather was still six feet instead of six feet under.  😉

My dad never allowed me to partake in the amber fluid although he conceded a can of the distinctive Anglia Shandy one fine day. I was ecstatic! I can finally sit down with my cousins and uncles and drink an “adult drink” while eating peanuts.

I have a secret though… 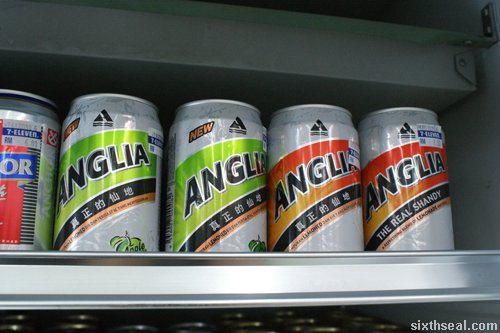 However, I loved Anglia Shandy. It wasn’t bitter to my virgin taste buds due to the lemonade mixture and the ultra low alcohol content. I can still remember with fond nostalgia the day I became a man (at least in my youthful mind).

I also remember reasoning with my dad the following year that drinking beer (5%) and Anglia Shandy (less than 1%) is similar. I wanted to drink real beer with my cousins. The logic I offered was that drinking 1/5 of a can of beer real slow is equivalent to a can of shandy. I picked up that a shandy is a combination of beer and lemonade from the can and put forth my argument, but that’s a story for another day. 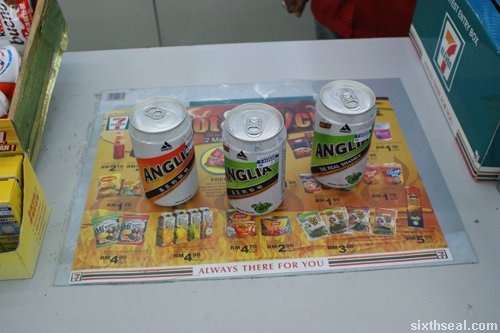 I’ve grown to prefer the taste of malt and hops in regular beer but just like how you never forget your first love, I’ve never forgotten about Anglia Shandy. I heard they came out with a new flavor, which I have yet to check out so I went to the nearest 7Eleven and got a couple of cans of my rite-of-passage drink. 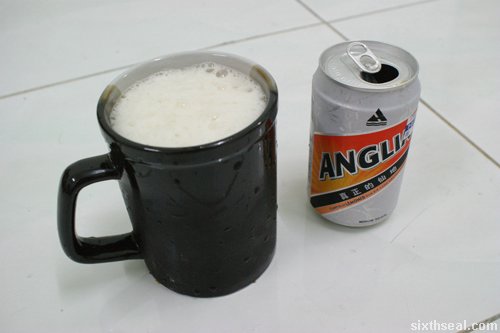 I wanted to get reacquainted with my first taste of the original Anglia Shandy before that though. It was just as I remembered it. It foams with a head like beer but it’s refreshing like lemonade.

The new Anglia Apple is infused with a hint of apple to give this classic drink a twist. I like the taste, and the nifty new packaging wouldn’t look out of place in Shinjuku. 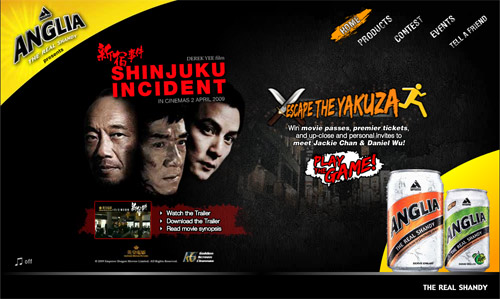 No, this is not an April Fool’s joke!

There is a game on the Anglia site called Escape the Yakuza (the Japanese Mafia, for the uninitiated). You need to cabut from the well-dressed and suited up thugs with missing pinky fingers and generally avoid capture. Oh, and you need to dodge projectiles and weapons thrown by the good people who follow the Bushido code too. 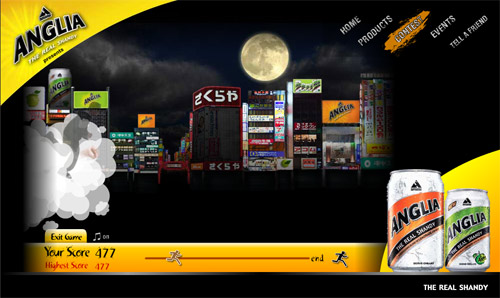 The longer you outrun the Yakuza, the more points you will accumulate. Jackie Chan will open up a can of whoop ass if the obstacles slow you down. You need to watch out for the Anglia Love icon too. Jump up and grab it to gain additional points. The player with the highest point wins!

It’s quite easy really, but I’ll give you some pointless pointers anyway coz I love doing that. 😉 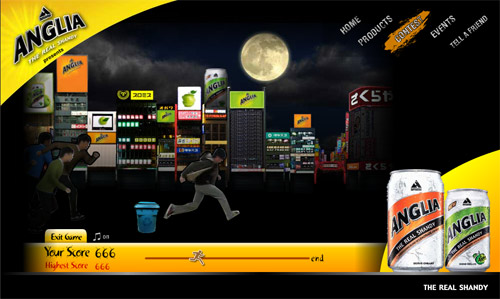 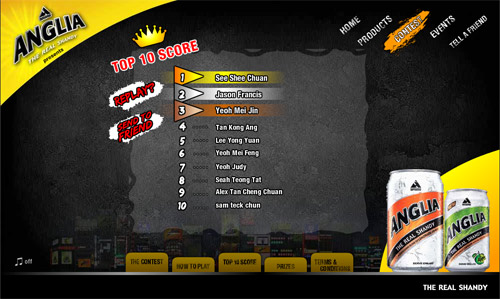 You need to score higher than these people to win.

Top 10 Winners
Each winner gets 5x premier tickets + 2x up close and personal passes to meet the cast (!).

If you’re a fan of Jackie Chan or Daniel Wu (or both) I bet you’ll be interested in the up-close-and-personal “Meet the Cast” pass, so get your gaming gloves on and snag the Grand Prize! This is for the PRIVATE session where only winners can attend.

If you did not win, fear not, there is also a public “Meet the Fans” session where you get the chance to see the cast live on the 31st of March 2009. It’s going to be held at Pavilion KL (Bukit Bintang entrance) at 7 pm so be there or be square (or oval)! 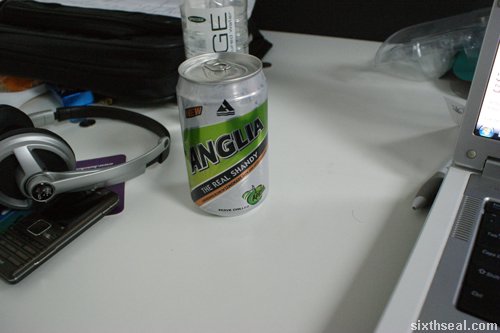 On a separate (foot)note, you can’t actually drink beer or even the classic Anglia Shandy (due to the distinctive color) at work. However, the new Anglia Apple is a whole different shade (pardon the pun) altogether. It’s relatively new so no one knows you’re partaking in the office…

Oh well, if you get fired, you’ll have more time to concentrate on winning the game. Surf over to the Anglia website to play. 🙂

27 thoughts on “The Real Slim Shandy”