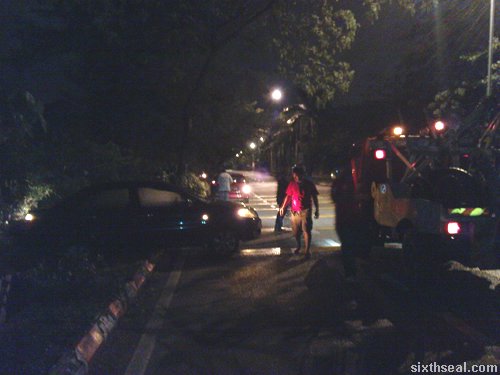 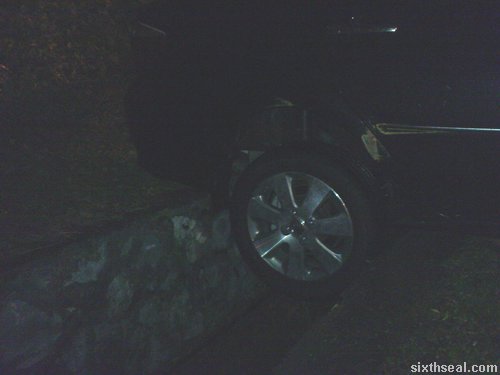 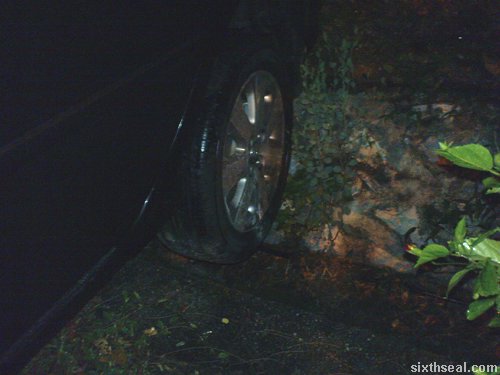 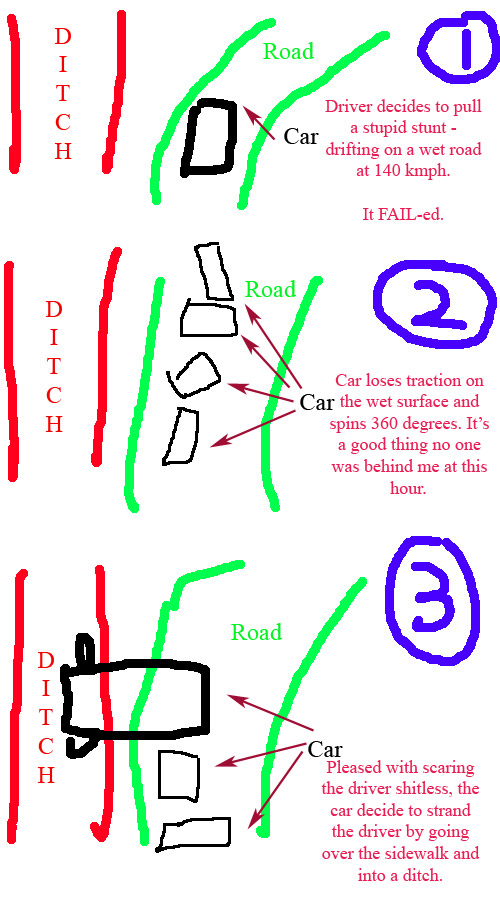 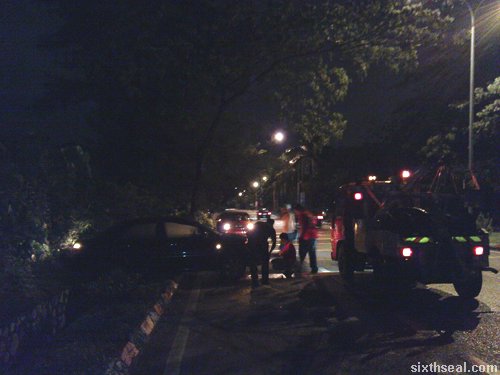 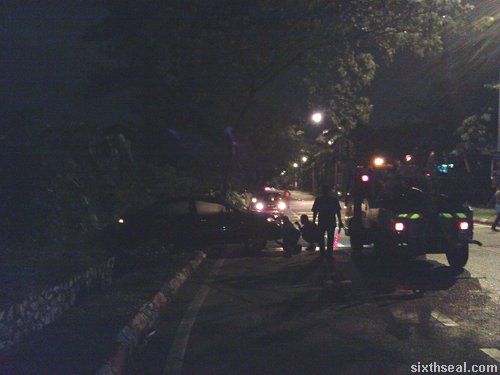 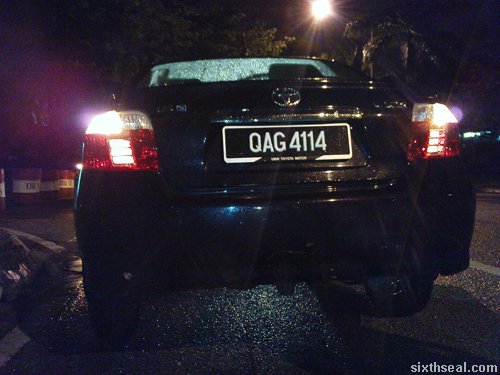 I’m officially broke this month. I mean, seriously. My car is surprisingly sans visible damage but I haven’t crawled under to see what can of whoop ass I’ve opened up to the suspension and other stuff underneath the car. :(