Sea. Air. It’s like yin and yang, two polar opposites of this great chunk of rock we call Earth. I’ve been to both extremes of the horizon my 28 odd years here. I’m an avid traveler, novelty hunter and thrill seeker so I have a natural affinity to new experiences. Nothing rocks my boat (pardon the pun) more than travelling the world and the seven seas. 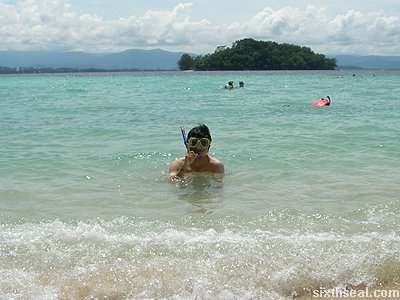 I’ve been deep sea fishing off the coast of Kota Kinabalu. Spending three days on a fishing boat with no showers and the smell of fish permeating everything is certainly an experience which…I’ve repeated several times. Heh! There’s just something about being in the open seas doing some honest backbreaking toil (jigging for tuna is hard work, okay). 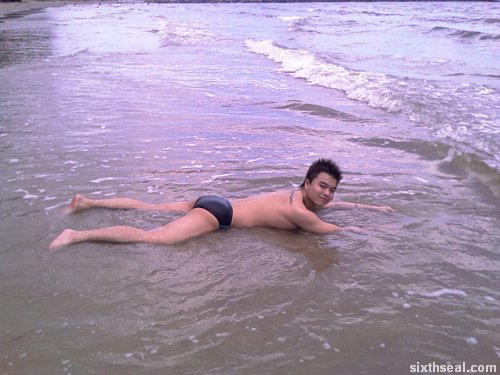 I also enjoy hitting the beaches. The sun on my back, the sea in the horizon and the wind on my face…it’s paradise! 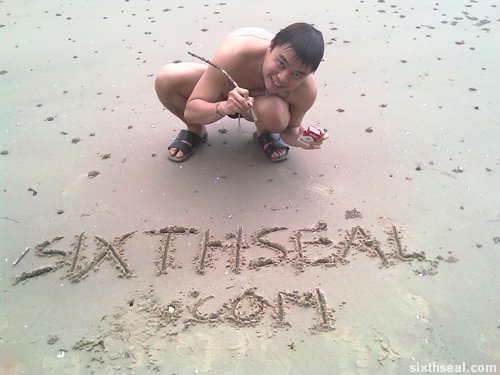 I’ve also been known to go au natural during my beach excursions. 😉 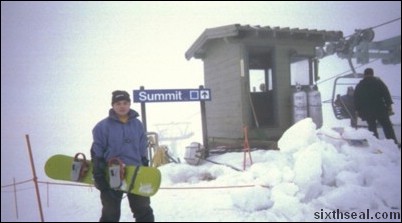 Going a little higher in altitude, I’ve been snowboarding and skiing in Melbourne. Nothing beats hitting the slopes in winter when the weather is all gloomy and depressing. 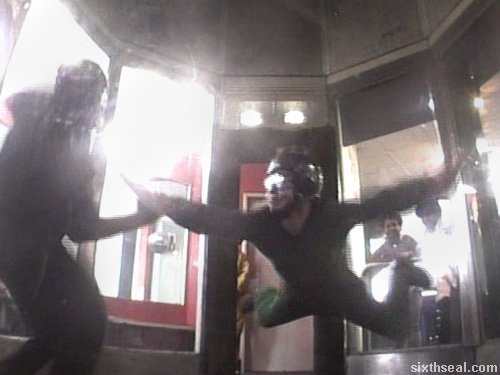 Moving further up the stratosphere, I’ve bungee jumped, skydived and done all sorts of aerial acrobatics…such as this ride in Genting. SkyVenture is a “vertical wind tunnel” that does a pretty good simulation of the free fall experience of skydiving…short of jumping out a plane 4 kilometers up.

I’ve always felt that something was missing though…something important. 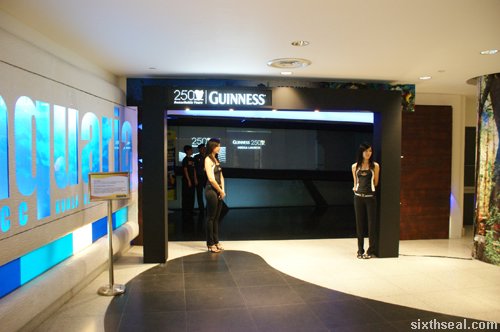 It just didn’t feel…extreme enough. It felt too common, for a lack of a better word. 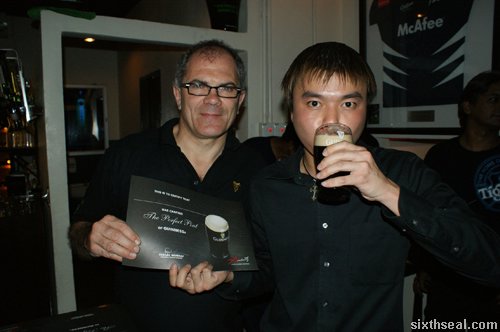 I’ve been trying to top my experiences every single time. I like going to weird, out-of-place destinations like Sri Lanka. 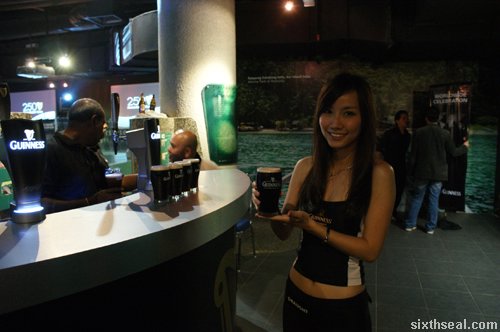 There are two places which I feel are rare destinations, one more so than the other. Antarctica requires at least RM 40,000 for the trip but comes with significant boasting rights. Not many people have been down down under. 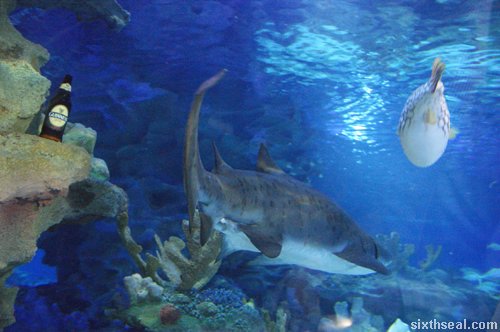 The other is of course the “final frontier” – space. This group is so elite that only a handful of private citizens have actually gone into the great beyond. I’ve been following the Ansari X PRIZE with some anticipation…it’s a step in the right direction. One small step for man, one giant leap for mankind stuff. 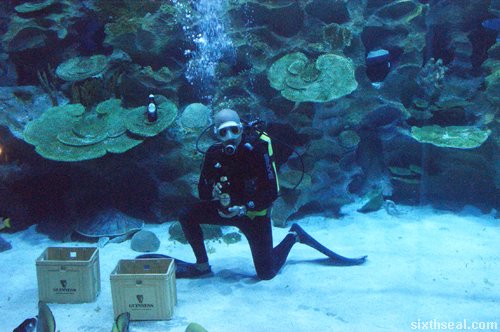 I was pleased when Richard Branson’s Virgin group launched Virgin Galactic for an out of this world (literally!) experience, dubbed space tourism. As an avid traveler, you have no idea what appendages (and perhaps even dangly bits) I would give to have a go. 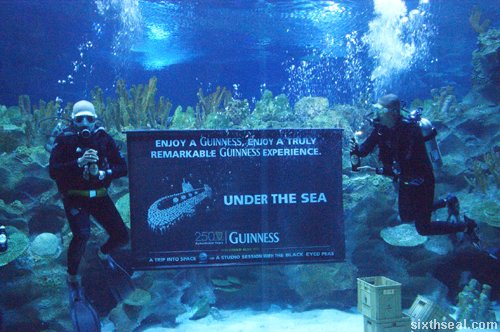 I was at the Guinness 250th Anniversary Global Contest launch at Aquaria, KLCC and I am pleased to announce that you (yes, you) will have a chance to do this and more! The launch was very well orchestrated, with divers unveiling a banner and consuming bottles of Guinness Foreign Extra Stout underwater. 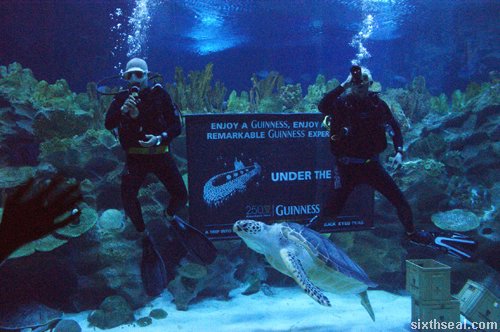 In a nutshell, Guinness is giving away three unforgettable experiences:

Guinness Space Experience
The winner and a friend will fly to Virgin Galactic’s home at Spaceport America, New Mexico for training before going into space for a zero gravity experience.

Guinness Sea Experience
The winner and two friends get a unique opportunity to board the first ever Guinness deep sea bar off the islands of Norway. The four day trip to Lofoten Islands includes the experience of enjoying a pint (or six) 70 meters below sea level!

Guinness Studio Experience
The winner and two friends will get to see an exclusive live performance by The Black Eyed Peas at a recording studio as part of their forthcoming world tour! You’ll also get to spend some time hanging out with the band. 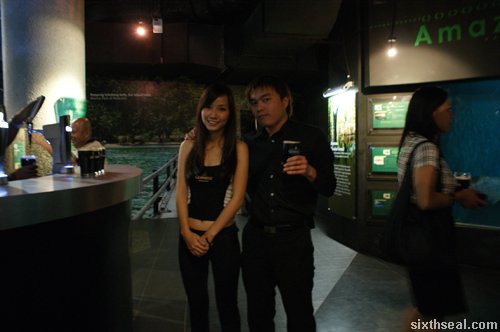 Sea, space or stars (Black Eyed Peas la). No matter what, you’ll be getting one hell of an experience! 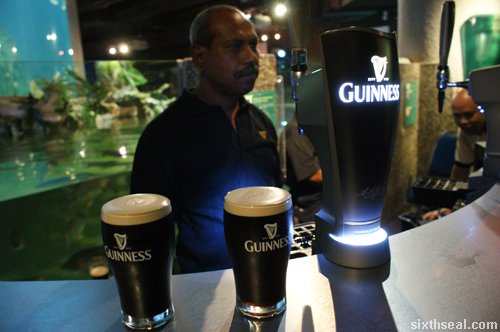