Remember the good old days as a kid when you had to actually WAIT by the house phone to get calls and “mobile phones” were the size of a car battery? 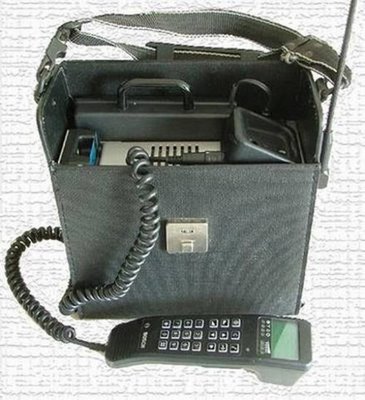 Cell phones, the Internet, (insert 21st century invention) has made everything a lil’ bit impersonal, but I bet our grandparents said the very same thing about the 19th century too. 😉

Now think back to when you were a little kid, doing stuff kids back then do, like talking to your sister in the other room with good old string and paper cups. 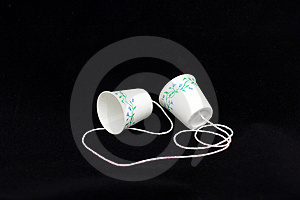 Yes, I got along better with my sis when we were kids.

I kinda miss that bit.

I happen to live in an apartment that is chock full of students and I can hear distinctively female voices coming from the next unit (that is apparently the master bedroom shared by at least four girls, or so I deduce) which is separated from my bedroom by a 1 foot thick wall.

It’s really hard for me to sleep at night so I like to turn off the monitor, lie there in the dark and think.

One day I had this bright idea to recreate the chatting escapades of my youth. You know how every little project is Krrunch when you’re a kid with a hyperactive imagination? I wanted to recreate the innocence of childhood too. I decided to make PCTN (Paper Cup Telephone a.k.a. two cups and a string) with Pringles cans! 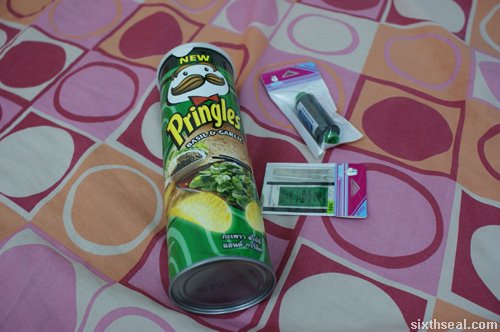 1. Eat the Pringles.
2. Thread the string through the needle and use it to pierce the bottom of the empty Pringles can and knot it.
3. Repeat with the other Pringles can. 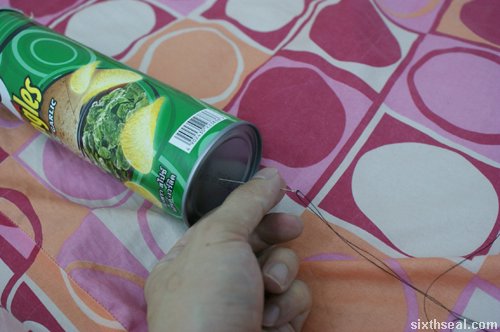 Now for this to work the string must be taut and in a straight line so some improvisations in posture might be necessary.

I dangled one side out of the window, and hollered at my neighbors to pick it up. 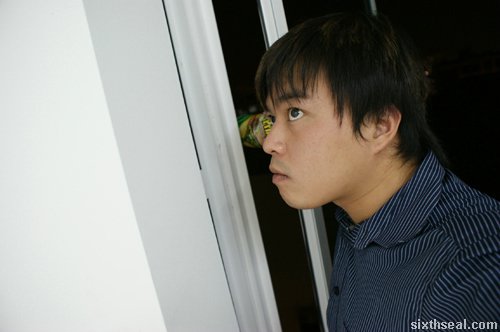 They didn’t. I have no doubt there was much talk that night about the “crazy guy next door”.

16 thoughts on “Its Krrunch Time, Get Playful”