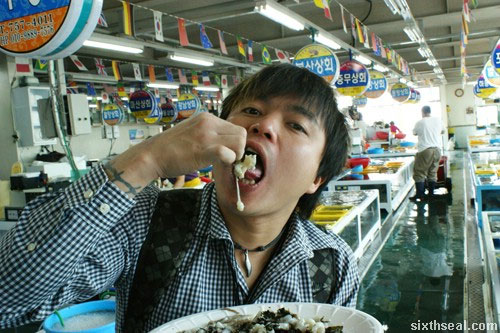 I’m very adventurous when it comes to food. Heck, I’m pretty adventurous with just about anything. I heard that the local delicacy in Korea is live octopus so I was DETERMINED to try that when I went to Pusan, Korea a few months ago. 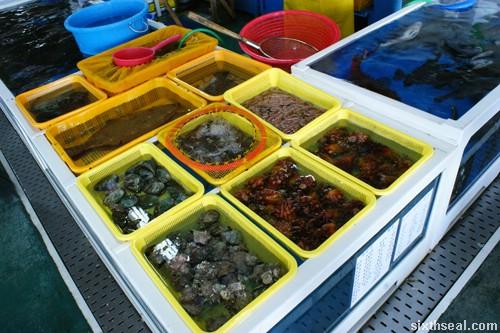 What happens during the Dining Experience (TM) is that the person (wo)manning the octopus counter takes out the tentacle waving creature of your choice and quickly chops it up. It is drizzled with sesame oil and dried seaweed. You’re supposed to eat it straight away. 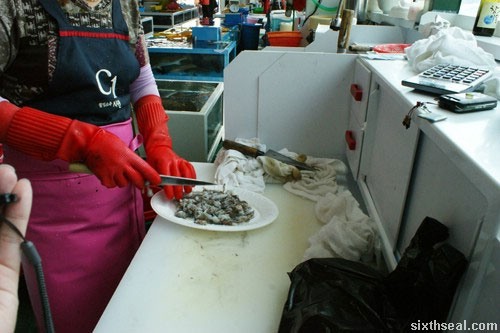 I’m not too sure about the anatomy of octopi but it was still moving a good 10 minutes AFTER the woman murdered it. I’m serious! Tentacles were twitching and the suckers were still half heartedly trying to grab onto some fish (or whatever it is octopus eats).

Our Korean translator Kim (who is Korean) wouldn’t even touch it until we persuaded her to. She is aware of the dish, obviously, but she was just concerned about eating it. It’s not just coz of the geli factor but amongst her stated reasons was that a host of bacteria and other disease transmitting vectors could be in the octopus, since it’s raw.

You wouldn’t want to get a case of E.Coli or some rare form of toxin poisoning from stuff eaten by the octopus before it was brutally slaughtered. 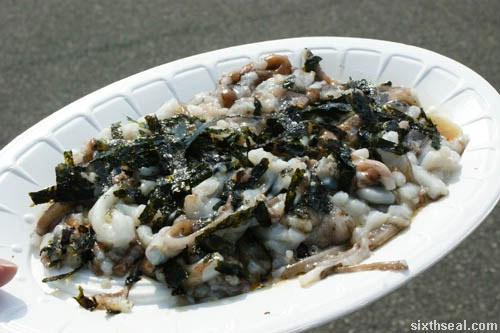 Ha! Not only are you covered for hospitalization but you’re also making your money work for you AT THE SAME TIME! How does that sound?

(I know it sounds like I’m an insurance agent but wait!)

It sounds like a win-win situation to me. Haha! Honestly, I love these investment insurance plans. You get covered AND earn a bit of money while you’re at it.

It also benefits you by giving you money back with the No Claims Bonus if you’re as healthy as an ox! 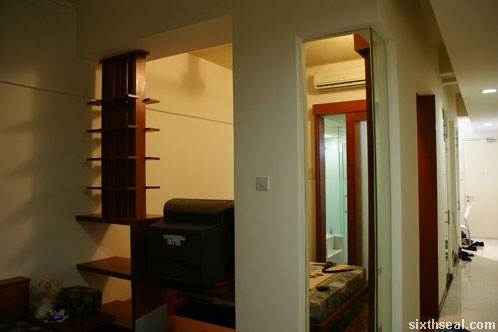 I think the best part (and what differentiates it from the regular PruHealth plan) is the investment aspects since I’m really trying to save up to buy my own place. Paying RM 1,300 for a studio unit doesn’t exactly make financial sense when you can dump in a down payment at a place where you like and buy the thing for about the same amount each month.

The PruBSN Takaful Health rider makes really sound financial sense though. Health and insurance combined. You know that saying? You can be the richest man in the world but if you’re not healthy enough to enjoy it, there’s not much point right? This puts both into a single plan. Check out the Prudential BSN Takaful Health for health and investment all rolled into one!

It’s always better to chuck your savings into investments like this, you can get much more from compounding interest than if you just stuck it in savings. You don’t even need to be Muslim to get on it 🙂

33 thoughts on “Two birds with one stone”