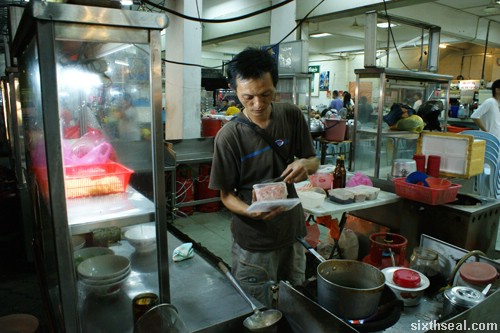 One dark and stormy night… 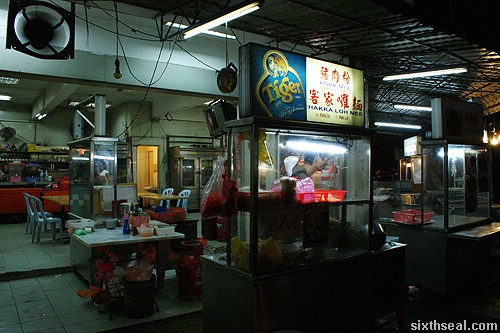 Okay, it wasn’t stormy but it was late at night. Most of the places were closing down but I saw this coffee shop which was still open and drove in. 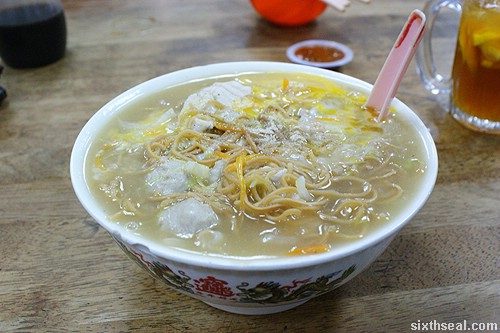 We decided to share the Hakka Loh Mee since Caydence is of Hakka descent and would be able to gauge the authenticity of the dish. I was wrong on both counts since she doesn’t eat anything – apparently she was the inspiration for Matthew when he wrote “Man shall not live by bread alone, but by every word that proceedeth out of the mouth of God“. 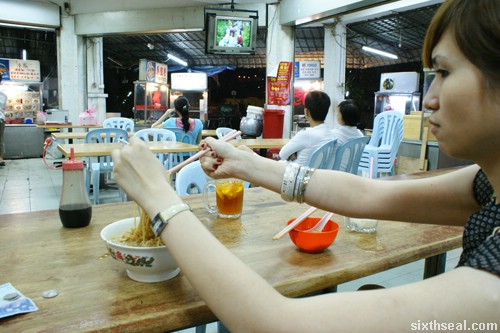 However, she does know how to cool down a piping hot bowl of Hakka Yee Mee (they ran out of Loh Mee) quickly. Don’t be fooled, she wasn’t getting a portion for herself, I did that already and she doesn’t want to eat. She’s just reducing the temperature of the Hakka noodle dish. 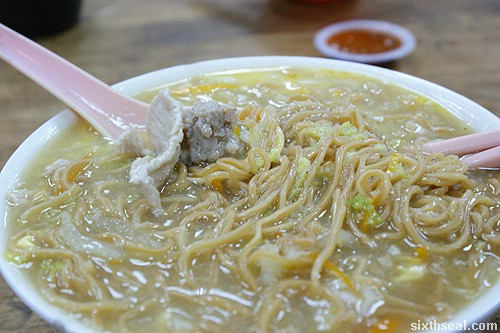 I wouldn’t heap accolades on the Hakka Loh Mee – it wasn’t anything special even after hefty seasoning with vinegar and pepper. It was starchy and eggy and by all accounts looks palatable but if I had one word to describe it, it would be mediocre. 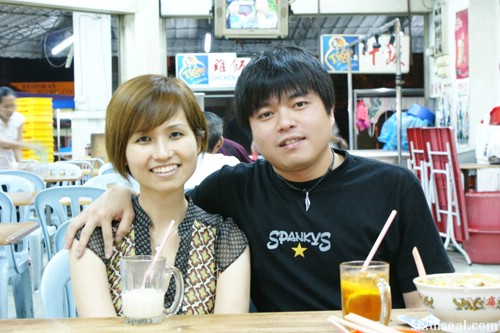 This place is located Somewhere in Bukit Jalil (TM) near her apartment but I’ll be damned if I can find it again since I didn’t turn on the GPS. Well, considering the quality of the food, it’s not like I want to anyway. 😉