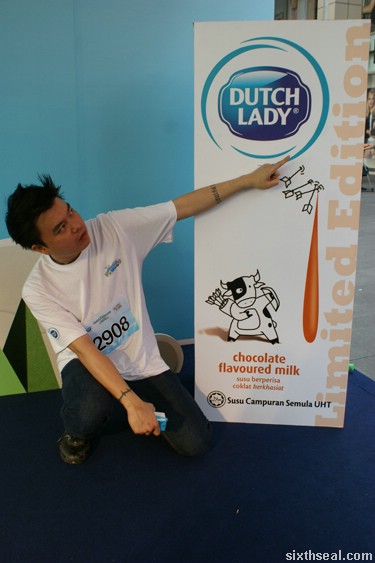 I went to the launch of World Milk Day 2010 in Pavilion, KL two days ago to witness and participate in the Malaysian Book of Records attempt for the Largest Milk Drinking Event ever. 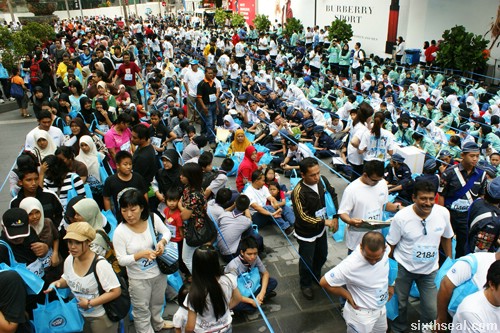 There were throngs of people there and Dutch Lady was handing out packs of their limited edition UHT milk to the 3,200 (!!!) people in this record breaking feat. The initial target was 2,500 people but they managed to get way more than that. 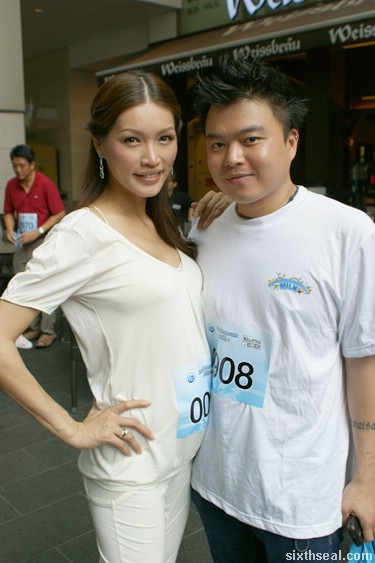 Oh, and I bumped into Amber Chia! (must put two photos 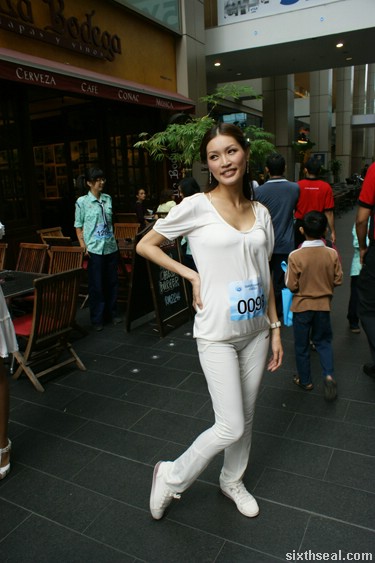 I also spotted the TV3 crew – they were there to document the event and I tried to spot the videographers but I reckon it’s a bit of a challenge to get yourself into the lens with the massive crowd that was there. 😉 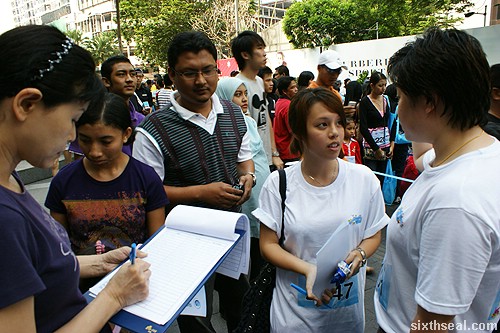 The day started with a welcoming address by Bas van den Berg and the usual speeches before we were briefed on the record breaking attempt. 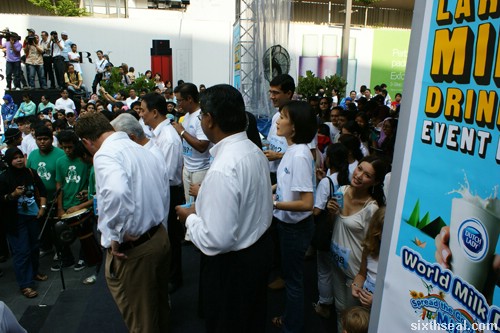 There was a countdown by the drummer before the live crossover to TV3 (gotta check if I managed to get in the shot) before the 20 minute attempt was done smack dab in the packed area outside the mall. 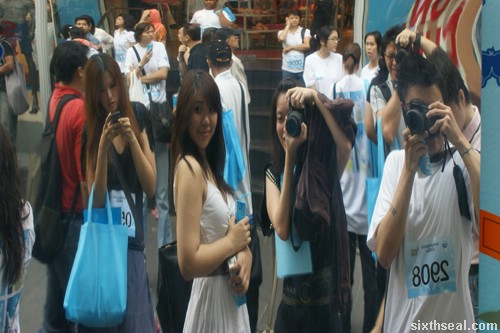 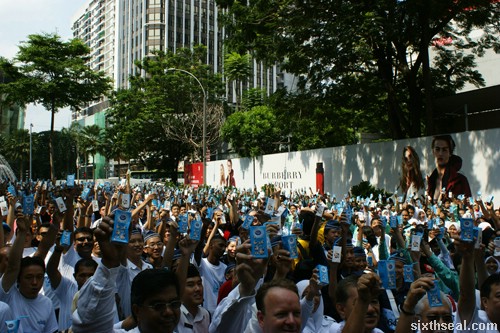 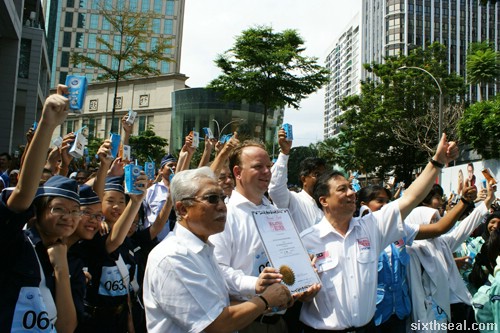 Rita Rudner is famous for saying that “In Hollywood, a marriage is a success if it outlasts milk“. Well, I’m not one to argue with that but we managed to achieve, nay, surpass the record! This is the Malaysian Book of Records adjudicator presenting the certificate to Dutch Lady. 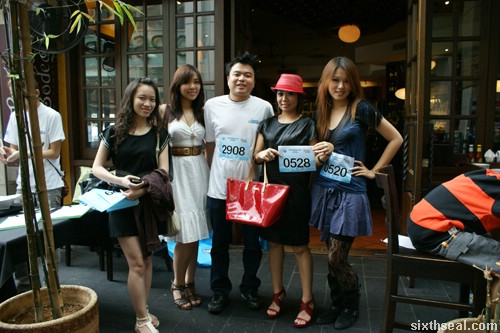 The event wasn’t over though – activities galore was held throughout the day. 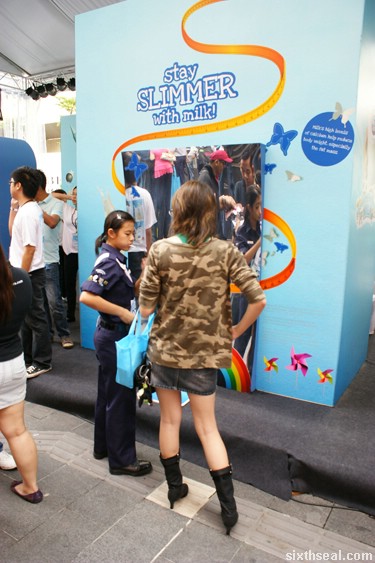 I particularly liked the one by the cheer leading team. 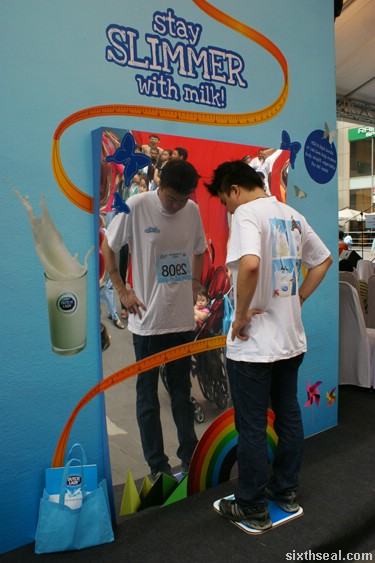 Don’t get me wrong, the reason I enjoyed it was purely out of…er, scientific interest. Milk provides energy and I wanted to see and behold with my own very eyes just how much energy it can provide for a 1 hour cheer leading routine. 😉 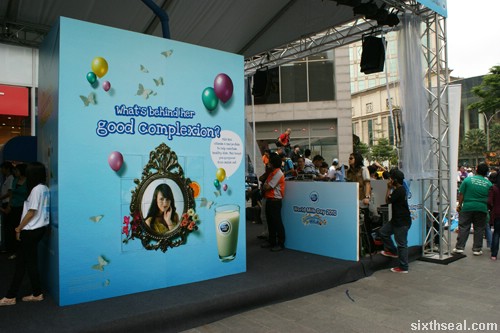 There were free milk giveaways and performances. There was also a flag off of the Dutch Lady World Milk Day Convoy out to distribute milk packs nationwide. 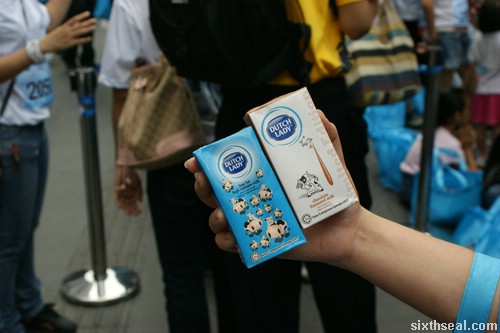 1st June (today!) is designated as World Milk Day where the virtues of consuming this dairy product is celebrated around the world as well as the act of consuming milk. Dutch Lady will also be giving out free milk packs at toll plazas at all major highways today. This is not just limited to Peninsula Malaysia but Kuching too, so go grab one! 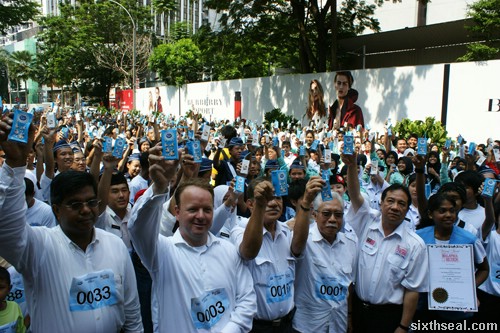 Dutch Lady is also running a contest called Spread the Goodness of Milk where you get a chance to win prizes worth RM 1,000,000 from just guessing the number of milk packets by type and answering two easy questions. You can even win a HOUSE! Get more details here!

36 thoughts on “The Largest Milk Drinking Event Ever”