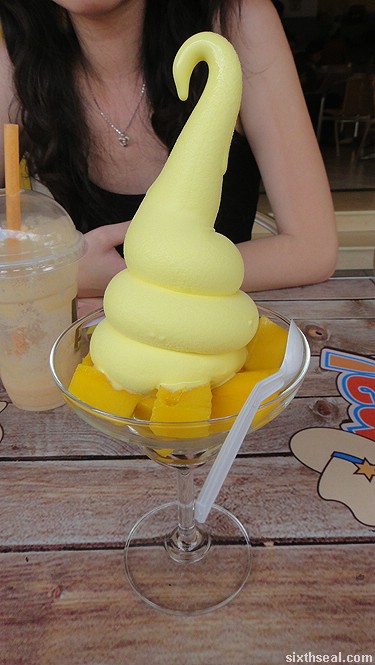 Mango Mania Dessert Parlor and Beefy’s Steaks is a two-in-one eating establishment located at Jalan Telawi, Bangsar which is puzzlingly located beside a boutique as well. It’s Fresh’s birthday and she had dinner plans so we went for lunch instead. Yes, it’s the very same Fresh who was kind enough to act as videographer for 5 hours. =D 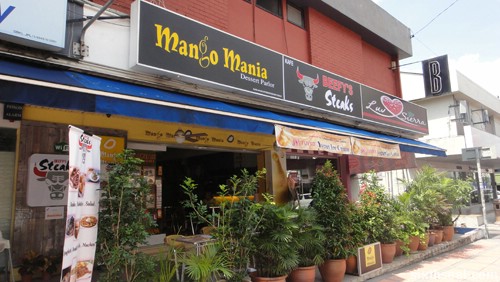 We were driving around Telawi and wanted to head to BVII when we spotted this nook in the cranny place. It seems to have been featured in a lot of publications before from the proud display of cuttings on its facade. 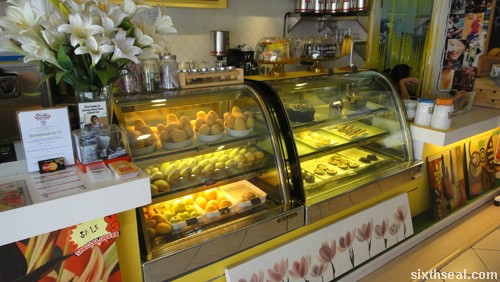 This place appears to have started out as Mango Mania – a dessert parlor, before diversifying into steaks. They have a couple of interesting things on the menu like Mango Burger which wasn’t available when we were there. 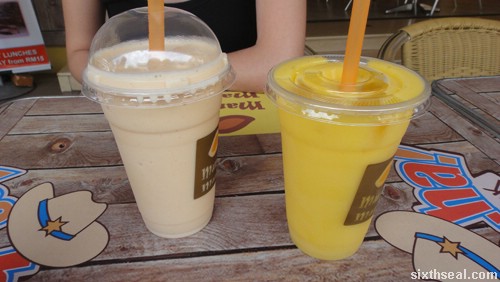 Fresh Mango Juice (RM 11.90) and Orange-A-Peel (RM 11.90). The former is pure mango juice with sugar added and it’s thick and good. The latter has mango plus a smorgasbord of citrus fruits which Fresh ordered. 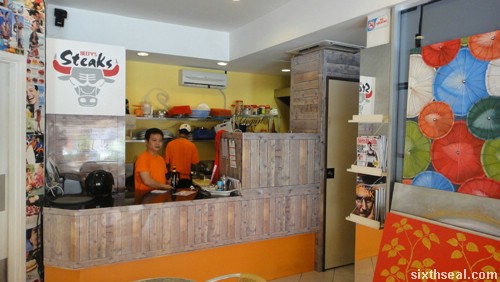 Alright, now let’s get down with the Beefy’s Steaks bit! 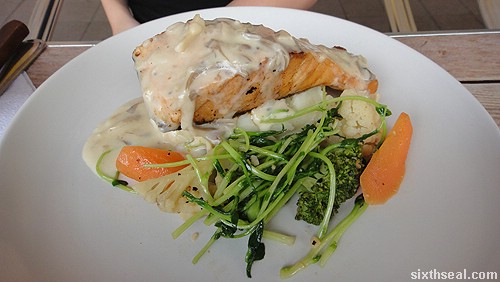 Fresh ordered a salmon dish which according to my receipt is called OTHERS (RM 19). Ya ya, I’m sorry I forgot to take a photo of the menu of her order. It’s pretty good. 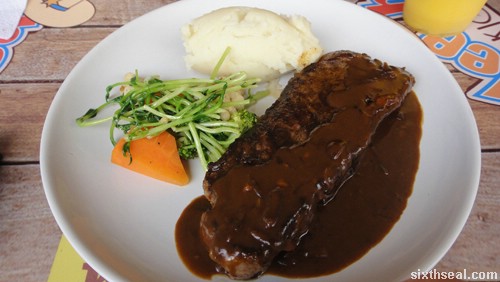 I on the other hand stayed true to ordering steaks to a place that’s called Beefy’s Steaks – Sirloin medium rare (RM 29) with shallot brown sauce, seasonal veggies and mashed potatoes. 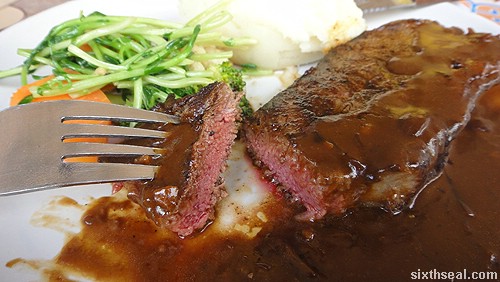 Medium rare means medium rare over here – both the dishes tasted good but then again we were hungry so YMMV. 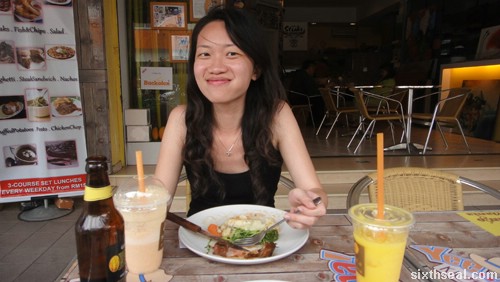 I have one beef (pun intended) about this place though – a bottle of Guinness FES costs RM 18 which is pub prices at a cafe environment. The bill came up to RM 115.10. 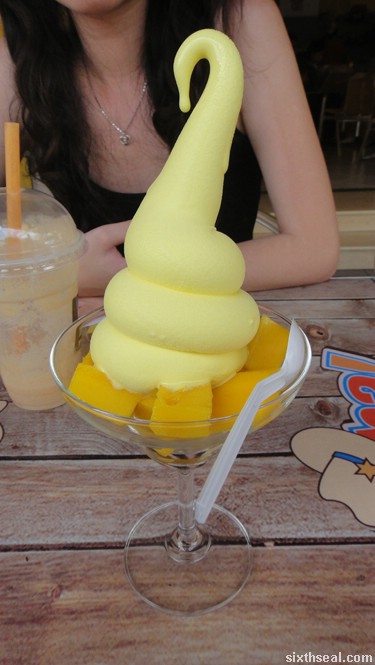 We still had space for dessert so I went for their flagship 98% fat free frozen yogurt. This is so good I would dub it orgasmic. I ordered the Mango Dress Me Up (RM 8.90) which is Yo Froz of your choice with fresh cut mango. It’s frozen mango yogurt…with fresh mango cubes! 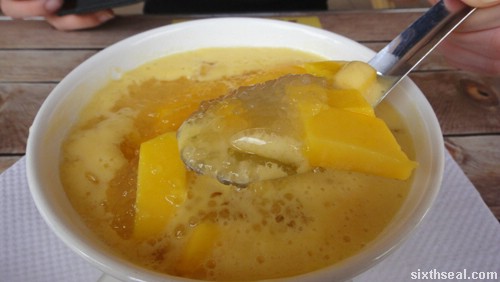 Fresh went salmon again (swimming against the flow) and ordered the Mango Sago Pudding Ice (RM 10.90) which is a HUGE bowl of fresh mango, sago, mango pudding and ice in milk blended mango puree. It was alright, but… 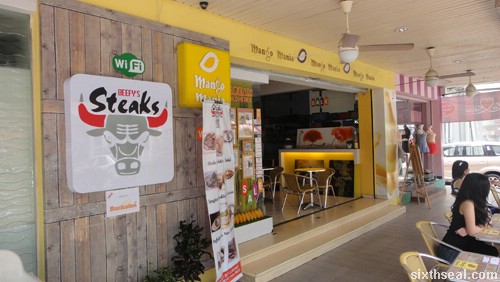 I must admit though we kinda got nectarine overdose at the end.