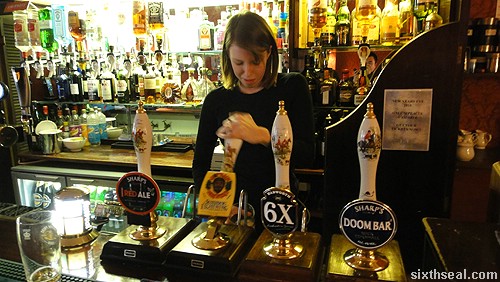 The closest thing to English cuisine is probably the food you get in pubs. Pub grub comprises of dishes ranging from bangers and mash to more elaborate Sunday roasts. 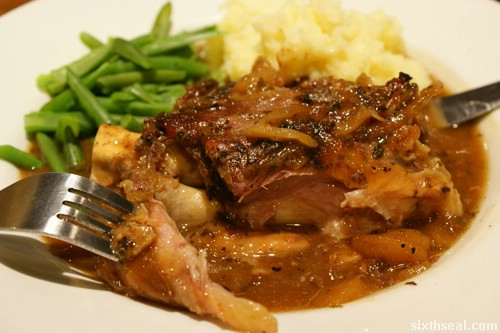 I once asked a resident what the best food locals eat in London is and he quickly answered, in all seriousness, I might add – Chinese and Indian food. He went on to explain the cultural melting pot made curries and such a staple of modern gastronomy. 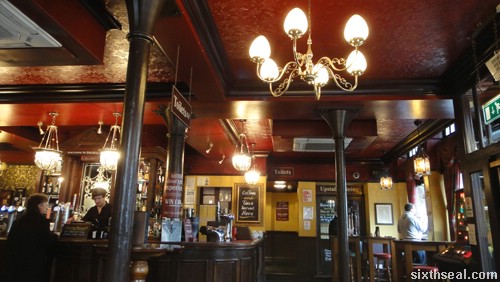 Pub food is probably the last bastion against the influence of globalization (not that I’m against it, it’s just that I want to eat proper English food, whatever that may mean, while I’m there). It’s best served with a pint (or three) of one of their local draft beers, which is nowhere near as carbonated as other beers – it’s pulled manually and comes up with a proper head. 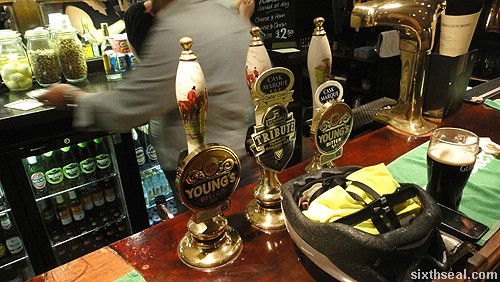 One interesting thing I noticed about the pubs is that you can ask for an extra pull if you feel that the foam is too much. More beer. w00t.

I hereby present a selection of the pub grub that I’ve had during my vacation there:

This is a variant of the popular fish and chips – substituting scampi instead of fish. It’s served with slab cut potatoes and green peas. I also had a pickled egg on the side. It’s an acquired taste, pickled eggs. I love pickled eggs with my fish and chips when I was in Melbourne. 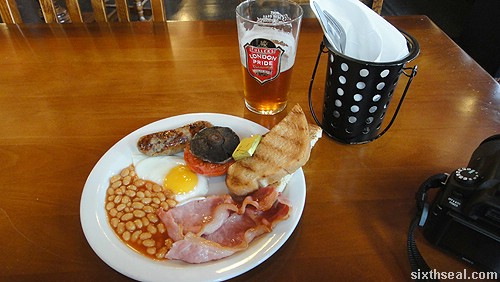 It has the works – bacon, portobello mushroom, grilled tomato and toast. 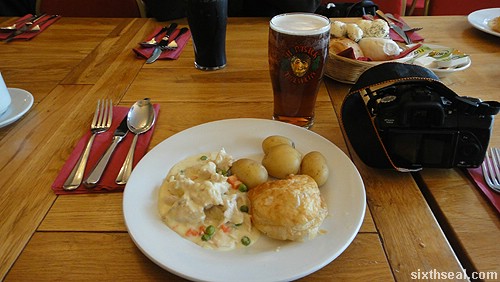 This chicken pie is rather unorthodox as the filling isn’t INSIDE the pie. Instead, the chicken filling is served on the side and the pie crust is empty. The boiled potatoes fulfills the carb intake and is best eaten with butter. Delicious! 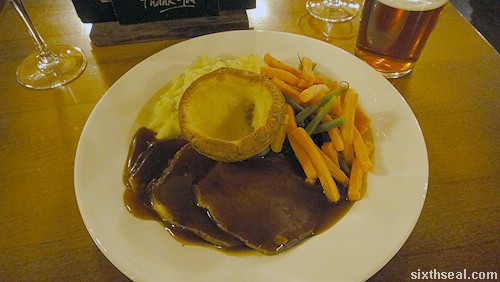 This can differ according to which pub you go to but it’s basically a choice of meat with gravy and some sides to fill you up. 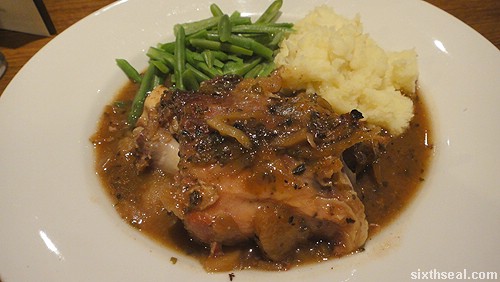 Now this is one juicy and remarkable piece of work. A huge chunk of pork is served with mash and green beans. The pork is tender – it’s the cut near the leg, also known as pork knuckle. It has a lot of tendons in addition to the meat and fat, which makes it all the more palatable. The gravy is made of apple and cider sauce. Mmm…

Bangers and mash with black pudding 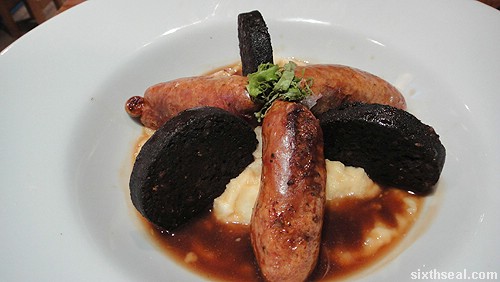 Bangers and mash is traditional pub grub – it’s sausages with mashed potatoes and gravy. I also ordered some blood pudding to go with it. 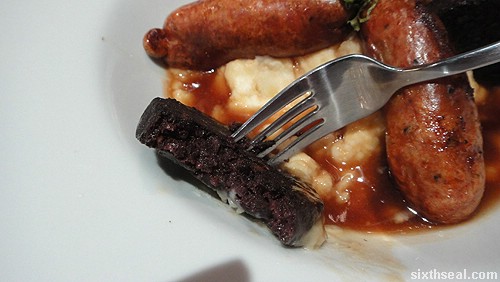 Blood pudding or black pudding is a type of sausage made with pigs blood and it’s as tasty as it comes. Definitely a must try in England. 🙂