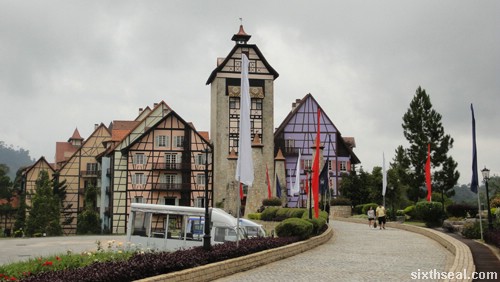 Yes, I have hit the big 3-0! It happened on the 5th of April and I went up to Colmar Tropicale to celebrate the start of having to write my age with the numeral 3 in relative peace and quiet (as is appropriate for people in their 30s ;)). 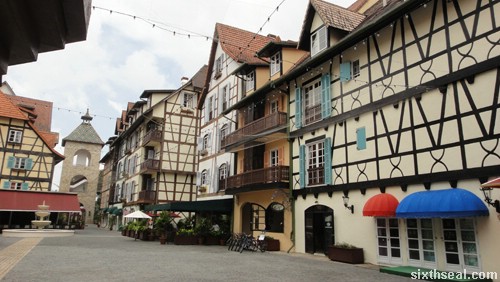 Colmar Tropicale is a French medieval themed resort in Bukit Tinggi (also called Berjaya Hills) and I secured a 1 bedroom suite there for about RM 300. I woke up late but we managed to reach there at around 12 pm and checked in. It’s about 3,500 feet above sea level and can be cool when the air is blowing but it’s not as cold as the other highlands. 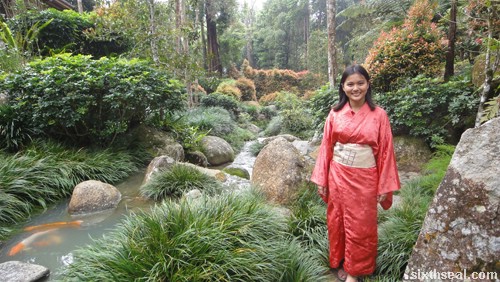 Anyway, after a bit of exploring – I’ll write about the resort in another post – it was time for dinner. My girlfriend bought me dinner at La Cigogne – the best fine dining French restaurant at Colmar Tropicale. The food was good but I don’t think it’s authentic – more fusion cuisine than French. I had some wine and we also got a slice of cake to await the stroke of midnight.

I celebrated my 30th birthday at the balcony of a French themed resort in the highlands. Heh! We were full from dinner and I had to eat the entire slice of baked cheesecake sourced from a (you, guessed it) French bakery in the resort. It was adorned with three large candles. -_-

My girlfriend sang a birthday song and asked me to search the drawers of the suite for my present. 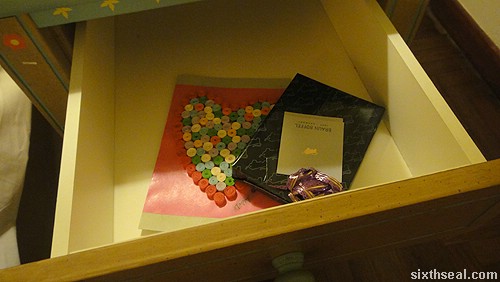 I didn’t know she brought me a present! I realized later that when I switched rooms (preferred one with a balcony) she had to scramble to pack the presents back when I wasn’t looking. She had bought me a Braun Buffel wallet and handmade a birthday card with twists of tiny paper – it took her three whole weeks to do the latter.

Thanks dear! I love you Jeanie. <3 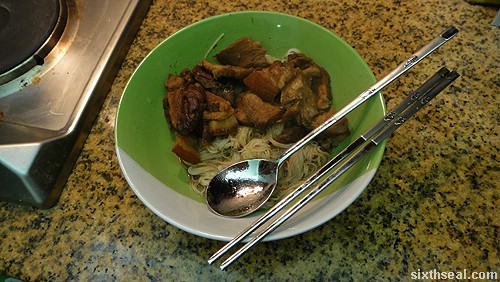 We got home later the next day and she cooked mee sua for me – longevity noodles is a traditional dish in Chinese birthdays. What isn’t so traditional was that it wasn’t served with chicken soup but stewed pork leg – my favorite. Heh! 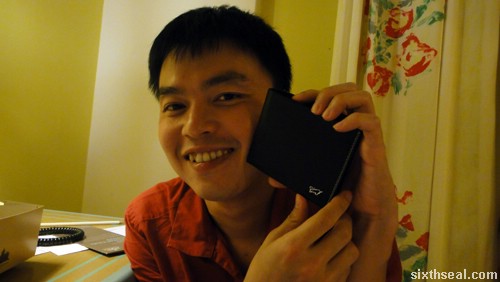 I had a great 30th birthday. It was relaxing and to be honest, I still don’t feel a month over 25.