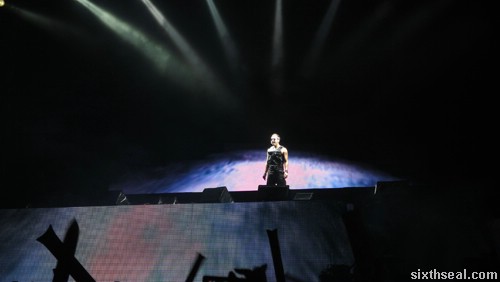 I dropped by the Rain concert after the F1 race in Sepang on 10 April 2011. It was after the final race and there was already a good sized crowd forming there at around 7 pm. Luckily, I had pretty decent tickets so I managed to get into the pit – was about 5 meters from the stage itself. 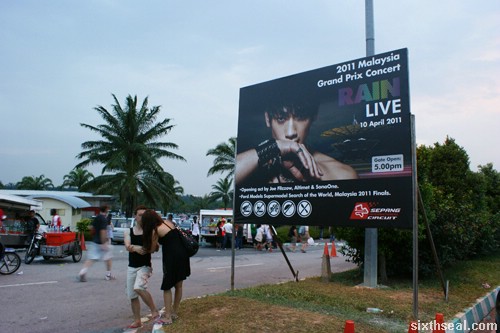 I can’t say I’m a fan of Rain. I don’t know him at all except from the Clear shampoo TVCs. I went to catch his performance with very little expectations since I don’t listen to K-pop. 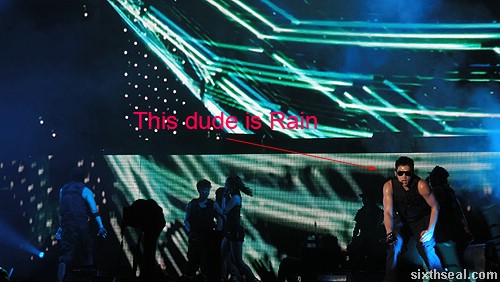 Rain has a really good stage presence – his choreography is excellent and the stage set is managed well by his technical people. However, I can’t say I’m impressed with his singing. I don’t think he’s that talented – he’s just one of those pretty boy “idols” that teenage girls go all gushy over. 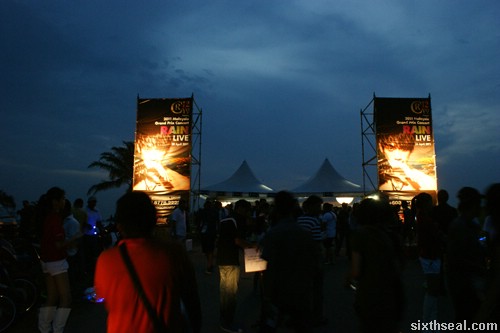 However, I must admit that he’s quite good at what he does – namely his appealing looks and dance moves. The pyrotechnics helped a lot too! 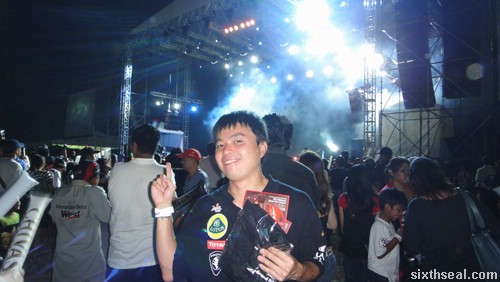 I’m not his target audience, but there were legions of fans screaming for him. His fan base is predominantly female and he knows the usual tricks to get them into a frenzy. 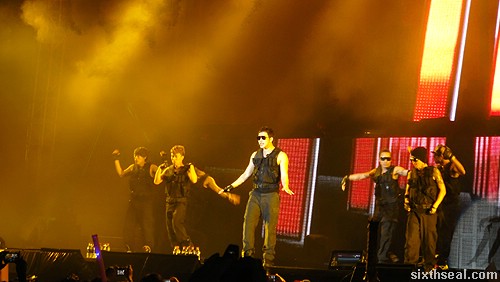 One interlude had him commenting on the heat in Malaysia while taking off his shirt and wiping his sweat with it and throwing it into the crowd. 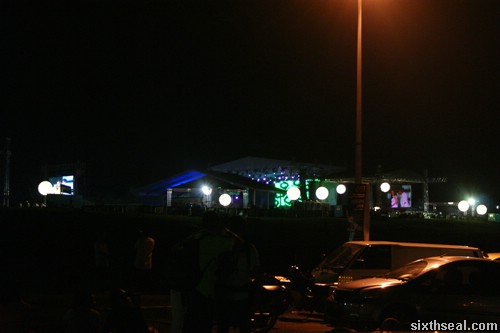 That went down very well. It was a huge hit with the crowd and I bet the girl who caught it would really treasure that personal souvenir. I don’t want to think about what she would do with it in the privacy of her own room. 😉

I will refrain from making captions like “It’s raining (men)” but that is apparently his most well known song. I think it’s called It’s Raining. I captured it in its entirety for your viewing pleasure. 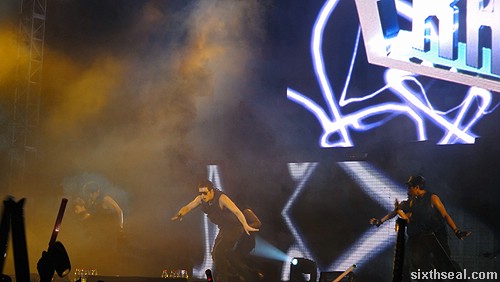 I don’t know how many people who’s reading this is a Rain fan. I’m not but if you are, I hope you enjoyed the video coz I had to stand there for damn near two hours before he came on stage. 😉