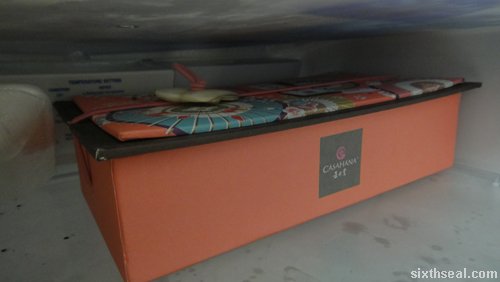 I have a box of mooncakes from last year in the fridge. I know it has expired but I never took the trouble to throw it away. It came in a nice package and my fridge is icy cold, so it’s not like there was an offensive smell emanating from it. *shrugs 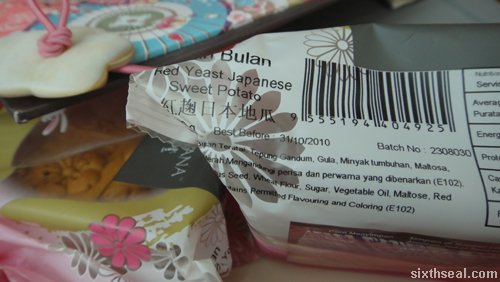 Anyway, I was a bit curious about the state of the mooncake so I took it out just now. The use by date is 31/10/2010 – it’s almost a year since the manufacturer has deemed it fit for human consumption. However, it looked normal to me – there’s a distinct lack of fungi, so don’t expect a carpet of mold calling the mooncake home. 😉 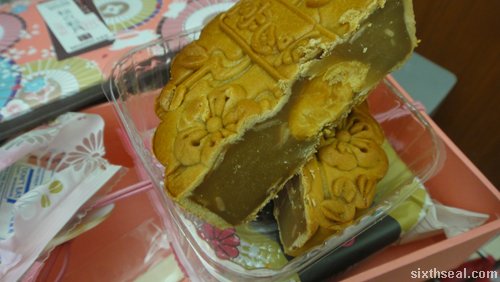 It looked edible. Now, that really piqued my interest so I took one of them (the lotus with egg yolk) and sliced it in half. It still looks fit to eat. Hmm…well, I guess there’s just one way to find out. 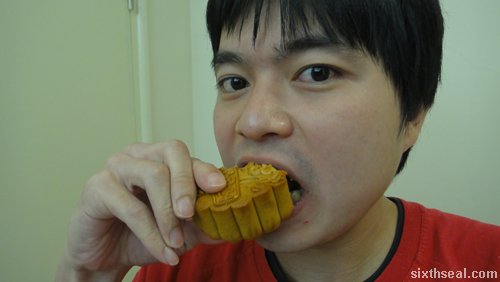 I bit into the rock hard (it was frozen) mooncake and chewed on a small chunk. I tentatively rolled it around my tongue and hesitantly swallowed a bit of it. It tasted fine!

Imagine that, a mooncake which has expired for one year…but still (at first taste) palatable! 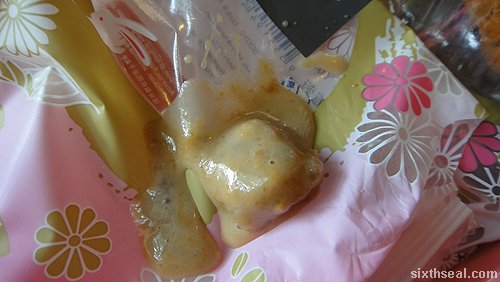 …until I nibbled at the egg yolk. I have great control over my gag reflex so nothing dramatic happened, but the vile taste of the yolk was quite memorable. I had to spit it out.

Well, at least I tried. Mooncakes can keep for ages, if not for the yolk! Curiosity killed the cat, but satisfaction brought it back! 😀

48 thoughts on “Can you eat a one-year-old expired mooncake?”