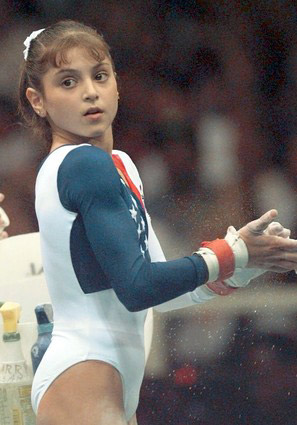 I’ve always wanted to go to the Olympics. My first experience with the Olympics was when I was 14 and watched every artistic gymnastics event to see if Dominique Moceanu was performing during the 1996 Atlanta Games. It was just on television but I had a *huge* crush on her.

I taped her feats and cheered when she won. I watched and re-watched her floor exercise – the one that she did with the background song The Devil Came Down to Georgia. I even joined her fan club. I was a card holding t-shirt wearing Dominique Moceanu fan!

I’m mildly embarrassed to admit this now, but I even wrote her letters. 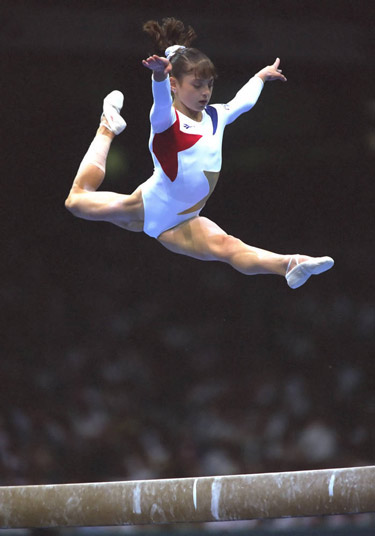 Funny story, there was this feature going on at The Star at the same time asking teenagers to submit what they think of the Olympics and I did. The editor cut out most of my putting-her-on-a-pedestal stuff but some of it got in and I received RM 50 for my efforts.

I didn’t even know they had a prize if you get published. It was, in effect, my first paid writing assignment.

Anyway, as I grew up, I was more interested in track and field but I still watch gymnastics and the best part for me was always the opening ceremony. 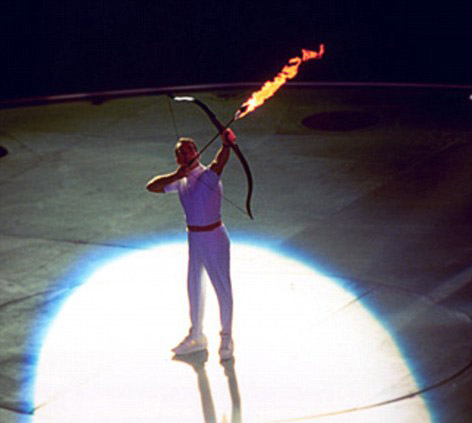 When I was 24, I was mesmerized by the archer shooting a flaming arrow to light up the Olympics flame in the opening ceremony when the Games returned to Athens, Greece. I swore I’ll be in Beijing for the 2008 Olympics. I went to Guilin two years later instead. I promised myself I’ll make it for the London 2012 Olympics and this time I did go to London…twice! 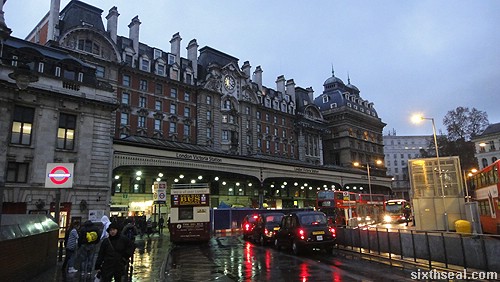 Alas, it looks like I’ll have to wait another 4 years before I can attend the Olympics in person since it’s so late in the game (pun intended) that all the tickets and accommodations for the Olympics would be all sold out. T_T

…and then I received this tasty morsel of news.

Samsung is running a contest where you can win a trip to London during the Olympic Games. All you need to do is to submit a 30 second video in English of you telling them why you would be great at hunting out all the best stories London has to tell during the Olympics.

There’s a list of criteria that they’re looking for and the contest ends on 29th April but I’m here to proclaim that:

Read about the Samsung Global Blogger contest for more details and go grab your digicams everyone! I’ll be doing one too. 😀

29 thoughts on “I wanna go for the London Olympics!”