Interesting fact: The Intel Anti-Theft Service is a *tied* into the hardware so you can’t bypass it by changing a HDD and re-installing a new OS or by flashing the BIOS. You can lock and track your device by just logging into a web page, thus rendering it totally unusable for the pilferer. That’ll effectively turn it into a brick or a very large paperweight! 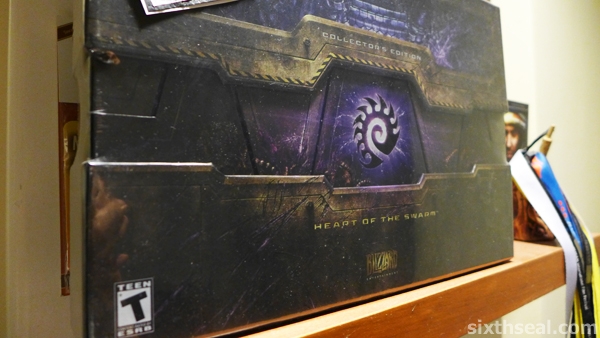 I’m a huge fan of Starcraft. I played the original, the Brood War expansion and Starcraft II. I have Wings of Liberty installed on this very notebook I’m writing on and my girlfriend saw me drooling over the Heart of the Swarm Collector’s Edition and secretly bought that for me. I used to compete in Quake III professional tournaments too (ranked #42 in PGL 2001 Melbourne).

My notebook needs a bit of extra processing power for the latest games though so I thought I’ll get the newer Intel CORE i7 ones with more RAM. This is where Generation Today comes in! It’s an absolute blast of a road show extravaganza till 30th June lined up with awesome events! 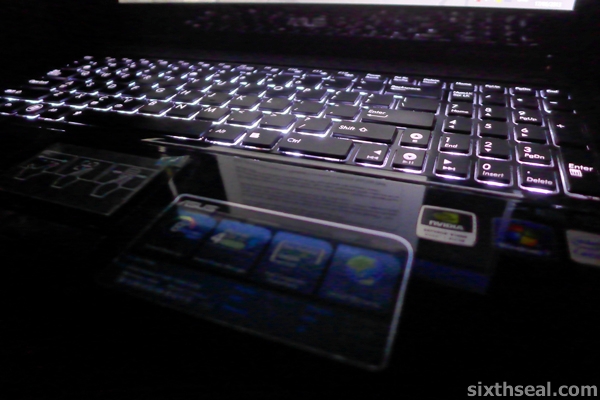 Heck, you get to win a brand new Ultrabook if you manage to defeat the Intel Anti-Theft Service with the given clues!

How cool is that? 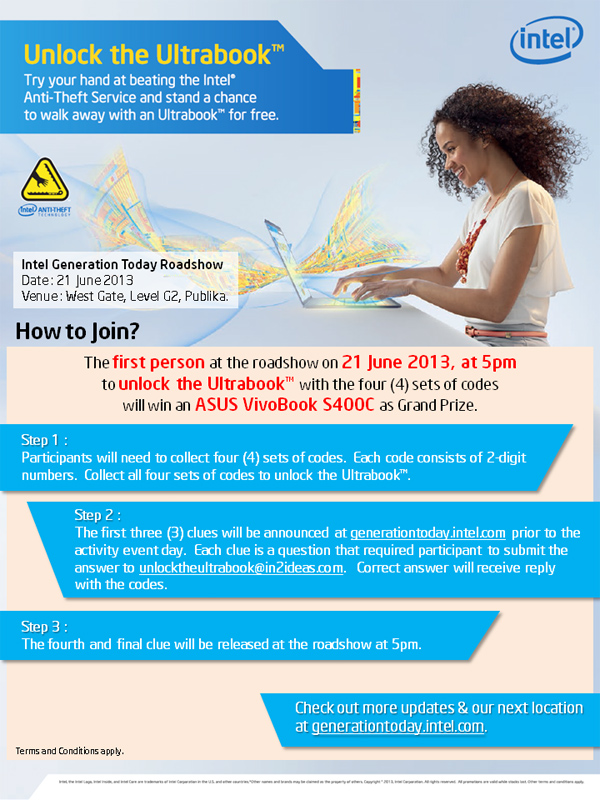 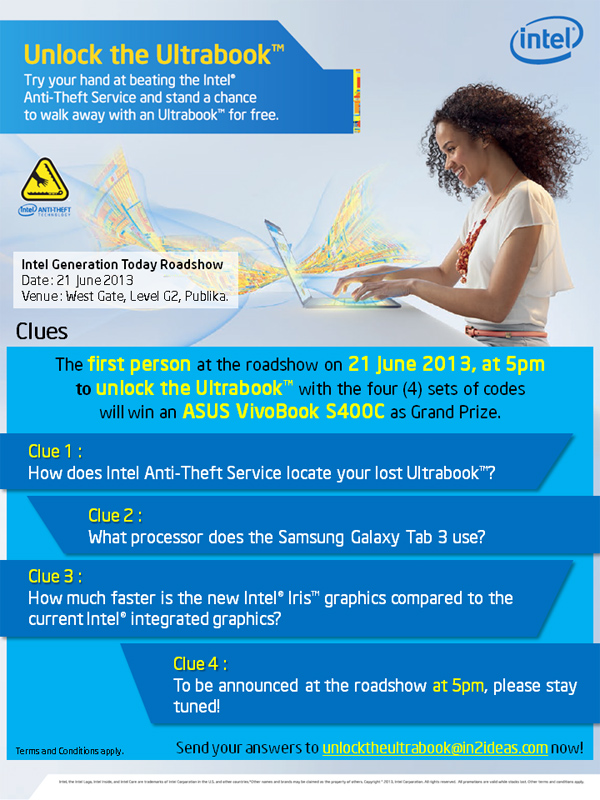 I’m a Computer Science graduate and I’ll certainly love to give it a go! 🙂

Oh, and there’s also exciting stuff going on like The Longest Touch Challenge (get your mind out of the gutter) which gives one school a complete computer lab and the participants gets to walk away with awesome prizes to boot. 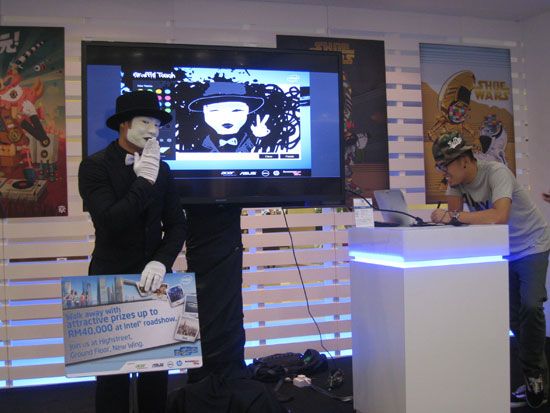 Also available is the Graffiti Touch Challenge where 2 units of Asus Fonepad will be given away!

There’s also a promo where you can trade-in your old PC/notebook for a brand new Intel PC at up to RM 600 off! I’m not quite ready to trade mine in yet but I’ll certainly be going for the fun and games, the biggest being a contest where you can win an experience of a lifetime worth RM 8,000! 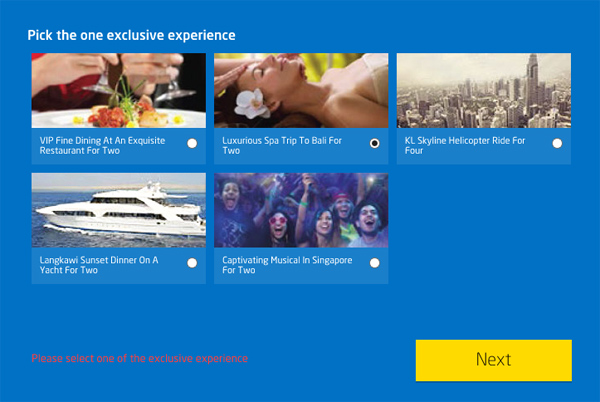 It’s based on the 5 senses:
Taste
VIP Fine Dining at an Exquisite Restaurant for 2
Feel
Luxurious Spa Trip to Bali for 2
See
KL Skyline Helicopter Ride for 2
Touch
Langkawi Sunset Dinner on a Yacht for 2
Hear
Captivating Musical in Singapore for 2

The Intel Generation Today Road Show will be held at the following till 30th June: 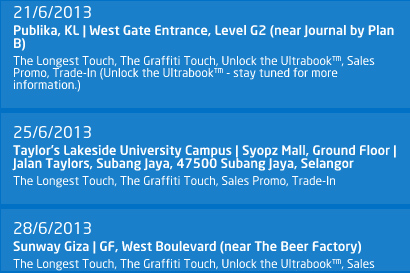 You just need to purchase an Ultrabook or Intel-powered device to qualify for the Experience of a Lifetime Contest by filling up the form and choosing which experience you want! I’m due for an upgrade anyway and a vacation sounds fun!

You can join the contest by surfing over to Generation Today or get more details on the promos, contests and road show venues and locations! It’s happening in 14 cities around Malaysia. The Generation Today campaign is sponsored by Acer, Asus, Dell, HP and Lenovo. I’ll be either at the Publika or Sunway Giza road show for the fun and games, and maybe trade-in for a new Intel CORE notebook, see ya there! 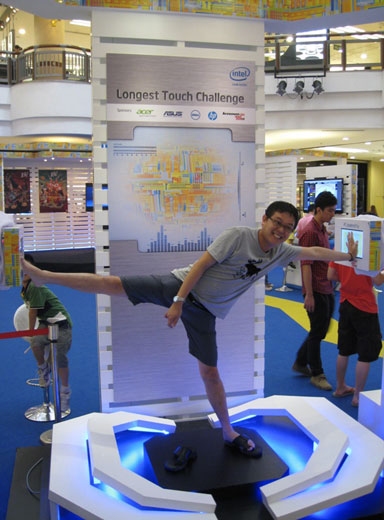 Plus, I really, really like the idea of walking away with an Asus Vivobook S400 Ultrabook if I manage to nick it in the Unlock The Ultrabook challenge! 😀

16 thoughts on “Generation Today – Win a laptop if you can steal it!”